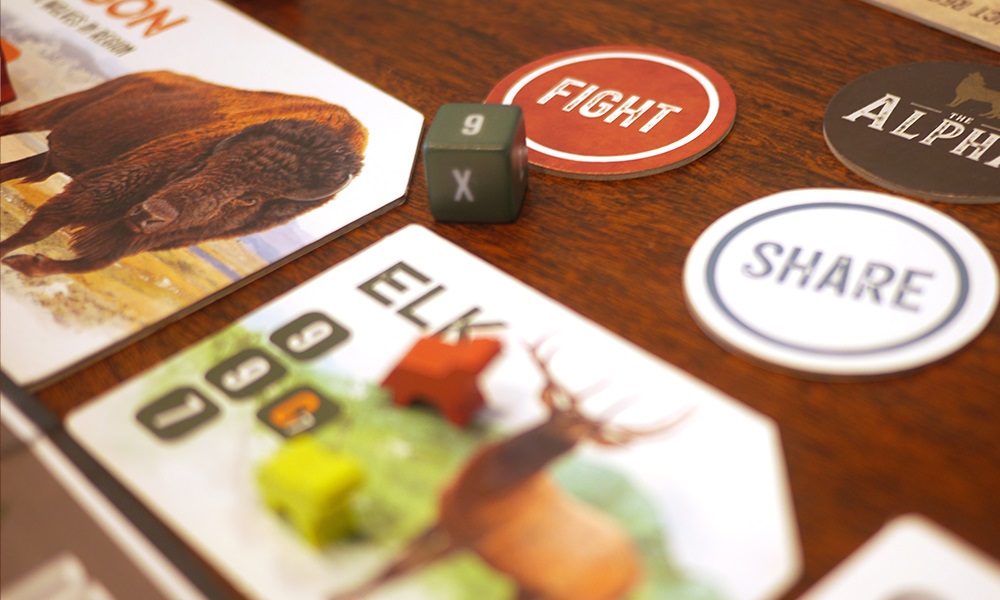 If you’ve ever played a game of Poker, Solitaire, or even Go Fish, you’ve probably used Bicycle cards at least once in your lifetime. Today, The United States Playing Card Company, manufacturer of Bicycle Playing Cards, has announced that it will release The Alpha and Exchange on June 16. Both games are touted as light strategy games and will allow three to six players to use their wits to win.

In The Alpha, players control a wolf pack, and they lead the wolves on a search for food. The Near Forest includes easier to catch, but lower value prey. The Far Forest has larger prey that are more difficult to attack, but if successful can result in a great reward. You will lead your wolves through four stages of the hunt which include the STALK where you send your wolves to hunt in various regions of the forest and outnumber rival packs to become dominant in the area. The CHASE where you roll the dice for the region to determine the success of the hunt. RESOLVE has you enter a conflict and decide whether to fight or share food with other packs in the region. Finally, ADVANCE where you can move your wolf on the food track to indicate the amount of food secured during the hunt. At the end of five rounds, the wolf pack with the most food will be declared The Alpha. 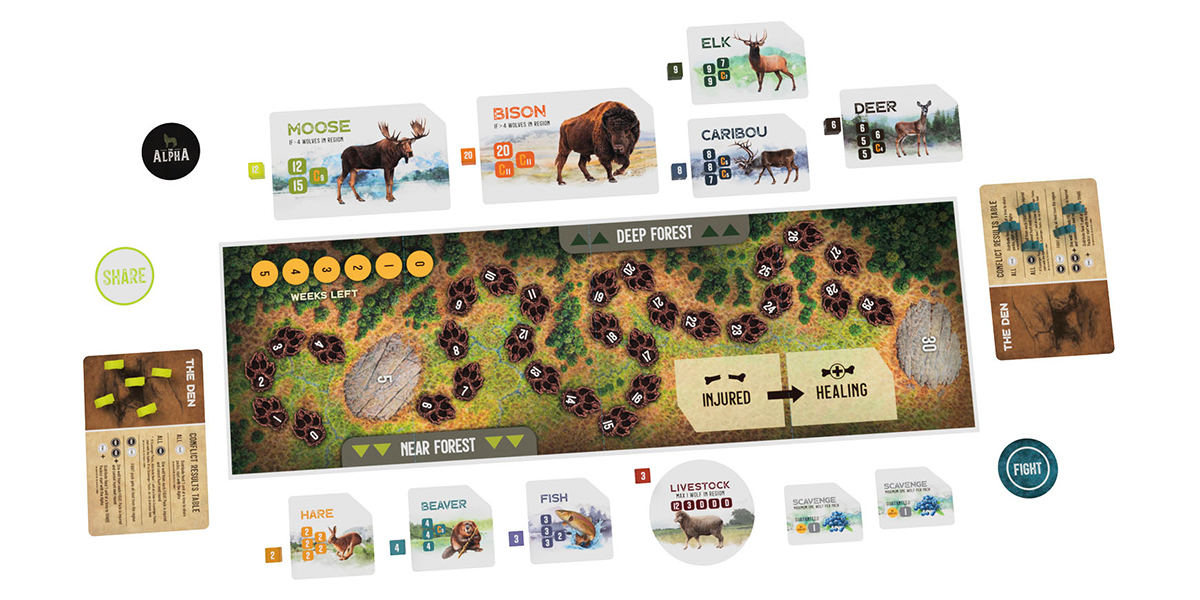 The innovative prisoner’s dilemma mechanic of fighting or sharing food brings thrilling and heart pumping excitement to The Alpha. The original art was hand-painted by a park ranger, bringing a beautiful authenticity to the flora and fauna represented in the game. This exciting light strategy game is for three to six players and is for ages 10 and up. The Alpha will be available June 16th, 2020 with a suggested retail price of $29.99.

“We are always looking for ways to expand our product offerings and the light strategy game category introduces the brand to an ever expanding and intriguing audience” said Michael Slaughter, President of The United States Playing Card Company. “Both The Alpha and Exchange are games that are unlike any others offered by us or by competitors in the market today.”

In Exchange, you are a securities trader competing for the highest net worth on Wall Street. Players will carefully plan their strategies over five rounds, trying to cash in big in a constantly changing market. The only thing harder than trying to predict the market is anticipating the actions of your opponents, sitting at the table with you. In the end, the player who corners the market and has the highest net-worth will win the game and the title of the best trader on the Exchange. 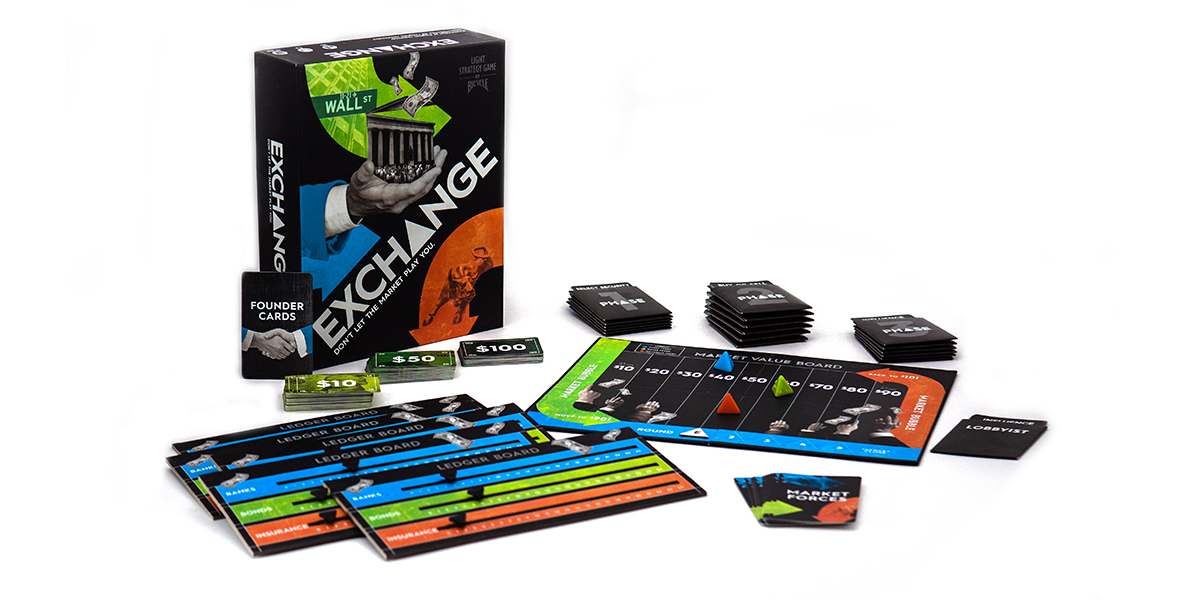 The game lasts a total of five rounds and each round consists of three phases. Phase 1: Select a security; Phase 2: Buy or Sell; Phase 3: Influence the Market. If you really want to get ahead, you can pop the market bubble. If a security increases above the highest value or drops below the lowest value, the Market Bubble “pops” and the price of that security will flip to the other side of the board, resulting in a huge shift in price. The market is constantly changing so each player will need to manage their securities carefully if they want to come out on top in Exchange. Previously self-published, the game has been upgraded with completely new art and high-quality components that improve game experience. Exchange is for three to six players and is for ages 10 and up. Available for the MSRP of $29.99, Exchange will also be available to consumers June 16th, 2020.