Today, Outright Games announced that it will release the racing game Blaze and the Monster Machines: Axle City Racers this fall for Nintendo Switch, Xbox and PlayStation consoles, and PC this fall. The game is based on the popular children’s show and will allow up to four players to race to the finish line with their favorite characters.

Fasten your seatbelts for the ride of a lifetime as Outright Games, the leading publisher of family friendly interactive entertainment, in partnership with Nickelodeon, today have announced a brand new kart racing game Blaze and the Monster Machines: Axle City Racers. Based on Nickelodeon’s hit preschool series, the game will release this Autumn on Nintendo Switch, PlayStation, Xbox and PC digital.

Blaze and the Monster Machine fans can become a part of the action by joining the amazing monster truck Blaze and his friend and driver AJ as they head out on adventures with their friends Pickle, Darington, Zeg, Starla, Stripes and even the cheating Crusher and zoom around the colourful streets of Axle City on a mission to win the racing championship.

Players can take on the championship on their own as one of seven distinctive characters or play together with friends and family in four player split screen and race for victory. 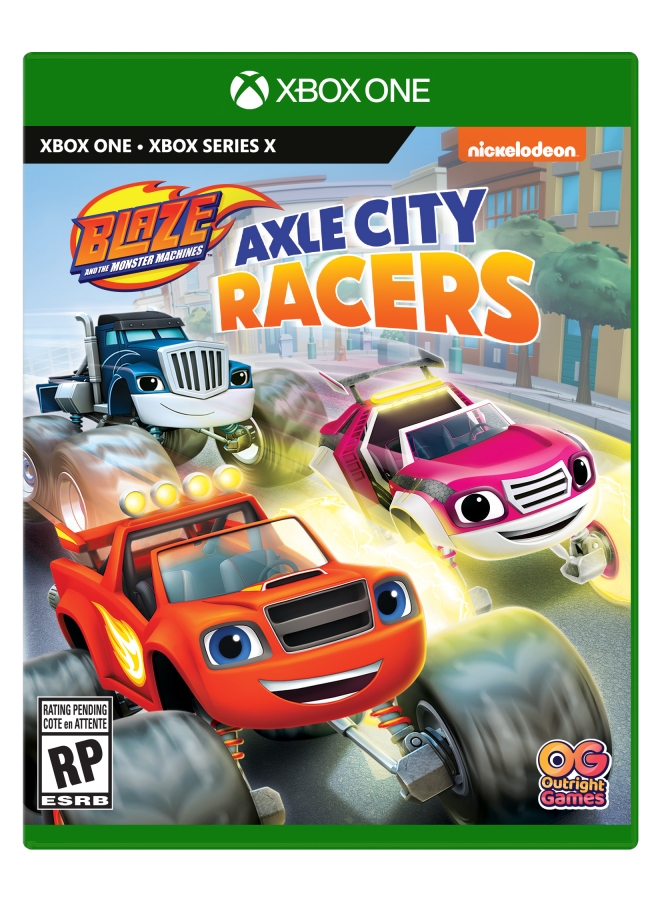 ● POWER UP – Use speed boosts, and perform stunts and tricks around amazing tracks like Race to Eagle Rock, Stuntmania and more

In the CG-animated preschool series Blaze and the Monster Machines, the amazing monster truck Blaze and his eight-year-old driver AJ have adventures that explore the physics of how things move; tackle problems through scientific inquiry and mathematics; and discover the parts needed to make everyday technologies work. Each action-packed episode is filled with monster trucks, physical humor and upbeat original songs with lyrics that highlight a STEM concept such as adhesion, friction, force, trajectory and magnetism.