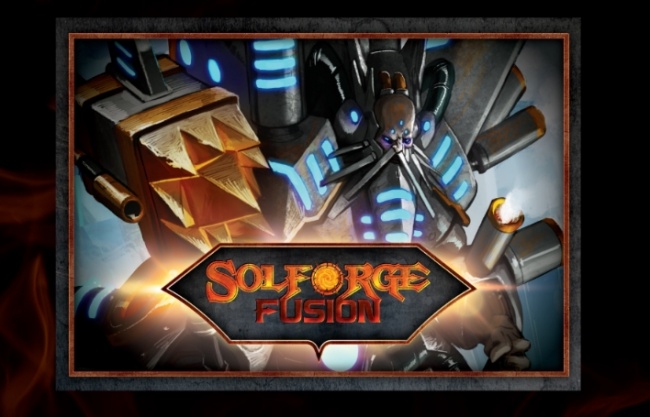 From the creator of Magic: The Gathering and KeyForge, SolForge takes a bold new step in their hybrid deck building game by bring it to physical tabletops with their new Kickstarter! This new game is a successor of the original digital card game SolForge that launched in 2016 on PC and mobile. The digital version of the game kitbashed the procedurally-generated format of Keyforge and the Jumpstart format of Magic: The Gathering into a free-to-play game with levelling mechanics that allowed players to reshuffle their deck’s discard into their hand with higher level versions of their cards. Unfortunately, in early 2019 the severs of the game were shut down and the prospects seemed slim from the outside prospective for the fledging deck game. 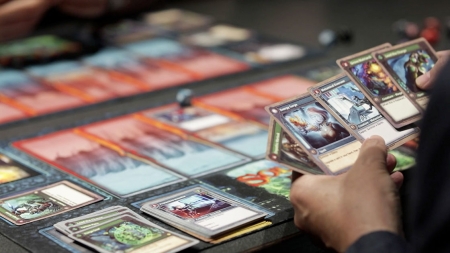 But all hope was not lost for the folks at Stone Blade Entertainment as this game breathes new life into the SolForge Franchise with Justin Gary, the creator of the Ascension Deckbuilding Game joining the team! With the transition into a physical card game, SolForge Fusion replaces its original deck construction system with a new format that uses a unique algorithmically card printing process to ensure that every deck is unique. With each half deck that is created through this process, you can combine them together to ensure that your strategy and playstyle is entirely different than your opponent, possibly giving you the upper-hand. 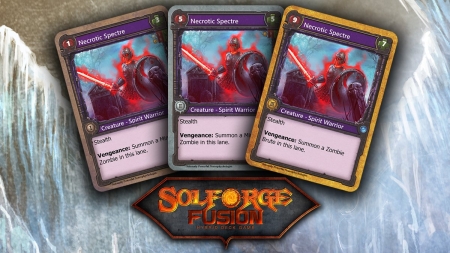 SolForge Fusion is also designed with both physical and digital in mind. Fusion allows each deck to be scanned into their database so that you can play remotely through Tabletop Simulator. This process will also allow for anyone to participate in Tournaments either online or remotely. 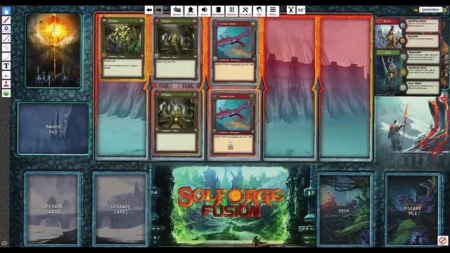 The Kickstarter for SolForge Fusion is already underway with it being funded in a mere 26 minutes. It offers several pledge levels that include unique decks, dice, and Kickstarter exclusive cards. There is even a top level pledge that will put your face on a card in the game for those that back at that level. At the time of writing, the Kickstarter has already hit its first stretch goal and is on track for more with a few weeks left in its campaign. So if all of this excites you then now might be the time to jump on board the Kickstarter to get some of those reward goodies. 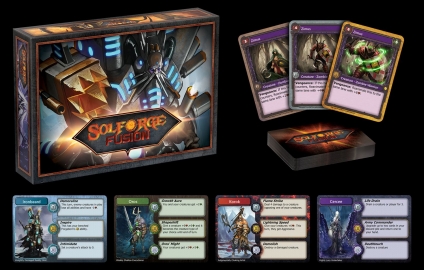 Can’t wait for more news about SolForge Fusion? Well you’re in luck because Gaming Trend will be interviewing with Justin Gary very soon and be meeting with them at Gen Con next week so stay on the look out for those posts soon!  For more information about this game and everything else in the gaming sphere, stay right here on Gaming Trend!