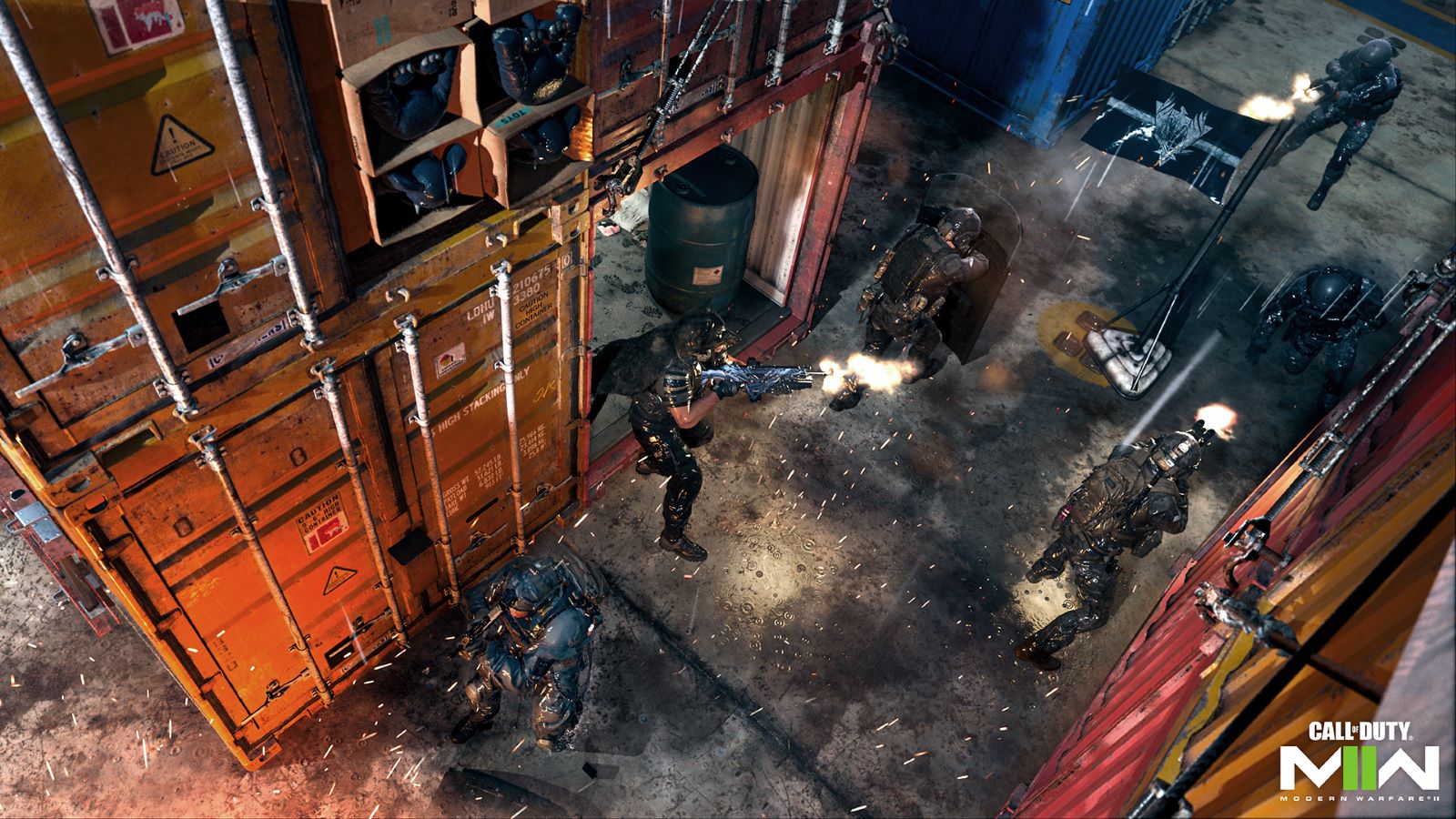 Call of Duty: Modern Warfare II and Warzone 2.0 Season 01 Reloaded are almost here. Shipment is making its return, but it won’t be how we remember it. We got a new dev post going over the changes coming to the fan-favorite map. Details are down below:

A little chaos is good for the soul, not to mention the beauty of XP gains on a tiny map like Shipment. In this iteration of the fan-favorite classic, the scene of battle moves to the high seas as SpecGru and KorTac forces face off against each other among stacked containers and crates filled with cash and illicit goods.

No plan survives contact with the enemy, yet even on this compact field there are tactics and strategies worth considering when fighting for that victory screen. Let’s dive in and perfect the fundamentals. 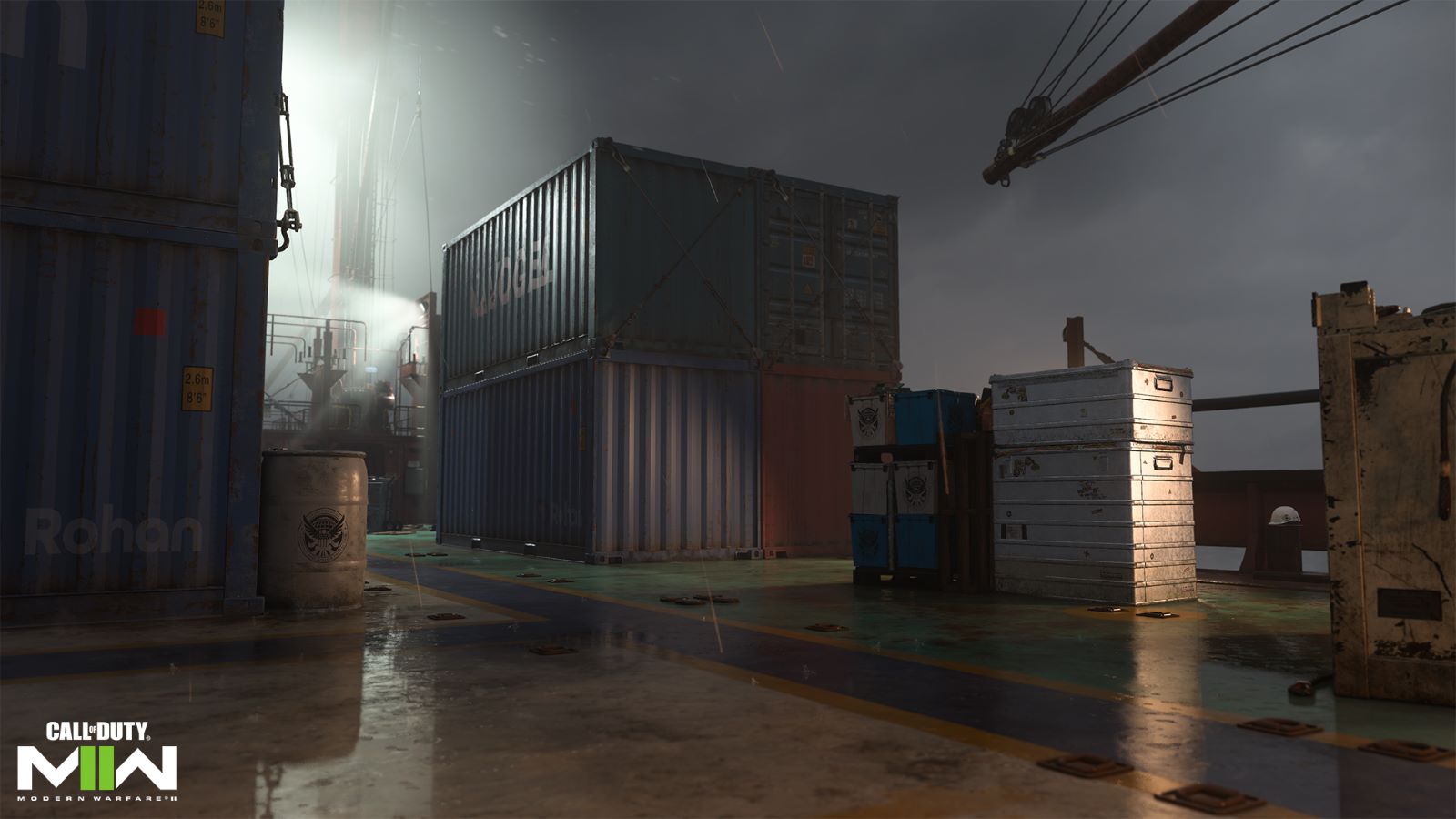 From Bridge Side, Operators must hold their position against the onslaught of enemies rushing in from Center and the opposite side of the map. Use the cash crates and the open northern container for cover. Shipment veterans will notice a key difference compared to the Call of Duty®: Modern Warfare® iteration of the map: there’s no climbing up into a higher container from this point; in this Shipment, the battle remains on the ground floor.

Bridge Side’s west end offers more cash crates for cover, but that’s it. Still, even in Shipment’s constant chaos, these cover pieces can mean the difference between survival and defeat; in objective modes, they conceal you when capturing the objective, not to mention providing decent cover with just enough room to make slight adjustments to your position.

Lastly, make use of the two blue barrels and the silver crate extending the cover line toward Center. These offer vital protection when peeking around either corner; this allows you to stay and fight or avoid taking too much damage before sidestepping back behind larger cover.

The eye of the storm. Center is a veritable madhouse, the area of the map where the most constant fighting occurs. In several modes, it’s the site of an objective, forcing Operators to take their chances. It also provides quick access across the map if you can survive the journey.

Unless there is an objective there, get out of dead center as soon as possible, as you’re exposed on all four cardinal directions; instead, hang back to protect your sides and catch enemies rushing through the middle. Watch for the half-open ground-floor container in Center’s northeast corner, a favorite hiding spot for those unwilling to brave the greater battle. Toss a grenade inside if you think there might be an enemy within.

The half-open containers on the map’s western and eastern boundaries offer ambush points in addition to emergency shelter against explosives and streaks. Don’t linger for too long, or that shelter will become a dead end.

The southern route nearly mirrors the north, though with some slight differences. Here, too, a container open on both ends provides west-east passage. Expect a lot of activity around the crates on either side of it as well as the nearby half-open container, which, while technically designated as part of Center, is often utilized by players in this section of the map. 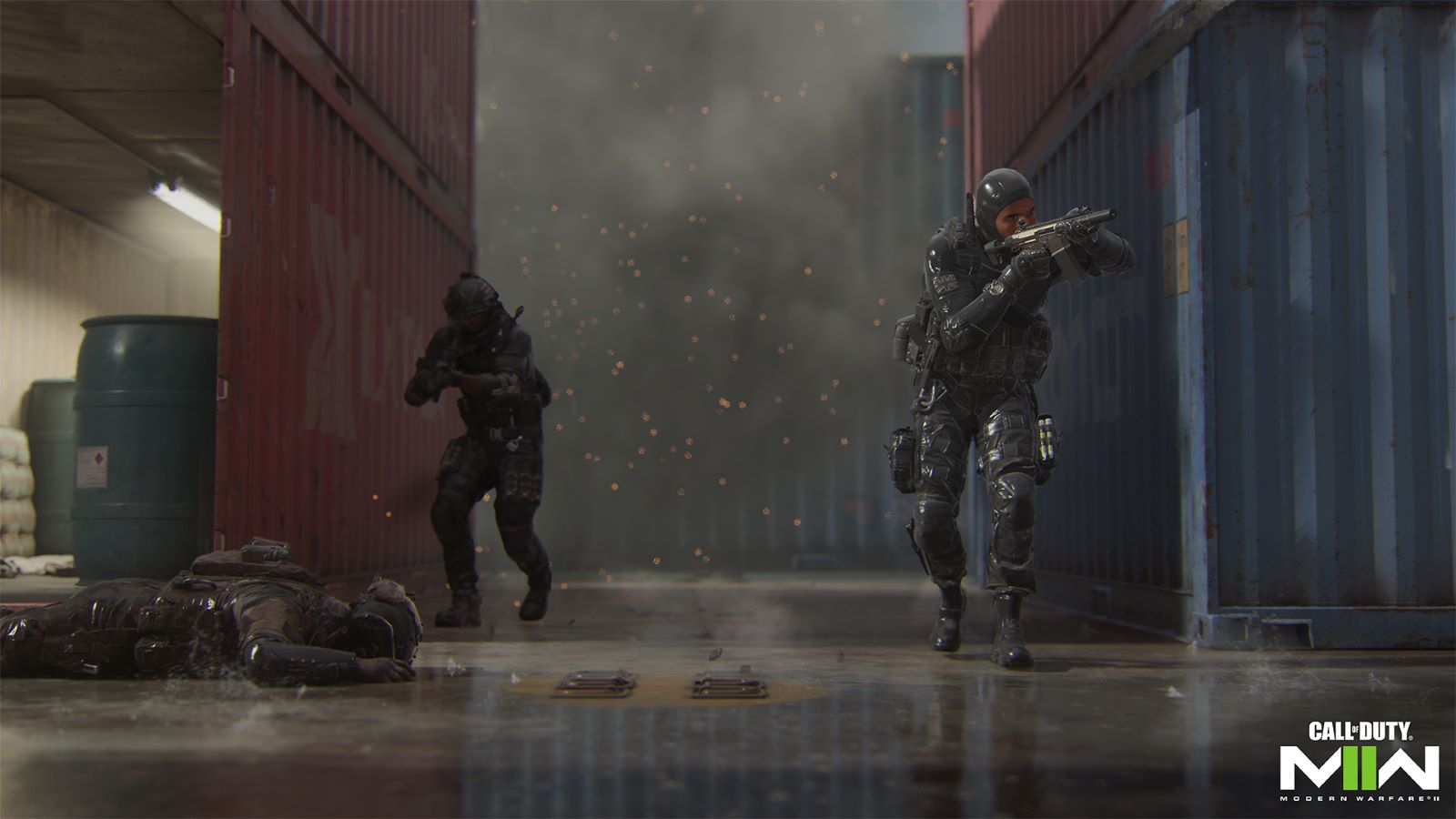 In all maps and modes, keeping an eye on the minimap vastly improves your situational awareness. On Shipment, it can help focus your split-second decision-making in terms of where to move next.

Keep an eye on your teammates in particular. Their positions indicate buffers in the environment, positions that are — at least for the moment — likely safer to travel through compared to other sections of the map. When you’re rushing through an area like Center, even the slightest advantage is worth grasping on to.

Getting constantly eliminated? Don’t worry, so is everyone else. On a map this small, it’s going to happen. Thankfully, with some patience and perseverance, the tide will often turn so that you’re the one doing the eliminating. The key here is to keep a cool head, to start each spawn fresh and ready to engage.

Remember that you don’t have to approach the match like a chicken with its head cut off; you can still be tactical, balancing when to move and attack and when to get behind cover for an advantageous position. It’s still chaos, albeit controlled chaos.