Independent developer Made from Strings has just announced that it is currently in development with its newest point-and-click mystery game Murder on Space Station 52. The Moonrise Fall developer has created a game plan which will highlight what players will expect while investigating a murderer in a unique sci-fi setting.

Edward Locke finds himself aboard a cargo ship en route to Space Station 52. Edward is a technical engineer who’s just been assigned a new post by the Trowe Company. One would instantly notice the odd helmet Ed adorned. When Edward was a child, he had a rare degenerative lung disease. His Mother being the brilliant scientist she was created a headpiece and sleeping pod that help regulate the pressure in Ed’s body. Ever since then, Edward has worn the helmet and slept in the pod, believing that if he spends too much time apart from them, the separation will end in his demise. That is reality for Edward, whether or not it’s the truth that has yet to be discovered.

Space Station 52 was once a hot spot and a prominent tourist destination. The on-station lake stalked with some of the universe’s most delicious seafood helped supply the local 5-Star restaurants. The Grand Millenium Hotel housed some of histories biggest stars and politicians. It’s was a place to relax and enjoy some of the most luxurious things in life. Now it’s little less than a chapter in the history books. Malnourished and crumbling, with many residents having moved on, the Space Station is nearing its finish. With no notice, the previous engineer on 52 had disappeared. Still, Edward questions why the company would send him to a place like this, was it because they believed he was an Engineer of such quality he could turn the situation around, or do they simply just not care. While Ed had no way of truly knowing, if he told you he didn’t believe the latter, we would be lying. 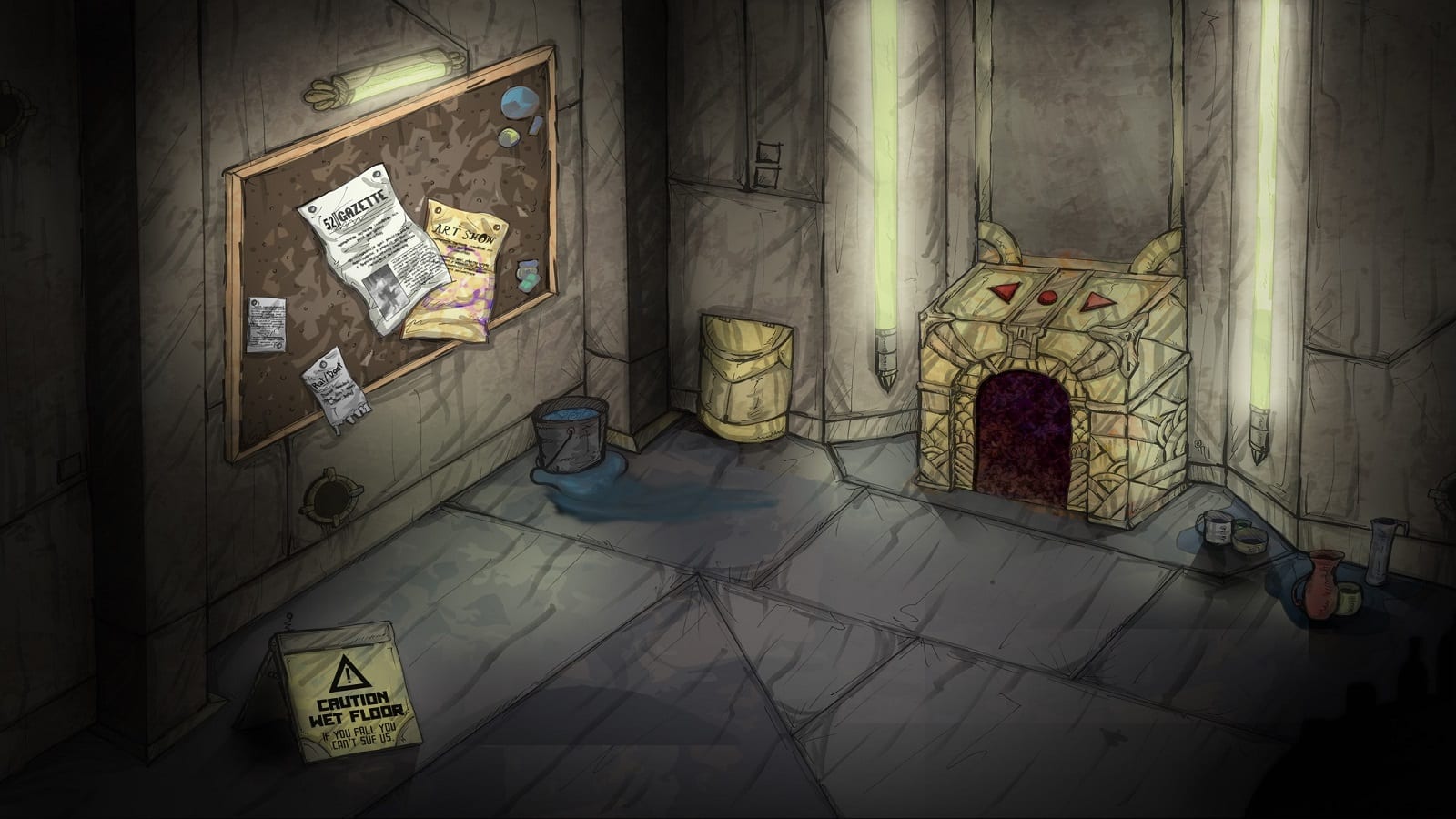 As Ed arrives at the Space Station, what he finds is a decaying beauty. He begins to interact with those odd few left on the station and discovers a melancholy and strangeness that seems to of tainted nearly everyone there.  No time is wasted putting him to task though, barely even having time to gather his things for his new living quarters, his sent on his way.

While investigating a malfunctioning moisture recycler, Edward starts to have visions of things that simply can’t be. Brushing it off as some version of jetlag, he presses on. As to the mystery of the broken recycler, his first clue is a pool of blood, his second, the mangled remains of the engineer he was sent to replace, logged in the machine. Perhaps overwhelmed by the sight of the body, Ed stumbles back, his mind rambling with visions. An encroaching blackness overcomes him, grasping for sanity, Ed falls to the ground.

A pinhole of light interrupts the void.

Rudely welcomed by the fluorescent bulbs of the doctor’s office, Edward is jolted awake. From here on, Edward finds himself in a world sometimes odd, sometimes beautiful, but always filled with deceit, mystery, and murder.

The developer has laid out plans for the game, which will be played in a Chapter format. Players will be able to interact with the world through puzzles and dialogue trees, and will try to solve the mysterious murders between chapters.