Today, Outright Games announced that it will release the first-ever console and PC video game adaptation of The Last Kids on Earth on June 4, with The Last Kids on Earth and the Staff of Doom heading to PlayStation and Xbox consoles, Nintendo Switch, and PC. The game will allow up to four players to survive in a zombie apocalypse, participating in local co-op modes (with online multiplayer being implemented at a later date).

Outright Games, the leading global publisher of family-friendly interactive entertainment, together with Atomic Cartoons (the Kids and Family Division of Thunderbird Entertainment), and development studio Stage Clear Studios, have announced a June 4, 2021 release date for the upcoming kid friendly zombie and monster action video game The Last Kids on Earth and the Staff of Doom. The production partnership is managed by Atomic Cartoons’ worldwide agent for merchandise, licensing and video games, Cyber Group Studios.

This new action adventure is set in the best-selling, Emmy award-winning universe of The Last Kids on Earth, and will be available June 4, 2021 on Nintendo Switch™, PlayStation®, Xbox and Steam.

In The Last Kids on Earth and the Staff of Doom, fans can immerse themselves in an all new story, exploring the massive town of Wakefield and taking on hordes of zombies. Play as the series’ legendary heroes Jack, Quint, June and Dirk, as they search for the missing pieces of the ultra-powerful ‘Staff of Doom’ and try to overcome Malondre, the Queen of the Slime Monsters, as she seeks to summon Rezzoch, the Ancient Destructor of Worlds. At launch, players will be able to jump into 1-4 player offline couch co-op mode, which will soon be followed by a patch that will add online multiplayer functionality. 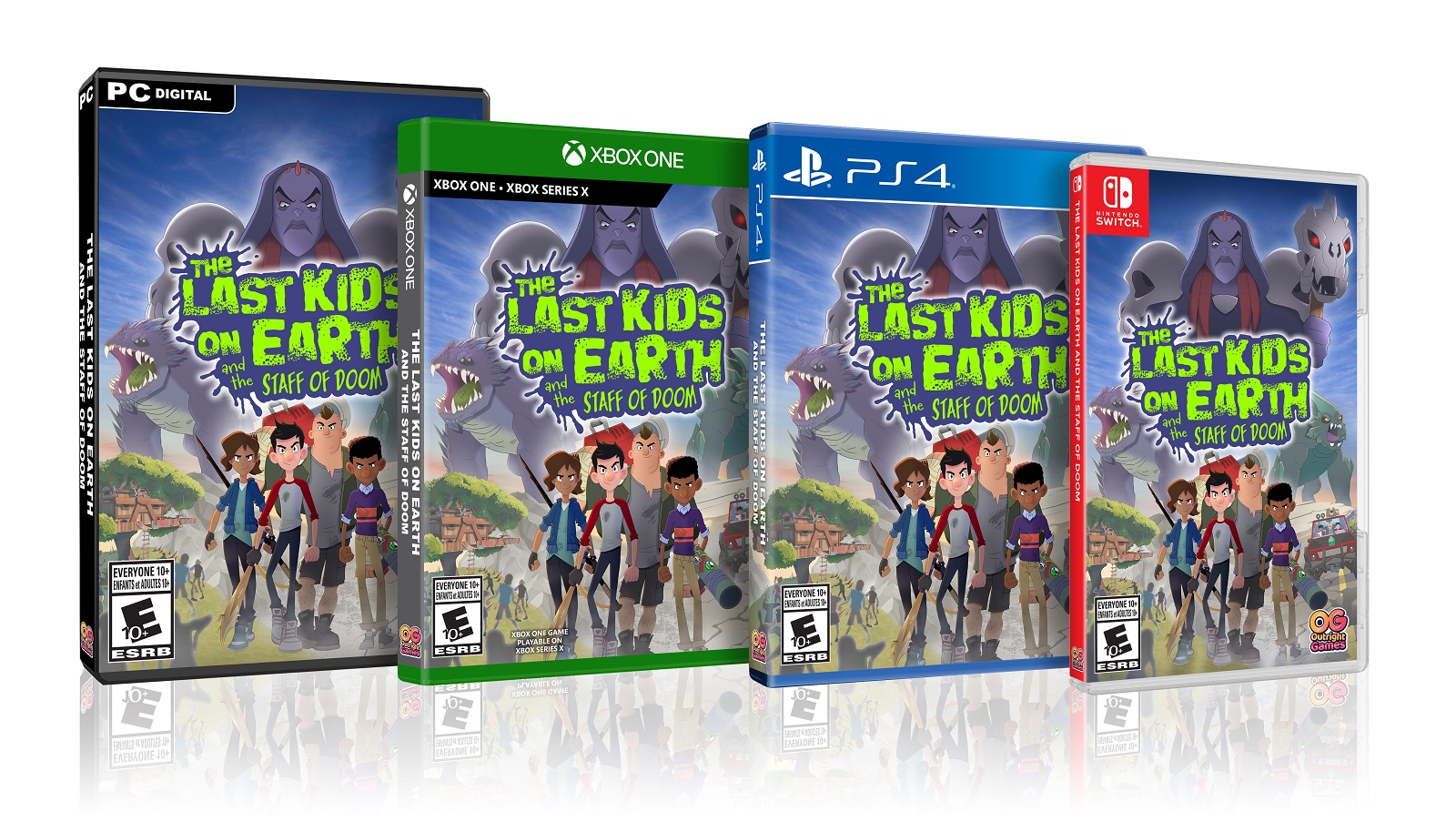 Terry Malham, CEO of Outright Games: “We are delighted to reveal more details about this exciting original story that serves as the backdrop for our interactive addition to the amazing universe, of The Last Kids on Earth. Our partnership with Cyber Group Studios has allowed Outright Games to work on some of the most exciting kids’ entertainment franchises in the world today. The Last Kids on Earth has proven to be a perfect fit to adapt into a video game, and along with our partners at Cyber Group, Clear State and Atomic Cartoons, we’re confident that fans and newcomers alike will fall in love with what we’ve got in store for them”.

The brand-new game is based on The Last Kids on Earth book series from Penguin Random House, which has sold more than five million copies in print around the world, in addition to being named to numerous best-selling book lists such as The New York Times, USA Today, and The Wall Street Journal. A new Last Kids graphic novel, “Thrilling Tales from the Treehouse” was also published on April 6th 2021, which includes six brand new short stories by Max Brallier, and full-color art by Anoosha Syed, Xavier Bonet, Lorena Alvarez, Jay Cooper, Christopher Mitten and The Last Kids on Earth series illustrator Douglas Holgate.