Yesterday, Ratalaika Games and Sick Chicken Studios announced that it will release its point-and-click adventure game Guard Duty to consoles starting April 21, with the PlayStation 4 release being first, the Xbox One release hitting stores April 22, and the Switch version coming out April 24. The game will feature over 6000 lines of fully voiced dialogue as players control a bumbling guard and an agent in the distant future in order to save the world.

After a long night on the town, Tondbert, a loyal guard to the Castle of Wrinklewood, is summoned by the king as an evil force has kidnapped the princess due to Tondbert’s ineptitude. Things couldn’t possibly get worse, right? A thousand years later, humanity is on the brink of extinction, and Agent Starborn is humanities only hope! How do these two separate events affect each other? Find out in Guard Duty! 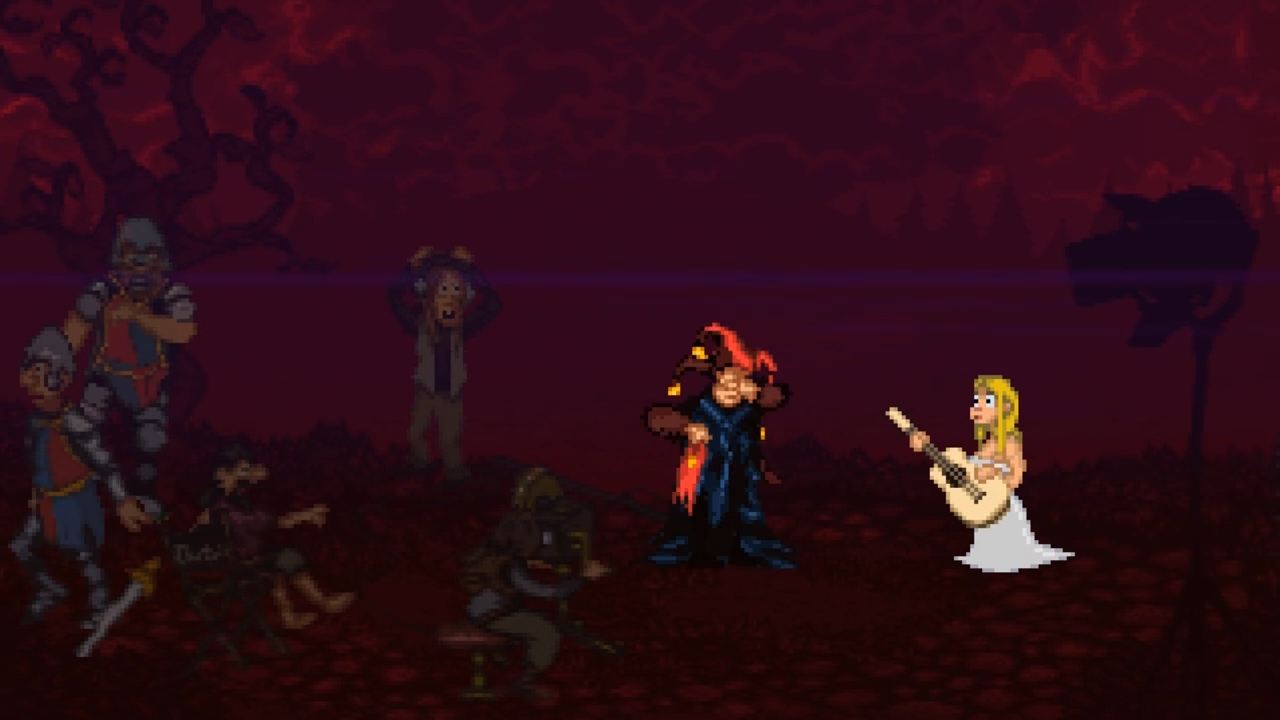 Developed by Sick Chicken Studios, Guard Duty is a love letter to classic comedic point-and-click style adventure games from the 90s. Players will take on the role of both Tondbert, a loyal guard from the forgotten past, and Agent Starborn, a future hero, to save the Earth destroy an ancient evil! Ratalaika Games’ is pleased to announce that Guard Duty will be releasing in April onto PlayStation 4, PlayStation Vita, Xbox One, and Nintendo Switch!