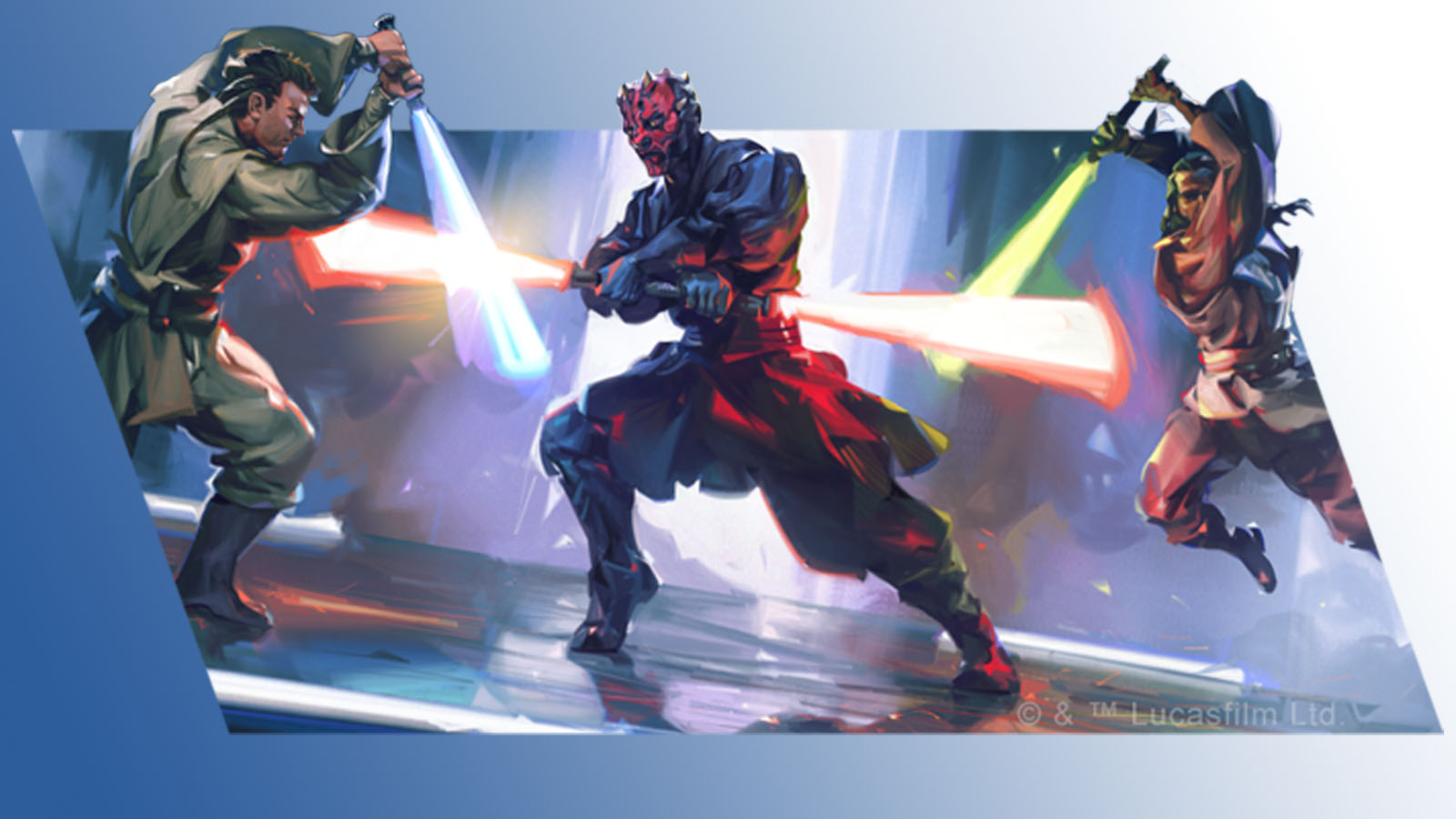 Fantasy Flight Games is excited to announce the addition of Darth Maul, Anakin Skywalker and both republic and separatist specialist to their tabletop miniatures game Star Wars: Legion. These new additions will join the Clone Wars as they continue to rage on and provide even more strategy options to try and turn the tide for your side. The expansions featuring Anakin Skywalker and Darth Maul will be available in the fourth quarter of 2020, while the other two expansions are scheduled for the first quarter of 2021.

Featuring iconic characters as well as unsung heroes from both the Galactic Republic and Separatist Alliance, these expansions unlock a host of bold new ways for you to lead your armies. With them, you’ll be able to call upon even more powerful Force users to stem the tide of battle or enhance your corps units with all-new abilities.

Anakin Skywalker Commander Expansion
Hero of the Republic. The Chosen One. Anakin Skywalker’s exploits during the Clone Wars have made him a legend throughout the galaxy. Known as a fearless battlefield commander, his skill has earned him the respect of those under his command and the ire of his enemies. Now he’s prepared to take any means necessary to complete his goals.

As one of the most powerful Jedi in history, Skywalker has much to contribute to your armies. His mastery of the Djem So form of lightsaber combat allows him to make powerful counterattacks against opponents carrying blasters and blades alike, especially if he has taken an Offensive Stance. But Skywalker is also tempted by the dark side and should be careful to not allow his foes to exploit this weakness.

This dual nature is reflected in the beautifully detailed, unpainted hard plastic Anakin Skywalker miniature in this expansion, which can be assembled either with a firm two-handed grip on his lightsaber or with an open stance. Beyond his natural abilities, his three command cards give you the chance to perfect his skills as a leader and combatant, while six upgrade cards invite you to customize him to fit your strategy.

Republic Specialists Personnel Expansion
While Jedi Generals like Anakin Skywalker lead the Grand Army of the Republic, clone troopers keep it running at peak efficiency. Some clones even combine the skill at arms and genetic template all clones share with further specialized training in areas like communications and engineering to support Republic operations on the ground.

Among the most important of these clones are the commanders who lead entire regiments, often personally taking to the field of battle and fighting alongside the Jedi generals to whom they directly report. These clones are masters of strategy, combat, and tactical acumen who can be trusted with the most vital missions and battlefronts. When supported by specialists carrying equipment like a Portable Scanner, clone units become even more flexibile, able to have friendly units generate dodge tokens.

The Republic Specialists Personnel Expansion puts four clone troopers with special training at your disposal, allowing you to field a generic commander unit and add personnel upgrades to other units in your army, including a clone commander unit leader, clone medic, clone engineer, and a clone comms technician. No matter which of these troops you choose, you can always make use of the Republic’s signature strategies with the three new command cards exclusive to the Galactic Republic faction found here.

Darth Maul and Sith Probe Droids Operative Expansion
Nefarious forces are at work in the shadows of the Clone Wars. As battles rage on planets across the galaxy, the Sith, once thought eradicated, plot to take their revenge on the Jedi Order and none is better at carrying out Darth Sidious’ will than Darth Maul. With his Sith Probe Droids guiding him to his targets, nothing will stop this menace from accomplishing his dark purposes.

Fueled by his hatred, Darth Maul wields his iconic double-bladed lightsaber with uncommon ferocity, using the unpredictable Juyo form of lightsaber combat to channel his own inner rage and torment into raw combat ability. His DRK-1 Sith Probe Droids make him even more dangerous by covertly observing his foes while Maul uses all of his skill as a duelist to remain elusive and deny his enemies any advantage they may have.

Maul’s unpredictable fighting style translates into his finely detailed, unpainted miniature, which can be assembled in three different poses. He can appear menacing his foes with his double-bladed lightsaber in front of him, preparing to strike with the lightsaber behind him, or with a two-handed grip on his lightsaber. He is only made stronger by his three DRK-1 Sith probe droid miniatures, his three signature command cards, and eight upgrade cards that give you the freedom to explore Maul’s hatred of the Jedi. 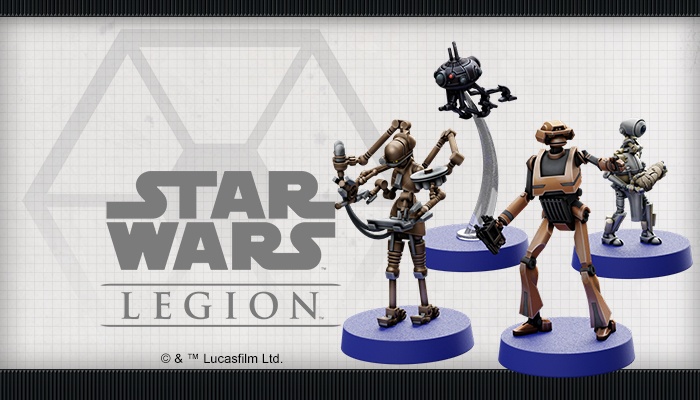 Separatist Specialists Personnel Expansion
The Separatist Alliance relies on its seemingly endless ranks of battle droids to secure victory in the battles of the Clone Wars. It should be no surprise, then, that still more droids are used to maintain these vast droid armies. While members of the Separatist high command like Count Dooku are plotting a galaxy-wide strategy, T-series Tactical Droids are leading the way on the ground and other droids, like the PK-series worker droid, are keeping the army up and running.

The Separatist Specialists Personnel Expansion invites you to upgrade your forces with four new droids that can fill your units’ personnel slot. In addition to a T-series Tactical Droid and PK-series worker droid, you’ll also find droids that can assist in all phases of combat, including an EV-series medical droid to treat the wounds of your organic units and a Viper recon droid to collect valuable intel.

Boasting advanced processors and sophisticated programming, the T-series Tactical Droid in this expansion is particularly versatile, able to boost the reliability of individual units or even take command of CIS military forces. These droids are well-versed in common Separatist strategies, represented by the three new command cards found in this expansion and that can be deployed by any Separatist commander.

Fans of these characters will be glad to finally add them to their armies to help them achieve victory. Stay tuned to Gaming Trend for all your tabletop news.