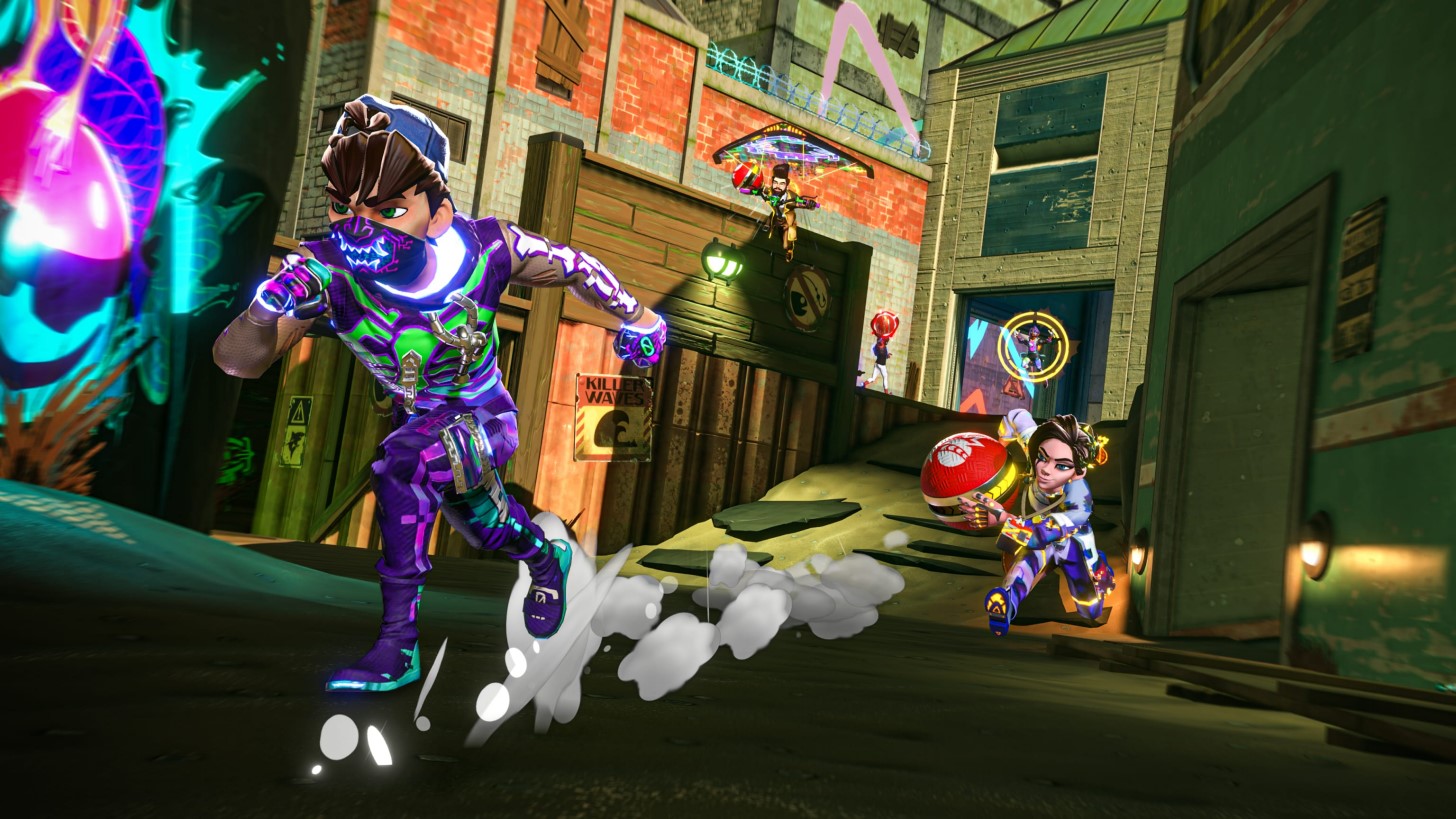 This Season has so much to uncover. For starters, who is Z3R0, and what exactly does that message mean? “Our city, our rules. Commence throwdown,” sounds like something big is about to happen. There’s got to be a way to learn more about this Z3R0, what they want, and why they’re here.

The ambience in Season 3 sets the perfect mood for a mystery: the first thing you’ll notice when you visit your Hideout on October 5th at 12pm (noon) UTC is that it’s been overtaken by a glitchy, techy vibe. The clouds are gathering in the sky, casting a dark and sinister hue around you—it’s the perfect sort of mood for when it’s about to go down. Let’s take a deeper look at this reveal! 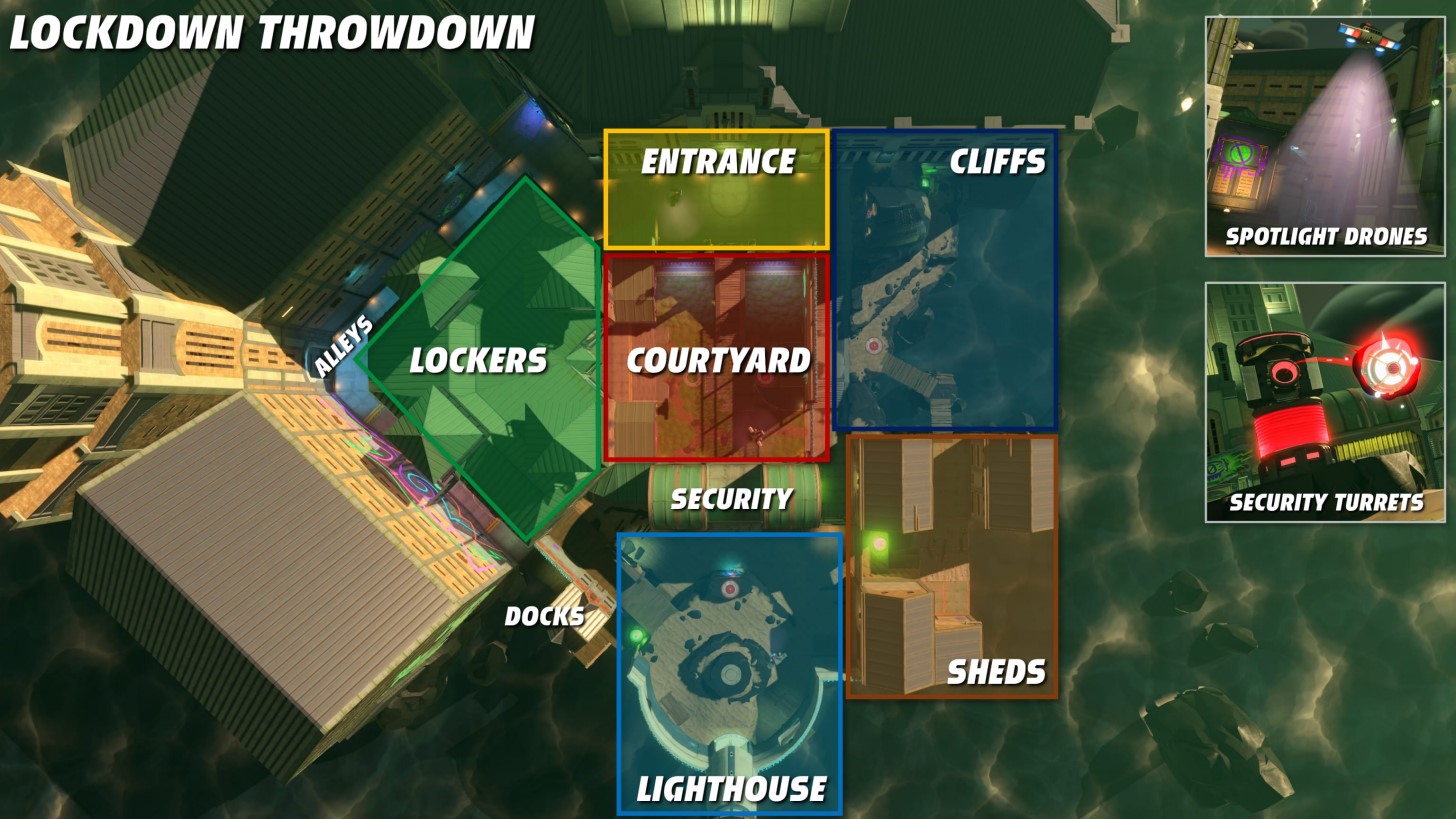 If you got beef to settle, this is the place to bring it. Queue up and settle the score in Lockdown Throwdown. This prison yard map is located on a small, rocky island, surrounded by cliffs. Rumor has it that this site was abandoned years ago, but it feels strangely alive, like someone—or something has turned the Turrets back on.

Your opponents aren’t the only ones you’ll have to look out for. Spotlight Drones and Security Turrets can trap an unsuspecting player. Cross the spotlight path and it will alert the nearby turret of your presence. The Turret will lock onto you with a Cage Ball and attempt to confine you, but if you’re quick enough, you can catch it and use it against the other team. You’ll need to keep your wits about you as you attempt to take out your opponents, or you’ll end up trapped here! Better stop by your friend the Radio Bot in the Hideout before attempting a match to get the full lowdown, not to mention those sweet Holobux for completing the new training.

No one ever escaped Folsom Prison on their own, and the same is true with brawlin’ in the yard. Use these handy callout maps to relay your location to your teammates so you don’t end up doin’ hard time, or worse yet, losing.

Starting in Season 3, Street Rank won’t be the only way you can level up and unlock exclusive cosmetics to show off on the field! Introducing: Brawl Pass!

Brawl Pass has 100 levels with unique rewards to score along the way. Levels unlock as you finish matches, earn XP, and complete Brawl Pass Contracts. Each week, you’ll see 6 new weekly Brawl Pass Contracts that you can track progress on as you play, and leveling up will grant exclusive new Cosmetics, Crew Vehicles, Energy Drinks, Style Chips, Holobux and more!

You can choose from the free version, which gives you a reward every five levels, or the Premium version for 950 Holobux, which grants you a unique reward at every single level. These aren’t just little trinkets either: scroll through and preview the items—you’ll find Outfits, Crew Vehicles, MVP Poses, Style Chips, and more than enough Holobux to purchase the next season’s Brawl Pass! Because we’re confident that once you start playing with Brawl Pass, there ain’t no going back, baby. We’ll also be kicking off Season 3 with an event that will award up to 1500 Holobux for completing Contracts, making it easy for everyone to jump in with that Premium upgrade at the beginning of Season 3 without needing to spend a dime! If you want some time to make up your mind, no matter when you upgrade to Premium you’ll immediately unlock all preview Premium rewards, so feel free to take it for a spin before dropping those Holobux. 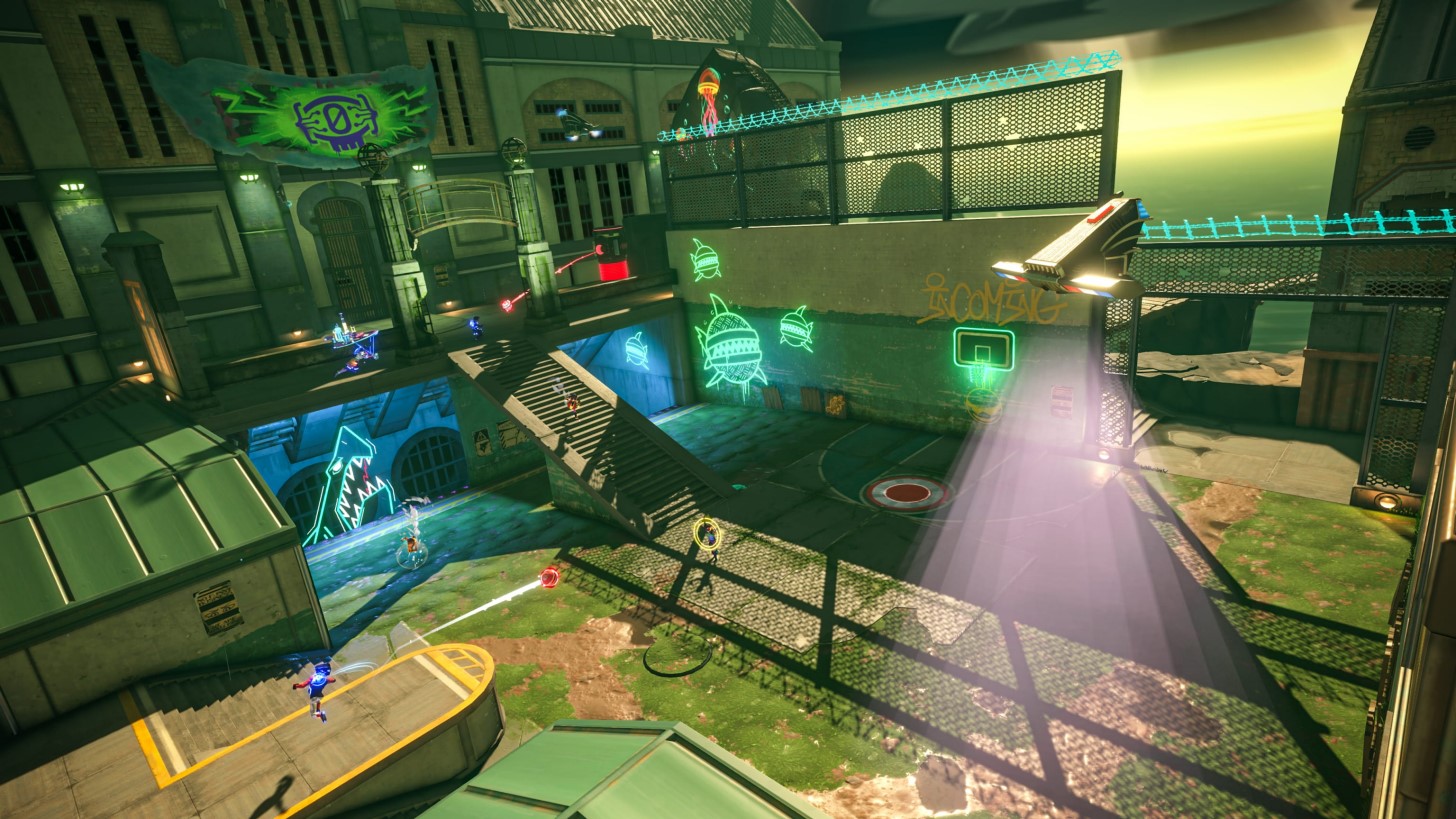 Head on over to your Contracts, where you’ll find the “Brawl Pass” tab, which contains the active Season’s Brawl Pass Contracts. Each week, you’ll find 6 new contracts which each reward one Brawl Pass level when unlocked. These six are broken down into three Free and three Premium Contracts. A 7th Contract, which lasts all Season long, rewards Brawl Pass levels for earning higher and higher amounts of XP.  You can purchase the Premium version of Brawl Pass at any time, but you’ll be unable to start progress toward those Premium contracts until you upgrade.

For those of you constantly scouring for deep Knockout City lore, listen up: whether you upgrade to Premium or not, Brawl Pass also contains Deep Space Dispatches straight from the DJ on the Moon. Each Deep Space Dispatch is an audio transmission that gives brawlers a look into what’s happening out there with your favorite (and only) Pirate Radio DJ and the mystery known as Z3R0. There are eleven total transmissions, which unlock as you level up your Brawl Pass, so you’ll need to stay focused and level up if you want the whole story!

Try it out! If you decide to play a few rounds and unlock the Premium Version a few levels up, you’ll be able to immediately claim all your previous Premium level rewards!

We previously announced that League Play would be changing in Season 3. You can read all the details here, including why we decided to swap in Team Elimination for Team KO, an overhaul to Skill Rating and more! You’ll also have brand new rewards in Season 3, here’s a sneak peek!

What else is new in Season 3? Sorry, I can’t hear you over that low rumble that appears to be heading our way. Motorcycles have come to Knockout City! It’s time to ride, baby! Unlock different styles by completing contracts or leveling up in Brawl Pass. And, when you arrive, you want people to know it, so what better way to announce your presence than with your unique Crew Horn, a new Crew Customization option coming in Season 3? Styles range from a simple horn announcement all the way to unforgettable songs.

That dark tech noir vibe is all over this city, and your outfits have got to match the mood. This Season’s cosmetics feature a high tech hacked vibe that is gonna take your look to another level. Choose from brand new Outfits, Gloves, Faces, Hairstyles and more.

Finally, one of the new cosmetics we’re most excited to share with you: starting in Season 3, you’ll be able to choose from four brand new player voices, uniquely crafted to give your character exactly the sound you were looking for… or didn’t know you needed. Try on the voice of Z3R0 for size—it’s hard not to be amused by his glitchy narration as he sails through the air for an Ultimate KO. Want to come off as a little rough around the edges? Choose Street Tough for that gritty voice that sounds like they’ve seen some things. Or, if you’re going for something a little more approachable, try out Sassy and Sweet. They’ll be rotating through the Brawl Shop, so keep your eyes—and your ears—peeled.

If you’ve ever finished a plate of French fries and thought to yourself, “If only Energy Drinks could come in this flavor,” then have we got something for you! Down a Potato Punch and get +500% XP for KO finishes with undercharged shots. It pairs perfectly with the sound a Sniper Ball makes when you slow lob it at your opponent’s face.

We’ve got a lot more coming your way throughout the Season, so you’ll have to stick around and find out. For those of you that liked Heatwave, Brawl Crawl, and KO City Heroes, you’re gonna love the events coming your way in Season 3, and you won’t have to wait much longer to find out more.

Stay tuned to Gaming Trend for more info on Knockout City and for all your gaming, tech, and entertainment news!