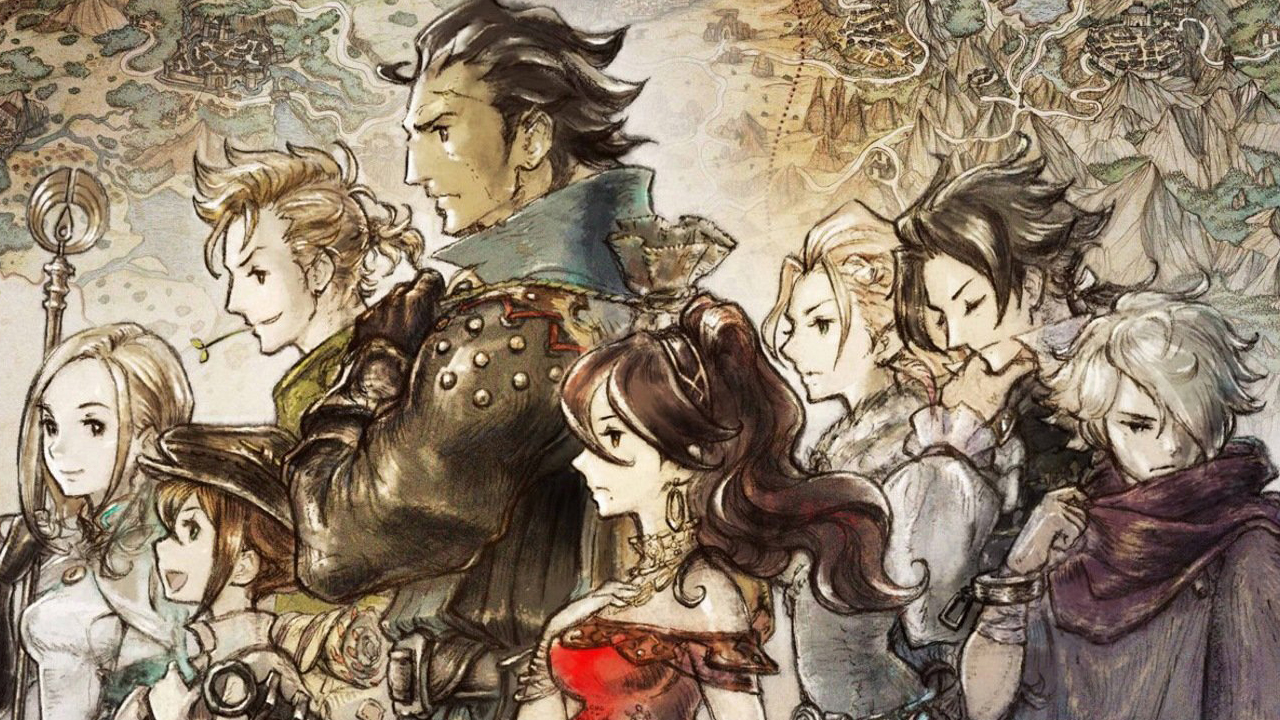 When games are ported to PC from console instead of the other way around, we like to put it in the Gaming Trend pressure cooker to see what is different about the port, how it performs, and what fans can expect should they take the leap. This time we take a closer look at Square Enix and Acquire Corp’s multi-path RPG title Octopath Traveler and its journey from Nintendo Switch to high-powered PCs. While we won’t be focused on the game itself (our review is featured here), we will be looking at the things that make this port great or where it can be improved.

Dropping in at just shy of 8GB worth of download, it’s clear that the game has seen some graphical upgrades even before we boot it up. Once you do boot it up, however, you’ll notice the biggest and most impactful difference — framerate and resolution. Provided you have the hardware to do so, naturally, Octopath runs at 4K resolution and 60 frames per second. Thanks to the underlying Unreal Engine 4, the game takes full advantage of the PC’s more powerful hardware, enabling buttery smooth framerates without the frame pacing issues present on the Nintendo Switch version. If you are unfamiliar with frame pacing, it is where the GPU and screen are not fully synchronized, creating a choppy effect as a result. While the frames per second were locked at 30 for the Nintendo Switch version of Octopath Traveler, frame skipping was present when more foes or larger bosses joined in battle.

The game is, despite its 2D nostalgia-filled presentation of character sprites, an entirely 3D world. This means that the parallax scrolling backgrounds, foregrounds, bokeh depth of field (where the foreground is blurry and the plane you occupy is sharp and defined), and dynamic lighting look that much better given the combination of flat and geometric models. Even better is that this blend means that dynamic lighting from objects carried by your 2D protagonists are reflected properly in the 3D world, casting realistic shadows that would never have been possible in the 16-bit world that Octopath Traveler invokes.

To ensure you get the smoothest experience possible, Octopath Traveler on PC offers a handful of options beyond resolution to adjust. There are toggles for anti-aliasing, post processing, shadows, textures, and effects, all ranging from low, medium, high, and highest. It’ll take somebody with far more tools to determine what those translate to in terms of real outputs (e.g. FXAA, MSAA, etc.) but there isn’t a massive visual effect difference between these settings, and the game runs beautifully on moderate to low-end hardware, so you’ll likely be setting it to max anyway. There is one exception to this, and that’s the effects toggle. Many of your spells spray elemental effects everywhere, shooting particles everywhere as castoff. These are not removed on low, but merely reduced drastically. It’s the one effect that I’d say has to be on highest, regardless of your other setting choices.

The largest improvement in the transition from handheld to PC is the elimination of problematic sprite scaling effects. Sprite scaling creates a wavy effect on the Nintendo Switch version of the game, making the sprites seem to have a screen tearing effect, as you can see in Kay’s video. The PC version uses the extra hardware of a dedicated platform to render these sprites more effectively, completely eliminating the scaling effect in the process.

Acquire and Square Enix’s tilt shift RPG’s port from Switch to PC is a triumph. It delivers in every way, delivering 4K resolutions, double the framerate, better effects, and all in a package that can run on moderately powered hardware. Now you have the hard choice — do you want a game you can take with you, or would you like to experience it in the highest fidelity possible? Either way, you are in for a fantastic and unique classic RPG in a whole new package.