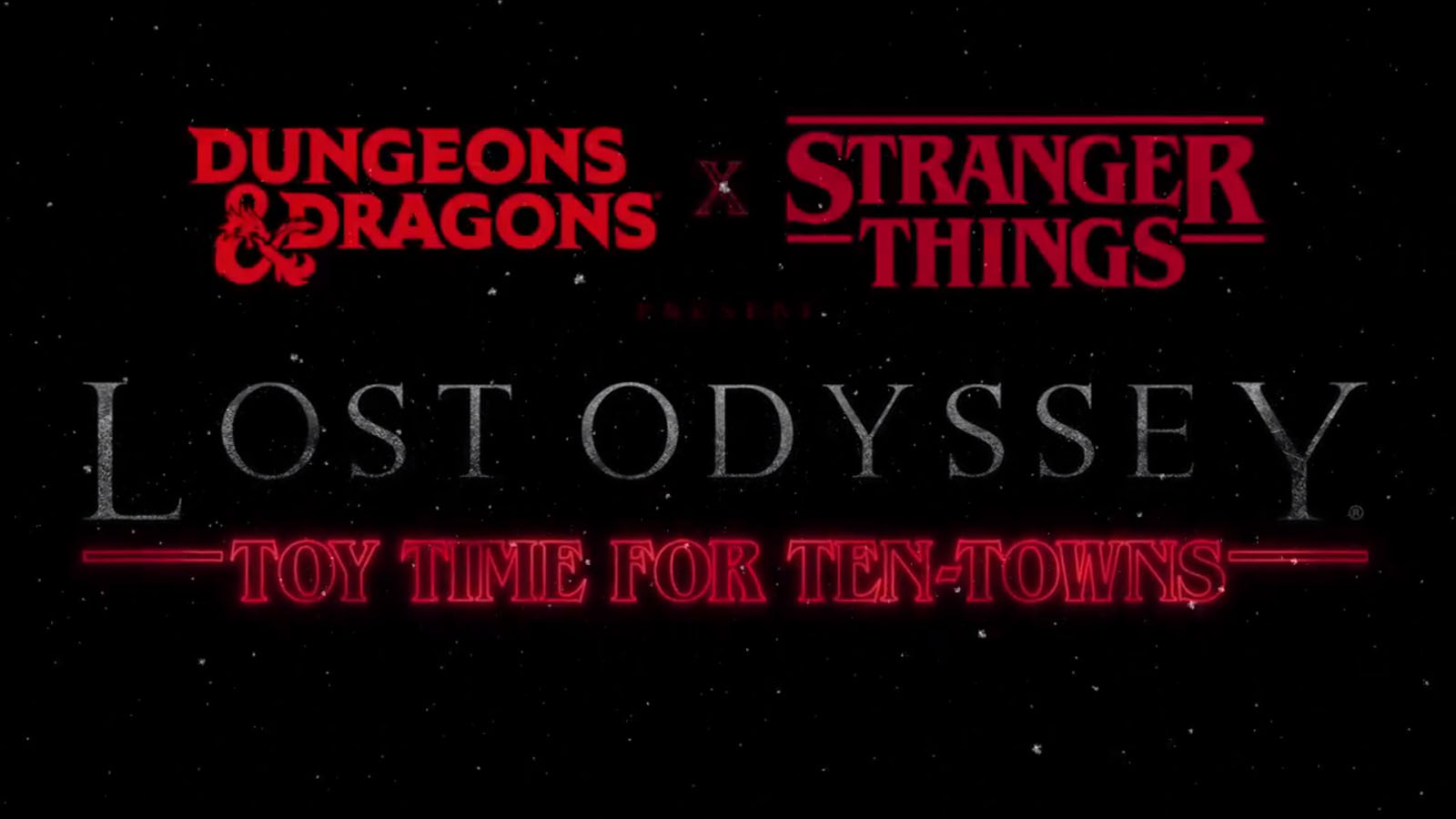 Wizards of the Coast is excited to announce that the leading actors from Netflix’s Stranger Things will come together for Lost Odyssey: Toy Time for Ten-Towns, a hilarious holiday game of Dungeons & Dragons. This game will be led by Wizards of the Cost Principal Story Designer, Chris Perkins this Friday, December 18 at 10 am PT and will be available on the Stranger Things YouTube channel.

This special session of D&D will feature David Harbour, Finn Wolfhard, Gaten Matarazzo and Natalia Dyer as they try their hand at the game that has become so iconic to the series. You can view a shenanigans-filled trailer here.

Make sure to tune in to enjoy the hilarious hijinks that will happen during this adventure and stay tuned to Gaming Trend for all your tabletop news.