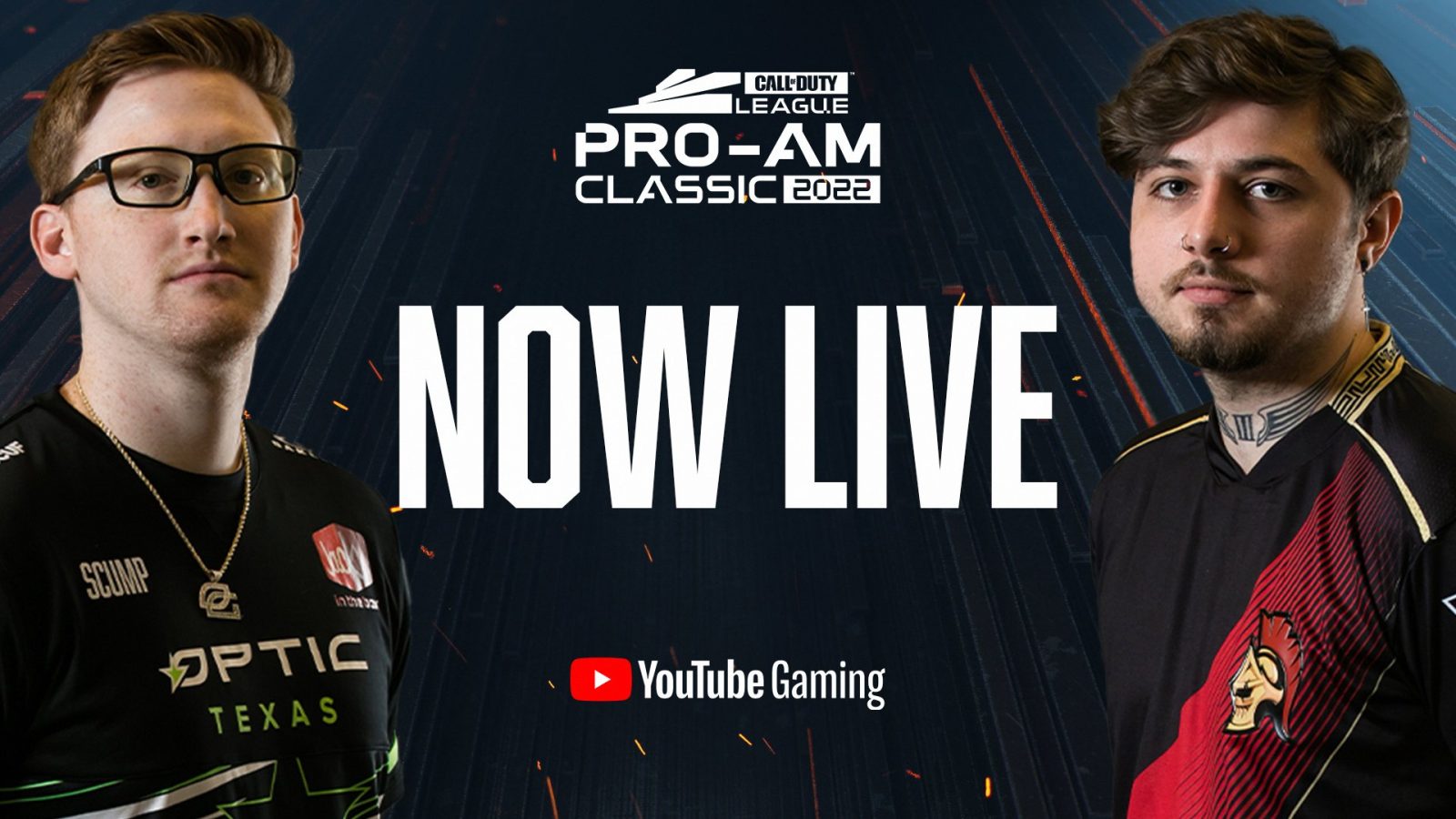 I may have to watch this cross-eyed, but there are four matches starting us off in the Call Of Duty League Pro-Am, with Atlanta Faze versus Seattle Surge to begin the day on the main stage. I apologize, we won’t be able to cover everything as deeply as we usually do given there are TWELVE matches today and tomorrow, but the exciting thing is we get to see four Challengers teams competing versus the big 12. The top eight will exit Friday with a chance at $250k, and we’ll get to see it happen starting now. Below is intel from the Call Of Duty League blog, get your fix and find a stream!

There’s US $250,000 (USD) on the line at the Call of Duty League Pro-Am Classic, where the top Call of Duty Challengers teams will get their chance to take on the pros. Tune in on our official YouTube channel from May 5–8 at 12 p.m. PT/3 p.m. ET to watch the best amateur Call of Duty players go head-to-head against the 12 pro teams.

Here’s everything you need to know about this tournament:

The first Challengers Open was held at the Minnesota RØKKR’s Major II tournament in early April, where 96 amateur teams battled it out to claim one of the top four spots and secure an invitation to the Pro-Am Classic. Those top four amateur teams joining the 12 Call of Duty League teams are: Strike X, Team WaR, Ultra Academy EU, and Ultra Academy NA. Take a look at the full Groups here. 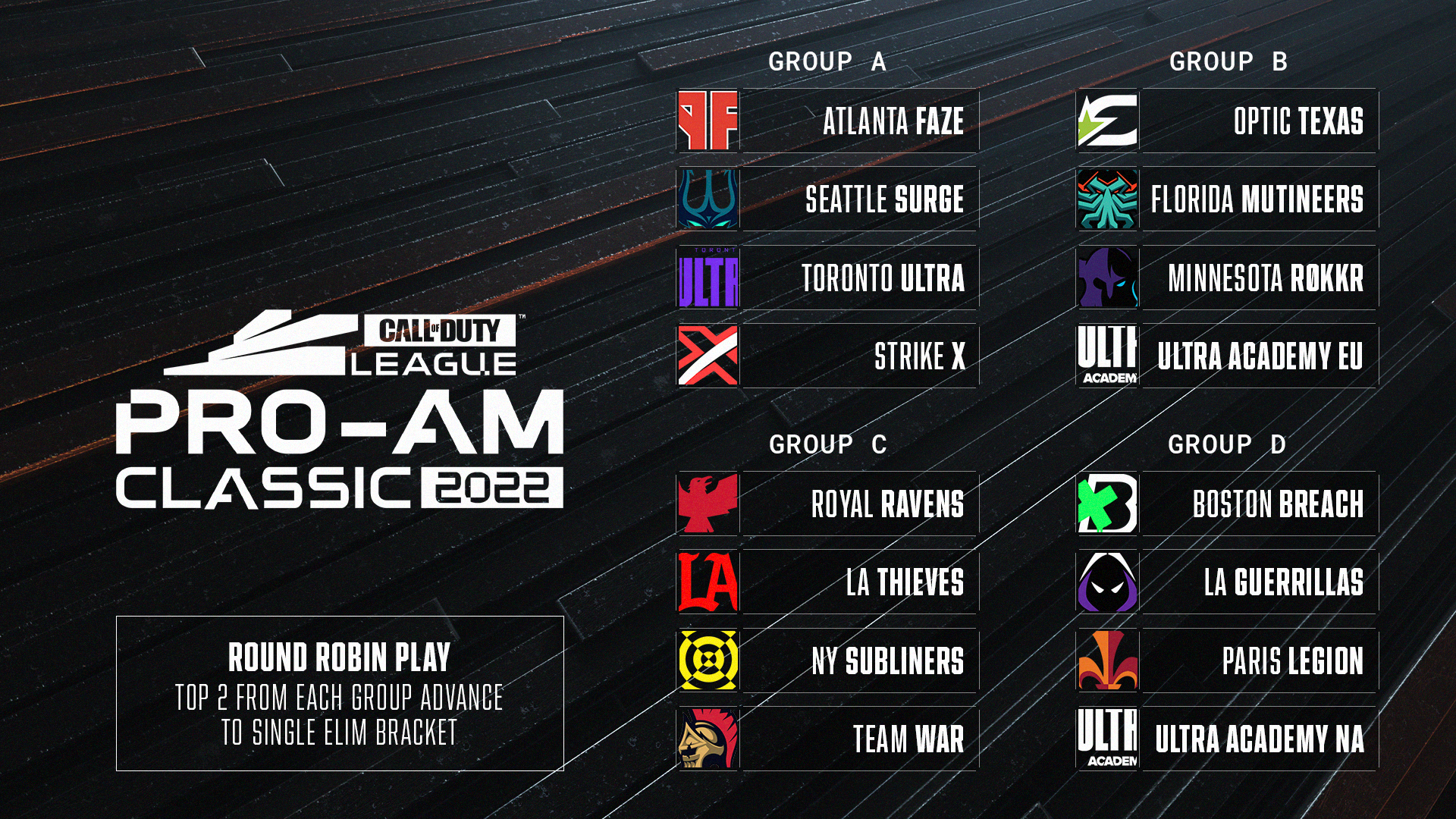 These top four Challengers teams will join the Call of Duty League pro squads in Columbus, Ohio, to compete on LAN at the Belong Gaming Arena.

The 16 teams are divided up into four Groups of four for round-robin competition from May 5–6.

The top two teams from each Group will qualify for an eight-team single elimination bracket to decide the winner. 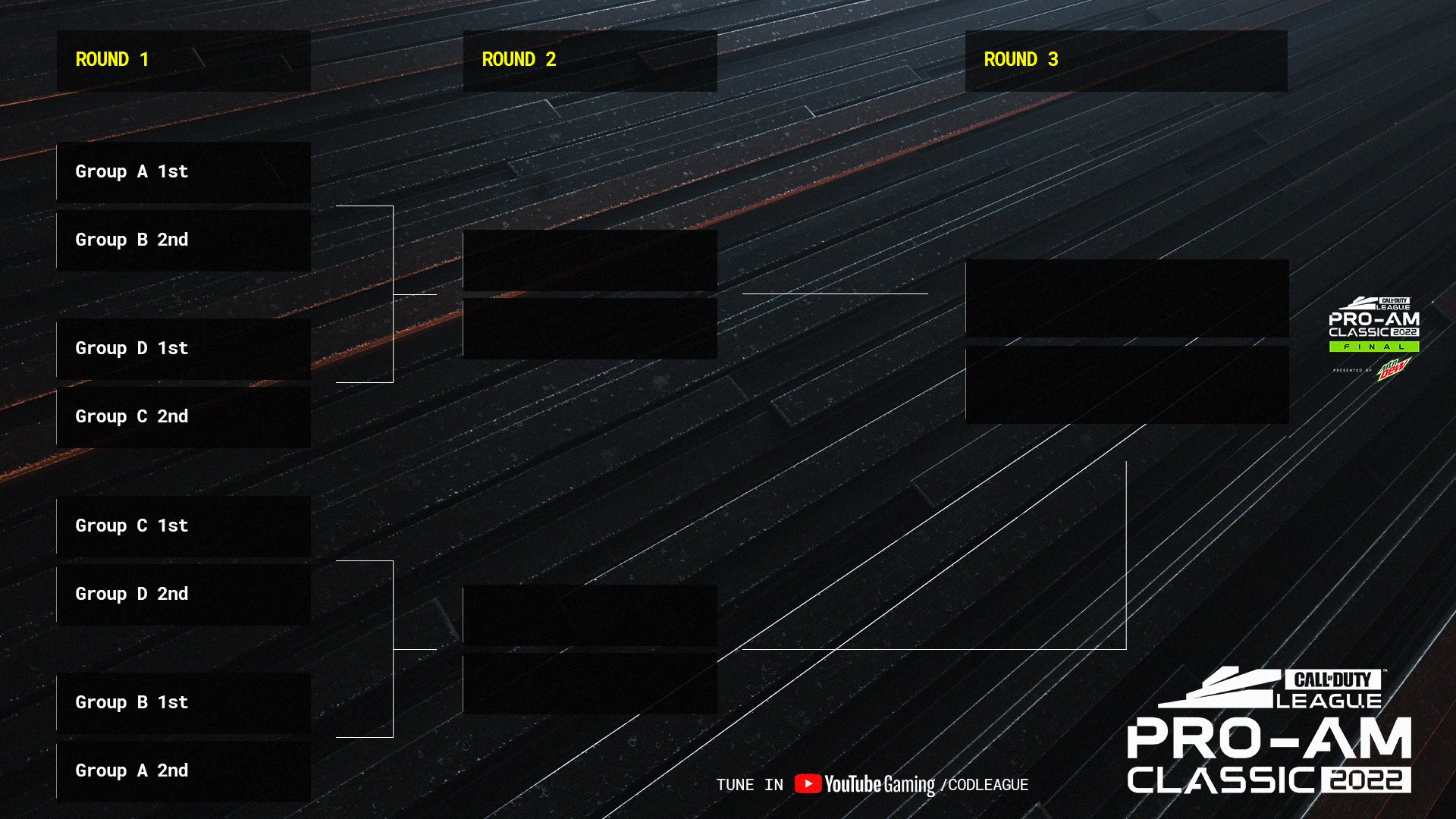 Not only can you watch the Call of Duty League Pro-Am Classic live on our official YouTube channel starting Thursday, May 5 at 12 p.m. PT/3 p.m. ET, but we will also have THREE additional broadcast streams live on Thursday and Friday. You can swap between all four and pick your favorite POV. All of the teams that make it to the Bracket Stage will be on the Main Broadcast for Saturday and Sunday.

There’s $250,000 in prizing available at the Pro-Am Classic. Here’s how the purse gets split: 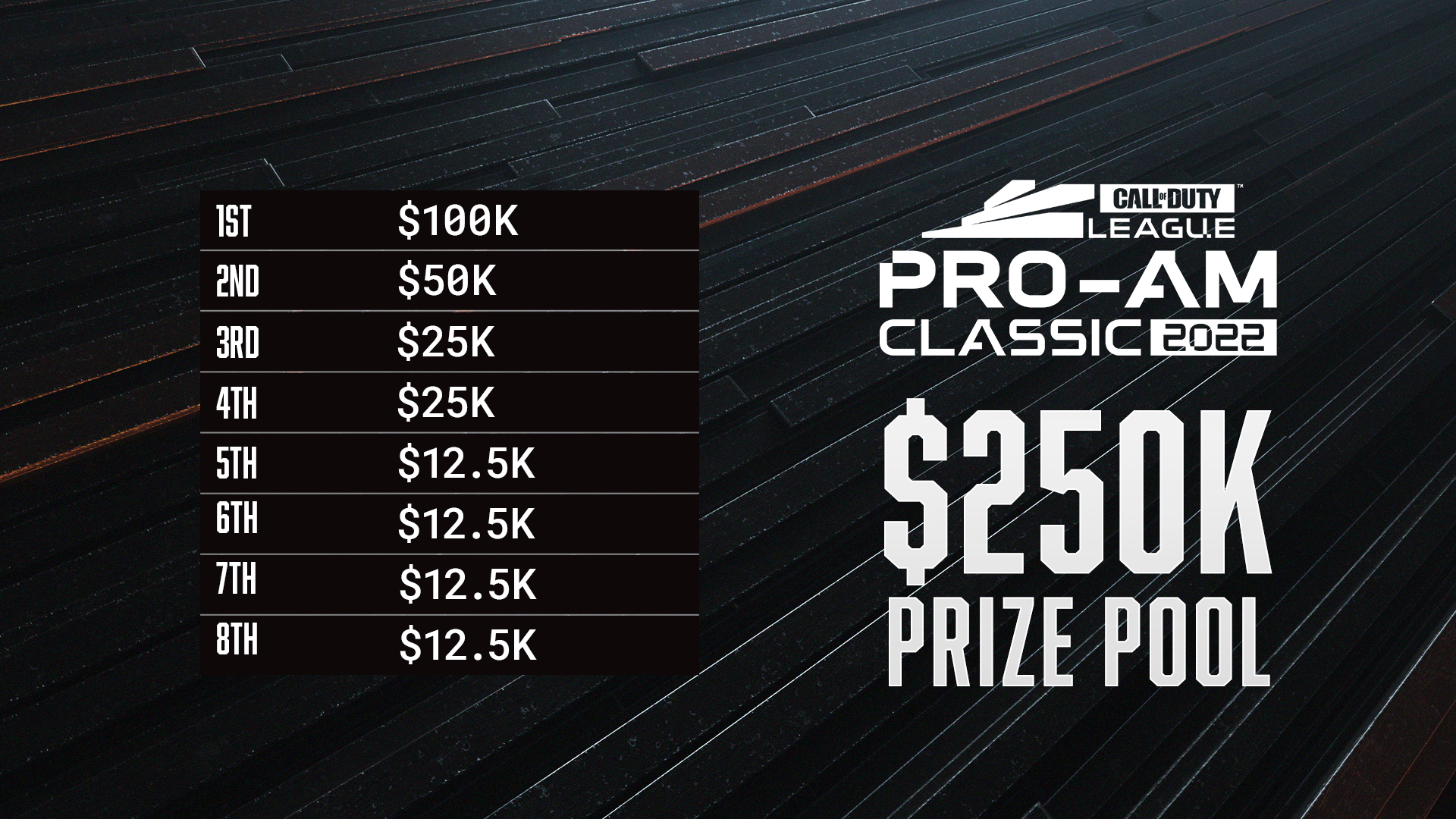 Tune in May 5–8 starting at 12 p.m. PT/3 p.m. ET each day on YouTube, where you’ll be joined by our incredible team of analysts and casters. 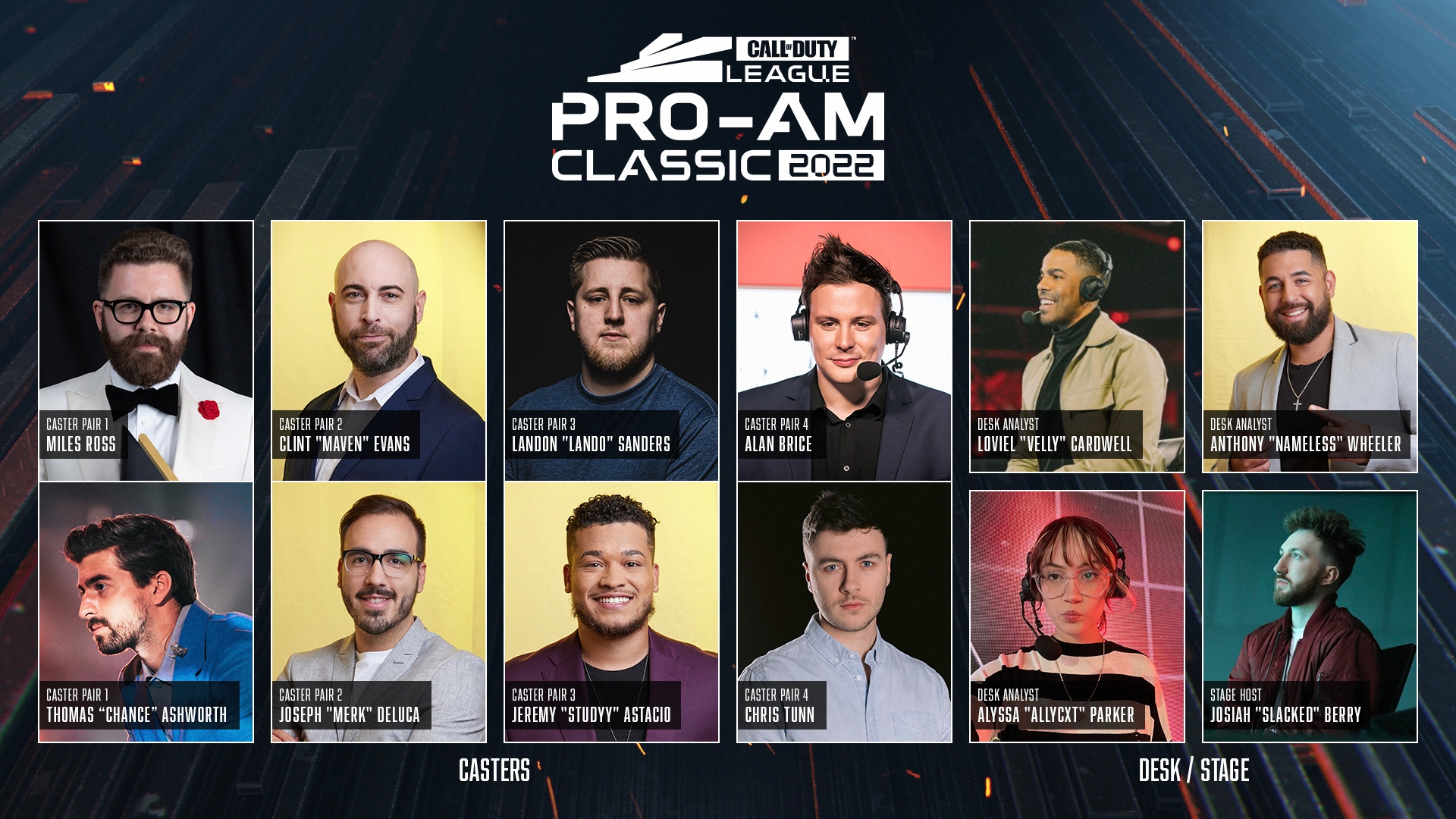 Tune in to find out how these amateur teams of talented up-and-comers fare against the pros!

Stay tuned to Gaming Trend as we cover the Call Of Duty League Pro-Am Classic this weekend!