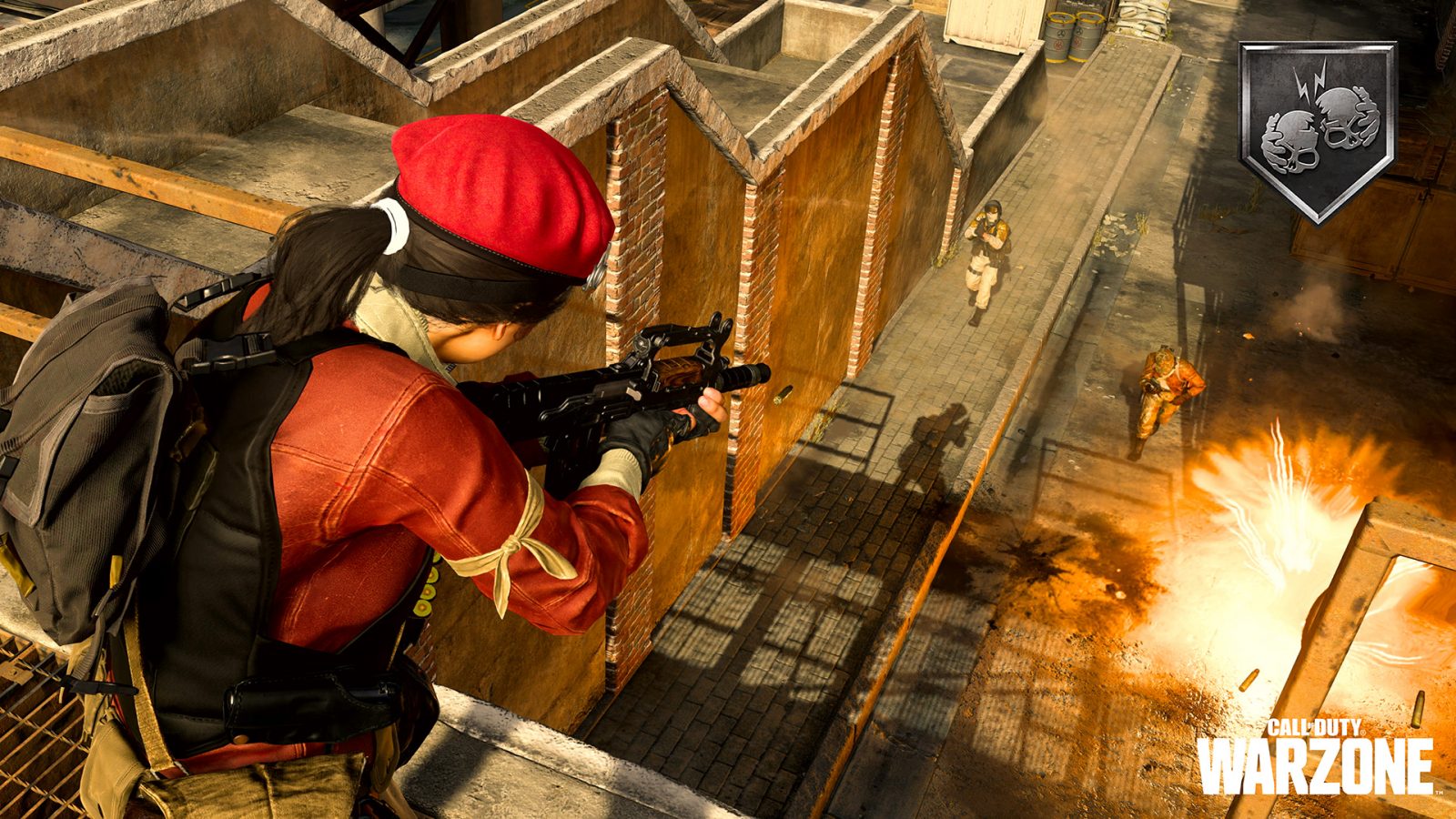 The Call of Duty blog just released an in-depth guide to dominating in their Rebirth Iron Trials. You can check out the guide below or visit their blog:

Welcome to Rebirth Iron Trials: Prove Yourself Before the Resurgence

In anticipation of a resurging threat to Rebirth Island, it’s time for the most skilled Operators in the world — you, the Call of Duty® community — to prove their elite presence in Rebirth Iron Trials.

Open to all Duos, this variation on Warzone Battle Royale is custom-made for highly competitive players, as it includes significant changes to core variables like health and damage that directly impact time-to-kill (TTK) for fights and the meta (most effective tactics available).

It also encourages Operators to have a great first shot, as well as consistently hit their targets, move well, and not rely on vehicles and Killstreaks as their means for victory.

Given that this is the final mode for the current Rebirth Island, consider this an encore for both Beenox and Raven Software — inspired by Treyarch’s original locale — who brought this map to life on December 16, 2020, with Season One of Call of Duty®: Black Ops Cold War.

Although it is not the end for Rebirth Island, you may want to drop back in before a familiar foe brings the largest updates to this map since its release…

Don’t get too lost in nostalgia, though; you have an elite challenge (and a badass Calling Card) to win.

Here are the rules and strategies for Rebirth Iron Trials:

Here’s everything you need to know, with italicized rules indicating changes between the first Iron Trials and this one. 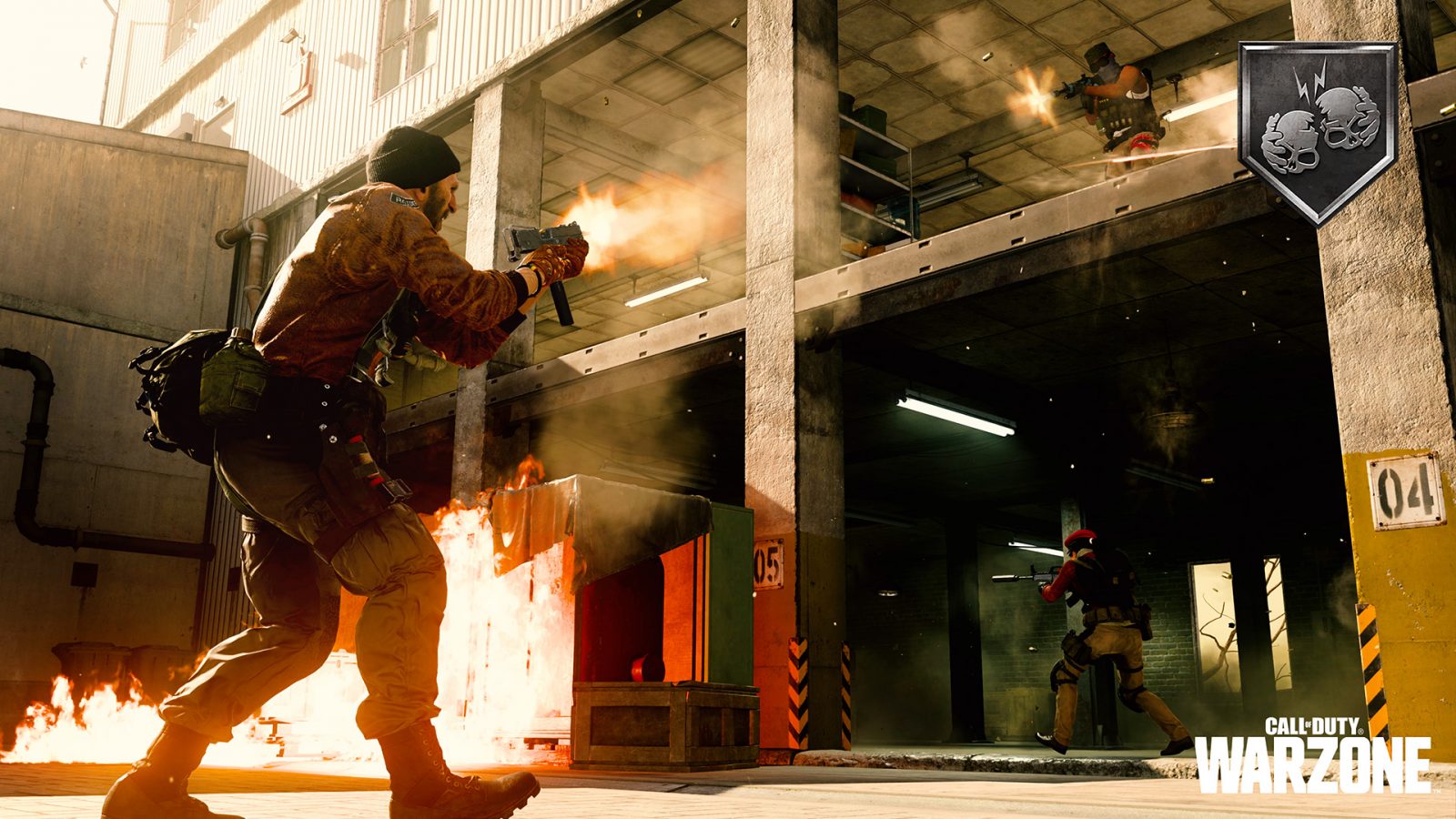 Match Duration and Circle Collapse: Round Timers have been adjusted to reflect the scale of the Rebirth Island map and have been increased for the pacing of the game.

Loadouts: No free Loadout Drops. Those who want to use their custom-built weaponry and gain access to Perks will need to purchase one at a premium.

Vehicles: Only ATVs are available.

Cash: The amount of Cash retained on death has been increased from 20% to 30%. Players will keep more of their hard-earned Cash.

Melee: Melee Finisher Damage has been removed. Settle the score with lead.

Base Health: Compared to a normal match, all players’ base health is increased from 100 to 250.

Health Regeneration: The Regen Delay timer has been increased from 5 to 7 seconds, and Regen Per Second has been decreased from 120 per second to 40. It may be wise for players to reconsider preferred Perks and Equipment.

Starting Equipment: Players drop in with a Top Break Pistol and Sawtooth (both from Call of Duty®: Vanguard).

Loot: The item pool for Supply Boxes and items found on the ground have been significantly altered from that seen in standard play.

Basic Attachments: Common weapons will start with an attachment — mostly to provide their max magazine size.

Rarity Spawn Rates: Epic and Legendary weapons are now harder to find. Players will have to open a few more boxes than usual to find what they’re looking for.

Killstreaks: Drop rates have been reduced. Time to stop spamming UAVs and start putting those senses to the test.

Cash Spawns: Larger piles of cash are rarer. Players will have to stay on top of scavenging for cash if they plan to afford a Loadout.

Sniper Rifles: A single headshot from a Sniper Rifle will only down an enemy if they are within 30 meters. This gives time for those on the receiving end of a longshot to react — the most elite snipers will be able to adjust their strategies accordingly and still dish out lethal damage at long range with precise follow-up shots.

Stun Grenades: The stun effect duration is decreased by 50%.

Loadouts: No akimbo. No semi-auto or fully auto Shotguns. Limited selection of Tactical Equipment. It’s down to the bare essentials and the will to win.

Redeployment: If players happen to survive their Gulag match, they’ll redeploy with whatever equipment is left over from that fight. Be mindful of those resources.

Duos: We’re limiting the squad size in order for players to really feel the impact of the increased TTK. You get to pick only one squadmate…so choose wisely and watch each other’s backs.

We’ll start with the most important tip first: Iron Trials is built for Warzone’s most elite players, but they all had to start somewhere.

Newcomers should see Rebirth Iron Trials as a training ground for important skills that can be used elsewhere in Warzone. These include:

Item Gathering. Becoming more aware of where Supply Boxes and loose items spawn, and how to work with those armaments and equipment, is crucial for early game survival.

Accuracy. Downing Operators requires more shots on target, making it easier to learn how to control a weapon’s recoil and work with flinch.

Micro-Movements. During an engagement, try moving side to side, changing stances, and working around cover to make yourself a harder target.

Teamwork. Planning strategies for survival with your Duo — including who to hit during engagements and how to enter each area — is a crucial part of winning Warzone.

Of course, the Rebirth Iron Trials meta is a little different than in regular Warzone, especially when it comes to weapons.

In general, weapons that output a ton of damage up front — for instance, a bolt-action Sniper Rifle — may require more skill to compete against those that deal plenty of damage over time, such as a fast-firing SMG or Assault Rifle.

For example: the KG-40 Assault Rifle, available since the start of Season Two in Vanguard, is known for its low recoil and high fire rate. Although it may be outshined in regular Warzone by weapons with more damage-per-shot, it could be a solid Loadout weapon in Rebirth Iron Trials, given that any missed shots can be quickly corrected.

Yes, Loadout Drops are still a major key to winning Rebirth Iron Trials, and they can use any weapons, from Call of Duty®: Modern Warfare® to Vanguard. Completing Contracts and earning Kills are just as important for earning Money here as they are in regular Warzone, so pool together Cash with your Duo to gain this massive steppingstone to victory.

Because this Iron Trials takes place on Rebirth Island, being familiar with its points of interest and meta is another vital part of a winning strategy. Before diving into Iron Trials, try warming up with some Resurgence runs with your Duo to learn the ins and outs of the massive central Prison Block, what weapons can help you sweep through several of the island’s building clusters, and how to best escape the low-ground Security Area.

And remember: just one win in this mode awards you with a badass Calling Card. Put it on your profile with pride, as not many players will be able to boast about conquering one of the toughest experiences in Warzone to date. 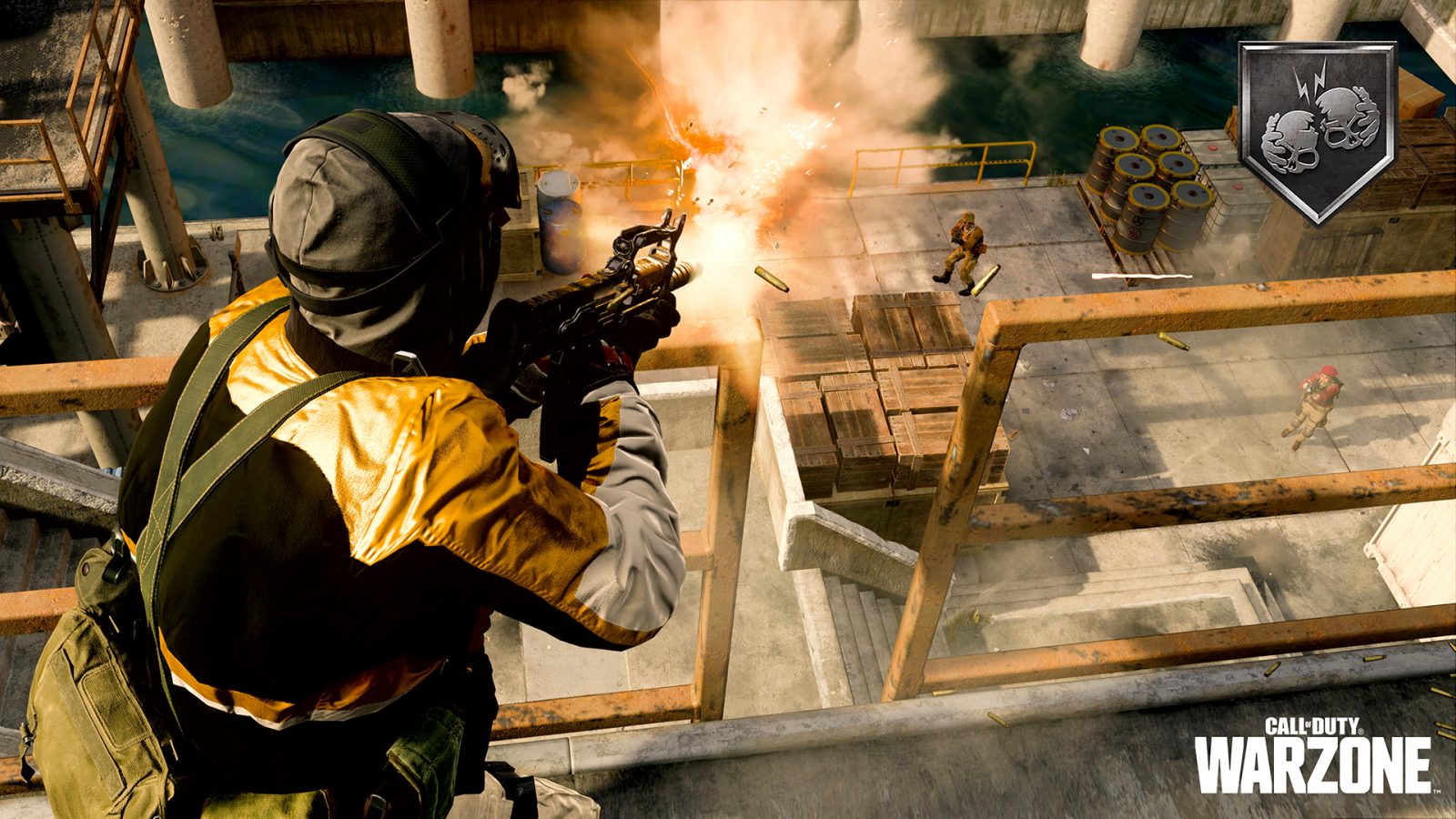 Top Five Tips for the Trials

A Training Ground and a Proving Ground. This Battle Royale variant is a love letter to elite Operators, but it is also a place where even the newest Warzone players can learn crucial skills. Focus on learning how to gather items, be accurate with a variety of weapons, move during engagements, and most importantly: teamwork.

Duos Win Together. Rebirth Iron Trials is a test of cooperation, coordination, and communication just as much as skill. Partner with your most trusted Duo if you want to work toward that exclusive Calling Card, or if you prefer a “trial by iron,” bring a new friend into the fray and focus on building effective co-op strategies.

Know Your Way Around the (Prison) Block. Like in previous Iron Trials, being aware of Rebirth Island’s sightlines, Supply Box spawns, and jump spots — among other features — can be what separates victors from the pack. That only comes with practice; keep playing Rebirth Iron Trials, or swap to Resurgence if you prefer a lower-stakes environment for learning the map.

Reconsider Those Loadouts. From increased health to direct and indirect changes to several Loadout items, consider changing a few Custom Loadouts for Rebirth Iron Trials. It may be worth putting in low-recoil and high-fire-rate weapons, as they can be easier to keep on target and more forgiving in engagements.

Takedown Tactics. Rebirth Iron Trials’ exclusive Calling Card might be one of the rarest rewards in Warzone history, as only its victors can show it off proudly on their profile. Go for the win and remember that headshots deal more damage than anywhere else on a target.

Stay tuned to Gaming Trend for all your gaming, entertainment, and tech news!