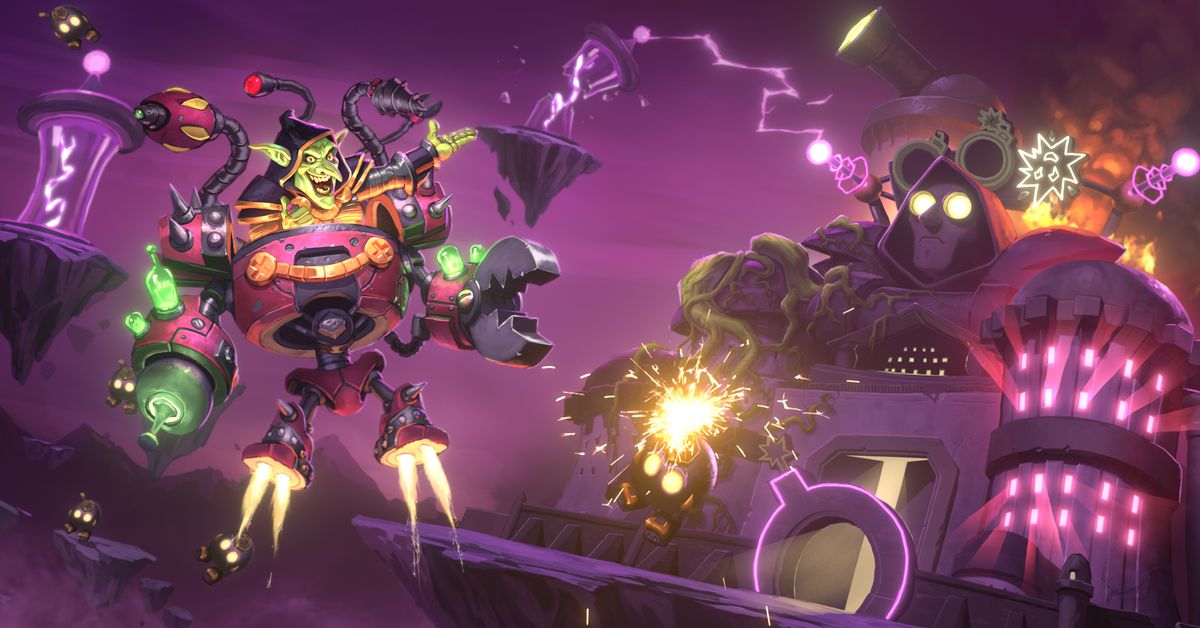 Blizzard Entertainment’s wildly successful digital card game Hearthstone is soon to receive its next expansion: The Boomsday Project. Available August 7th, this expansion will bring 135 new cards as well as brand new gameplay features to Hearthstone. Doctor Boom, the titular character of this expansion, looks to be cooking up some wacky fun for Blizzard fans.

Dr. Boom has built a complex of hidden laboratories in the ever-churning Netherstorm, where he and his colorful crew of renegade researchers are hard at work on all manner of ill-advised scientific endeavors. Players will marvel at the discovery of nine new, immensely powerful Legendary Spells! They’ll be awestruck by Projects, spells with wondrous effects that appear to benefit both players—but appearances can be deceiving! And they’ll tremble before the terrible power of Omega cards, which give incredible rewards when played at 10 mana crystals!

Dr. Boom also has a well-documented affinity for bots and bombs, and he’s using The Boomsday Project as an opportunity to debut what might be his most mind-boggling Mech-related innovation yet: Magnetic attraction. Magnetic is a new keyword that allows players to merge Mech minions, combining their attack, health, and abilities to construct fearsome amalgamated automatons.

This expansion will even bring along new single player content in the form of The Puzzle Lab, with details of this particular aspect releasing in the coming weeks. Stay tuned to Gaming Trend for more on Hearthstone and everything else this industry has to offer.