Today, Electronic Arts announced that Star Wars: Squadrons will head to PlayStation 4, Xbox One, and PC (through all digital storefronts) on October 2. The game will be priced at $39.99, and will also feature VR crossplay between PSVR and PC, so players will be able to play with others regardless of console.

“We created this game for every Star Wars fan who has ever dreamt about soaring across the galaxy in their favorite starfighter,” said Ian Frazier, Creative Director, Motive Studios. “Through the collaboration of the teams at Motive and Lucasfilm, we’ve been able to create a high-fidelity starfighter experience with an authentic storyline that invites Star Wars fans to explore never-before-seen corners of the galaxy in their own ship. We’re excited to show all this in action this week at EA Play Live.”

In Star Wars: Squadrons, players will enlist as starfighter pilots, stepping into the cockpits of iconic starfighters from both the New Republic and Imperial fleets. They’ll plan skirmishes with their squadron in the briefing room before taking off for space battles across the galaxy. Players will engage in strategic 5v5 multiplayer space battles with the goal of demolishing the opposing flagship in Fleet Battles and will feel the rush of first-person multiplayer combat as they work with their squadron to defeat as many opponents as possible in Dogfights. Pilots will triumph as a team, adjusting the composition of their squadrons to suit their playstyles as they progress, crushing their opponents and completing objectives across known and never-before-seen locations, including the gas giant of Yavin Prime and the shattered moon of Galitan.

Star Wars: Squadrons will offer rich cosmetic and gameplay customization options with rewards and bonuses that are earned solely through gameplay. As players move up the ranks, they’ll earn components  such as weapons, hulls, engines and shields to customize the performance of their starfighters; and gain cosmetic items to customize their cockpit, ship exteriors, and appearance of their pilot. In addition, players will be able to squad up with their friends and play against others, regardless of platform, as cross-play will be supported on Xbox One, PlayStation 4, PC, and VR. 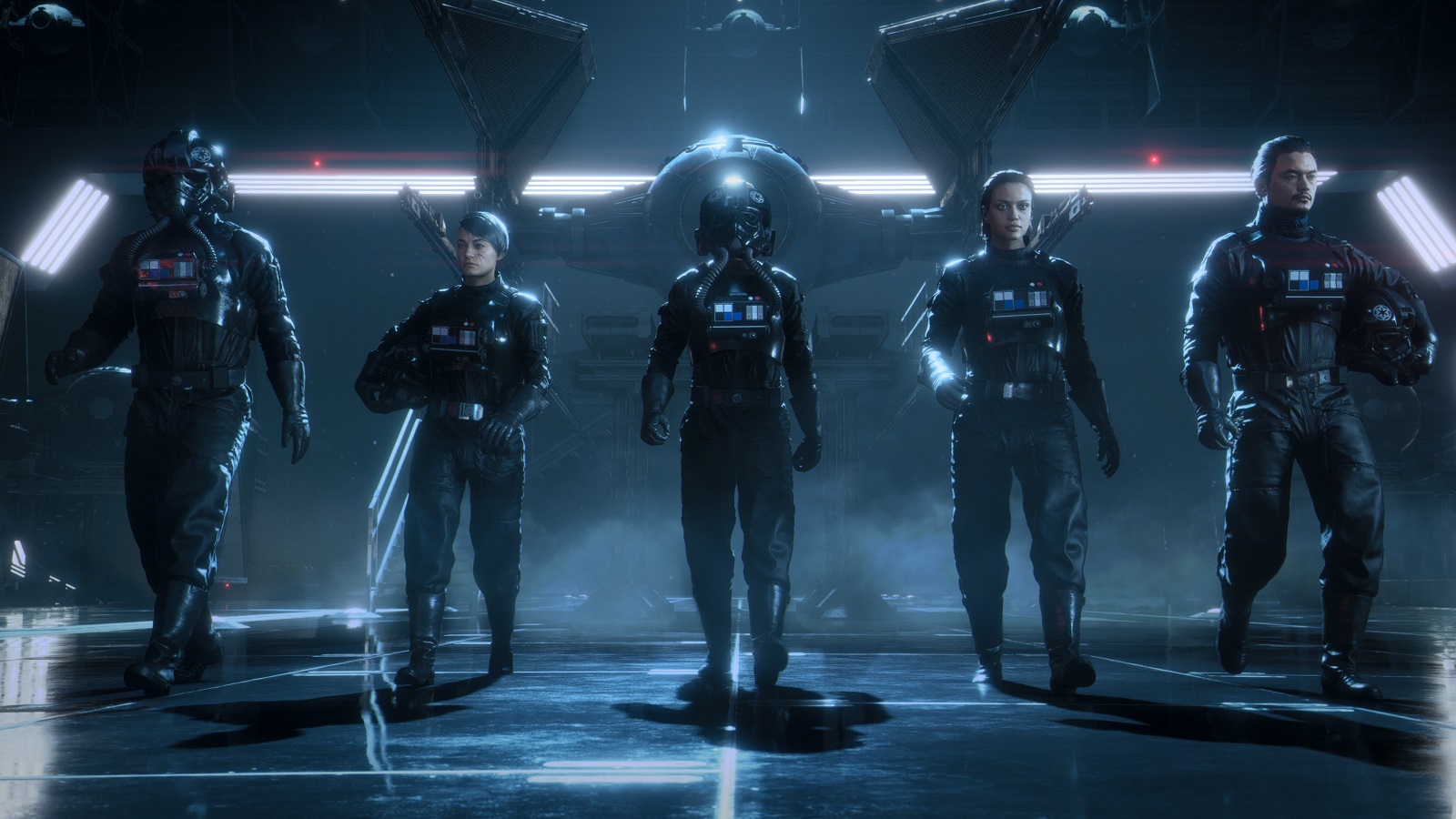 Star Wars: Squadrons will also feature a single-player story that brings to life events following the Battle of Endor when the Rebel Alliance has successfully destroyed the Death Star II. Through the story, players  will learn what it means to be a pilot as they battle from the alternating perspectives of two customizable pilots, one serving in the New Republic’s heroic Vanguard Squadron, while the other fights for the Galactic Empire’s fearsome Titan Squadron. The authentic story features a diverse cast of original characters, as well as some cameos from familiar faces in the Star Wars galaxy.