The Anacrusis, a four player cooperative sci-fi FPS, is available now on Xbox Game Preview and Steam Early Access.  Xbox and PC Game pass players can play the game as a day one release while others can purchase The Anacrusis for an MSRP of $29.99, although there is currently a 20% discount on Steam, Xbox, Epic Games Store, and the Microsoft Store. You can check out the launch trailer above and read below for more info:

Seattle, USA — January 13, 2022 — Stray Bombay has released The Anacrusis, a sci-fi, four-player, cooperative first-person shooter today on PC (Steam Early Access, Epic Games Store, and Microsoft Store) and Xbox One/Xbox Series X/S in Game Preview and is available with full crossplay between platforms. Priced at $29.99 USD, The Anacrusis launches with a 20% discount on Steam, Xbox, Epic Games Store, and the Microsoft Store. The game comes to Xbox and PC Game Pass players as a day one release.

“It’s launch day! After years of work and sharing The Anacrusis with thousands of playtesters, we are finally ready to launch. As we head out into Early Access, our small team is excited to build the next phase of The Anacrusis along with the community of dedicated fans of co-op shooters. We will be listening to feedback as well as adding new weapons, enemies, and perks, so please share your ideas on our Discord (https://discord.gg/straybombay/) and stop by and play a session or two with us!” – Chet Faliszek, Stray Bombay Co-Founder

This launch into Early Access and Game Preview serves as Season Zero for The Anacrusis, introducing players to the first four survivors of the alien attack across the first three episodes of the game’s story. In this first act, teams of four players explore The Isolode, a massive luxury starship stranded at the edge of explored space and infested with fearsome aliens with a far-out fashion sense.

Gear up with an arsenal of vintage sci-fi weapons, fantastical grenades, and over-the-top special weapons. Play and collect 40 perks, while the game’s advanced Director 2.0 tailors the alien hordes to create the perfect difficulty and intensity of combat for every group. Coordinate with your team to discover new perk synergies, find weapon caches, and take down thousands upon thousands of aliens as you claw your way to each episode’s finale. 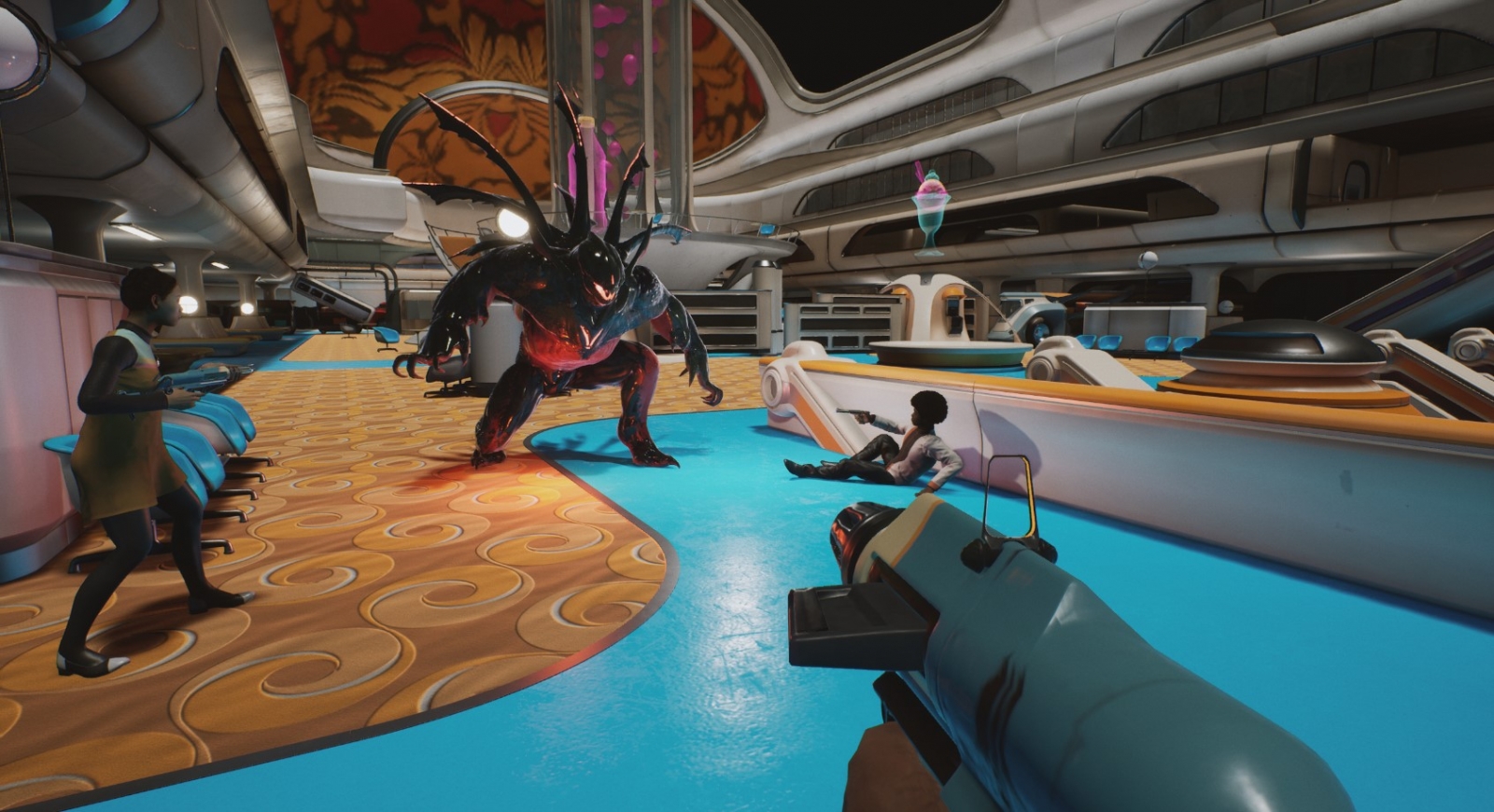 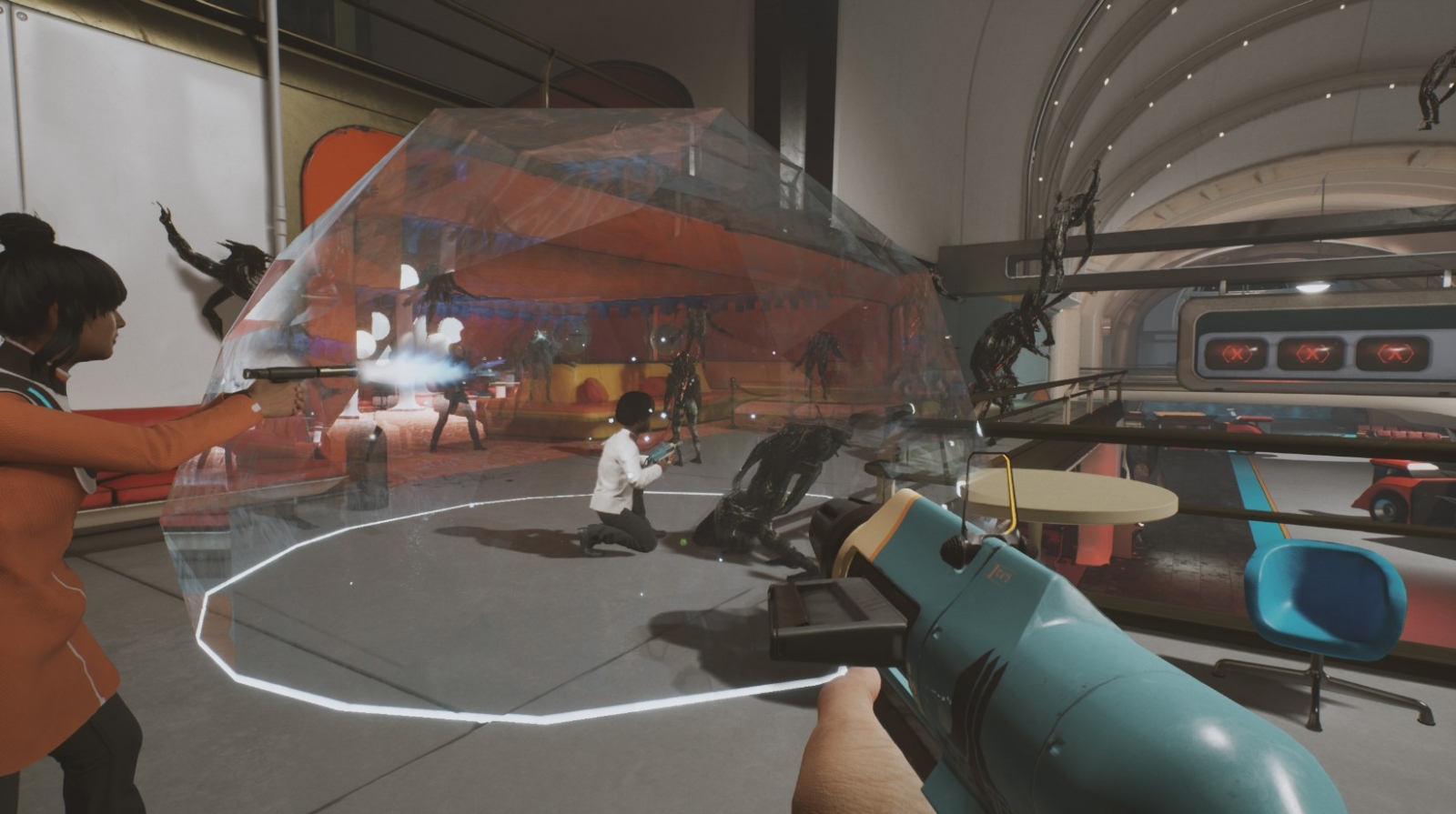 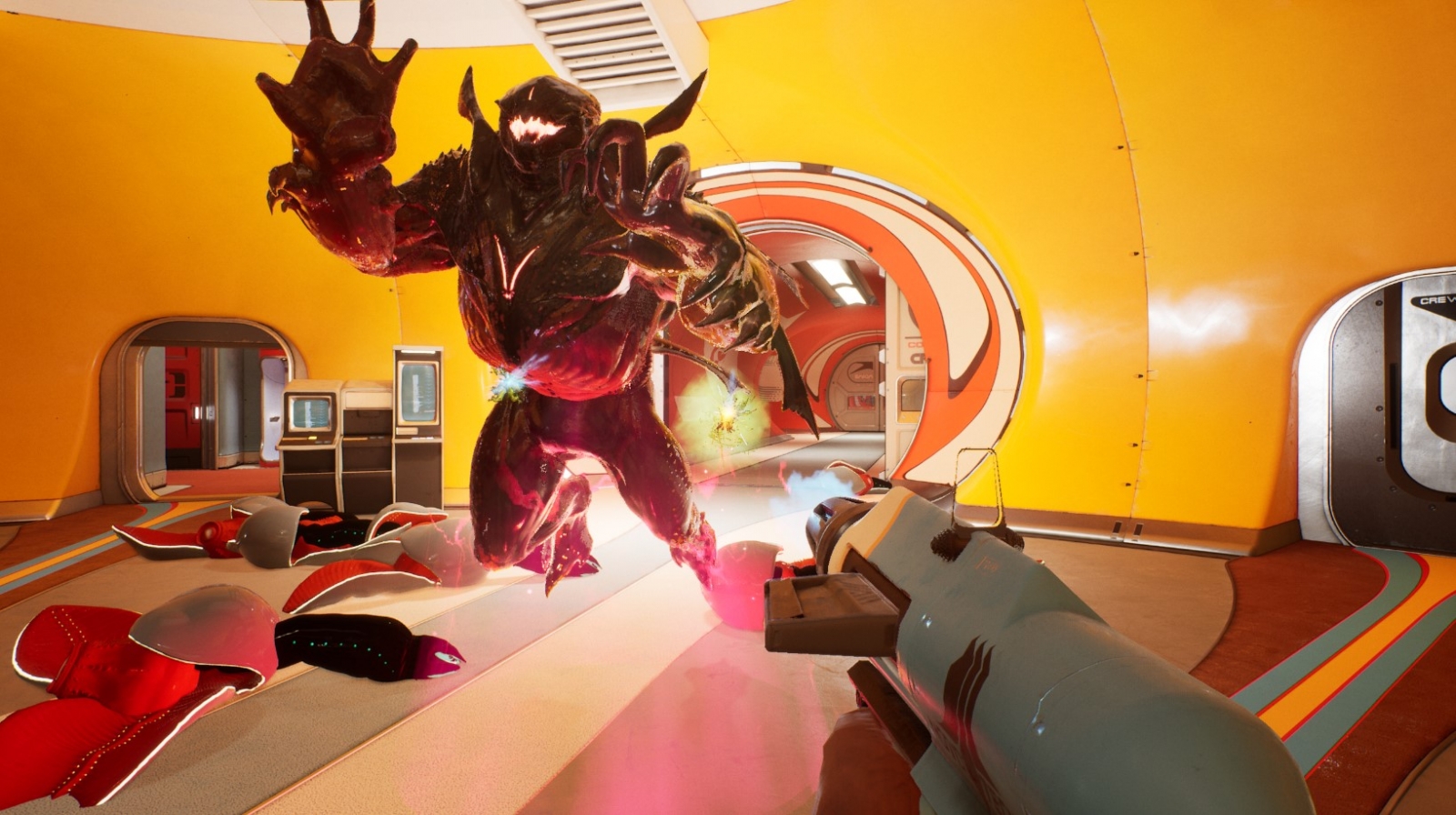 Four-player Cooperative Fun – Team up with your friends in an infinitely-replayable fight against alien hordes to unlock perks, weapons, and new ways to play that you can share with your team!

A Fight For Survival Is Just the Beginning – The first season of The Anacrusis tells the story of four unlikely survivors – Nessa, Guion, Liu, and Lance – who are unwilling combatants in the battle to defend humanity from the alien menace. Unlock more of the unfolding mystery of the alien attack.

Fight Aliens Using Fantastical Weapons – Battle the alien menace using an astounding arsenal of classic sci-fi weapons. Buy yourself some time with a stasis grenade, toss a shield grenade to provide instant cover while you pop off a heal, and bring your friends back to life using the Respawner. Or throw caution to the wind and burn friend and foe alike with the laser rifle.

Earn New Perks and Change the Way You Play – Matter compilers spread throughout the game give you access to dozens of perks that will change the way you play. Stack all of your upgrades to power up the last-resort pistol or boost your defense by supercharging your shield pulse. Unlock new perks as you play, and share your unlocks with everyone on your team!

Never Fight the Same Battle Twice – In The Anacrusis, the AI Director 2.0 controls every aspect of the game. It spawns every enemy, directs each boss, and places every weapon, gadget, and health kit. No matter your skill level, you’ll find the perfect level of challenge. More than that, the Director 2.0 creates the kinds of video game moments that you can’t wait to tell your friends about.

PC Friends, Meet Console Friends – The Anacrusis supports full cross-play between all platforms at launch, so players can play with their friends across all supported platforms.