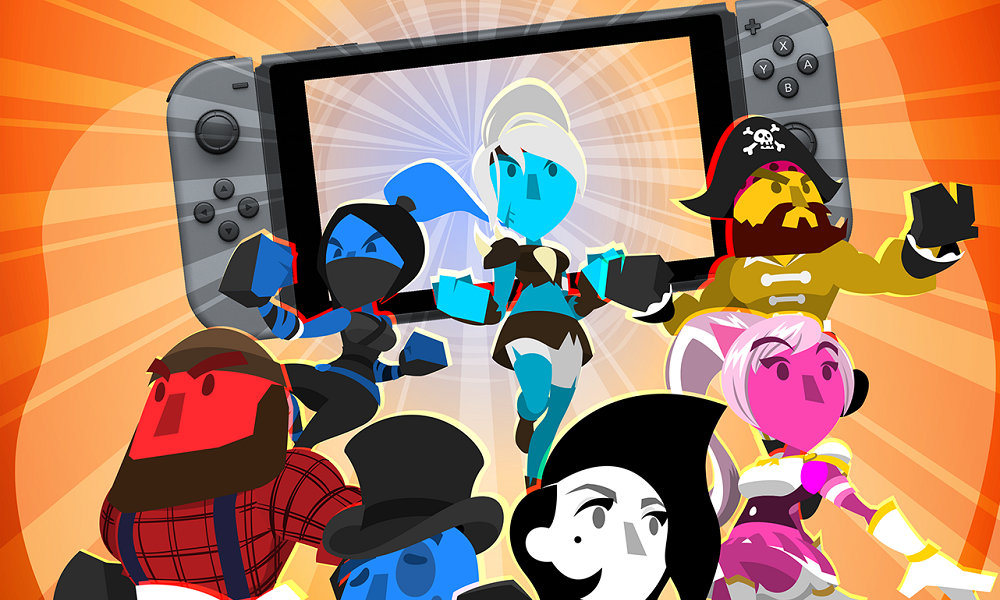 If you haven’t experienced Runbow or Pirate Pop Plus yet, get ready to run to your nearest retailer as 13AM Games has announced that it will release both games on the Nintendo Switch later this year, with Runbow getting a digital release date for Switch and PlayStation 4 on April 24. Runbow will also get a physical version of the game on June 14 as a Deluxe Edition complete with DLCs and other physical goodies.

Runbow features an eye-catching color mechanic that has racers brawl amongst each other while objects and platforms appear or disappear based on the continually changing background color. All multiplayer modes can be played by up to 9 players simultaneously online, while it features 8-player local multiplayer madness on Nintendo Switch as well as 4 player local chaos on PlayStation™4. Besides that, the game features a bevy of content in its single-player modes that will test the skills and minds of any seasoned platformer.

… But wait! There’s more! 13AM Games and Dadako are bringing the delightfully retro Pirate Pop Plus to Nintendo Switch so you can decorate your virtual Pocket Game on the go! Featuring a host of chiptune music, customization options, and addictive arcade action, Pirate Pop Plus is the perfect portable popping pastime!

Finally, 13AM Games released a new teaser image for an upcoming collaboration with the newly formed Graffiti Games.

Check out our reviews of Runbow and Pirate Pop Plus, and stay tuned for more news here on Gaming Trend.