Tales of Arise, the action packed latest entry in the much loved Tales of series, launched a new trailer today during Summer Game Fest. The release date has been set for September 10th, 2021 on Xbox One, Xbox Series X, PS4, PS5, and Steam.  Pre-orders are now open.

Tales of Arise carries the DNA of the much-loved Tales of franchise while also introducing advanced graphics and an evolved combat system to help push the series into the future. A new “Atmospheric Shader” developed by BANDAI NAMCO Studios adds subtle touches to the look and feel of the world evoking a hand-drawn painting. Combat has also evolved, allowing for a better sense of spectacle and direct player feedback based upon their actions. The graphics, combat system, characters, and story all work together to present a vivid and realized world that will immerse players as they are transported to the many environments and biomes they will explore throughout their time with Tales of Arise. Tales of Arise will launch in the Americas on September 10, 2021 for the PlayStation 4, PlayStation 5, Xbox One, Xbox Series X|S and PC via STEAM. 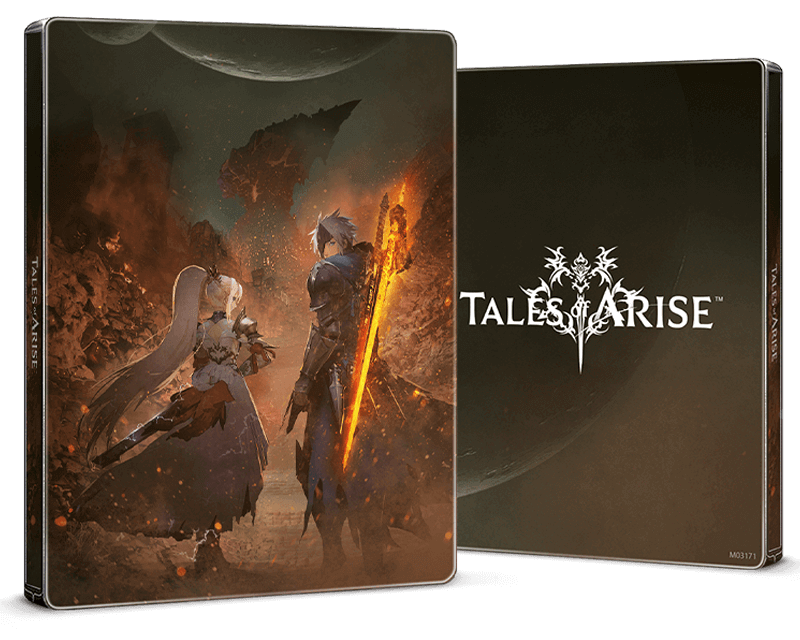 In addition to the standard, Digital Deluxe and Ultimate Edition versions now available for pre-order, Tales of Arise will have a physical Collector’s Edition exclusive to the BANDAI NAMCO Entertainment America Inc. online store. The Collector’s Edition can be pre-ordered at https://www.bandainamcoentstore.com/brand/tales_of_series and comes with the following items: 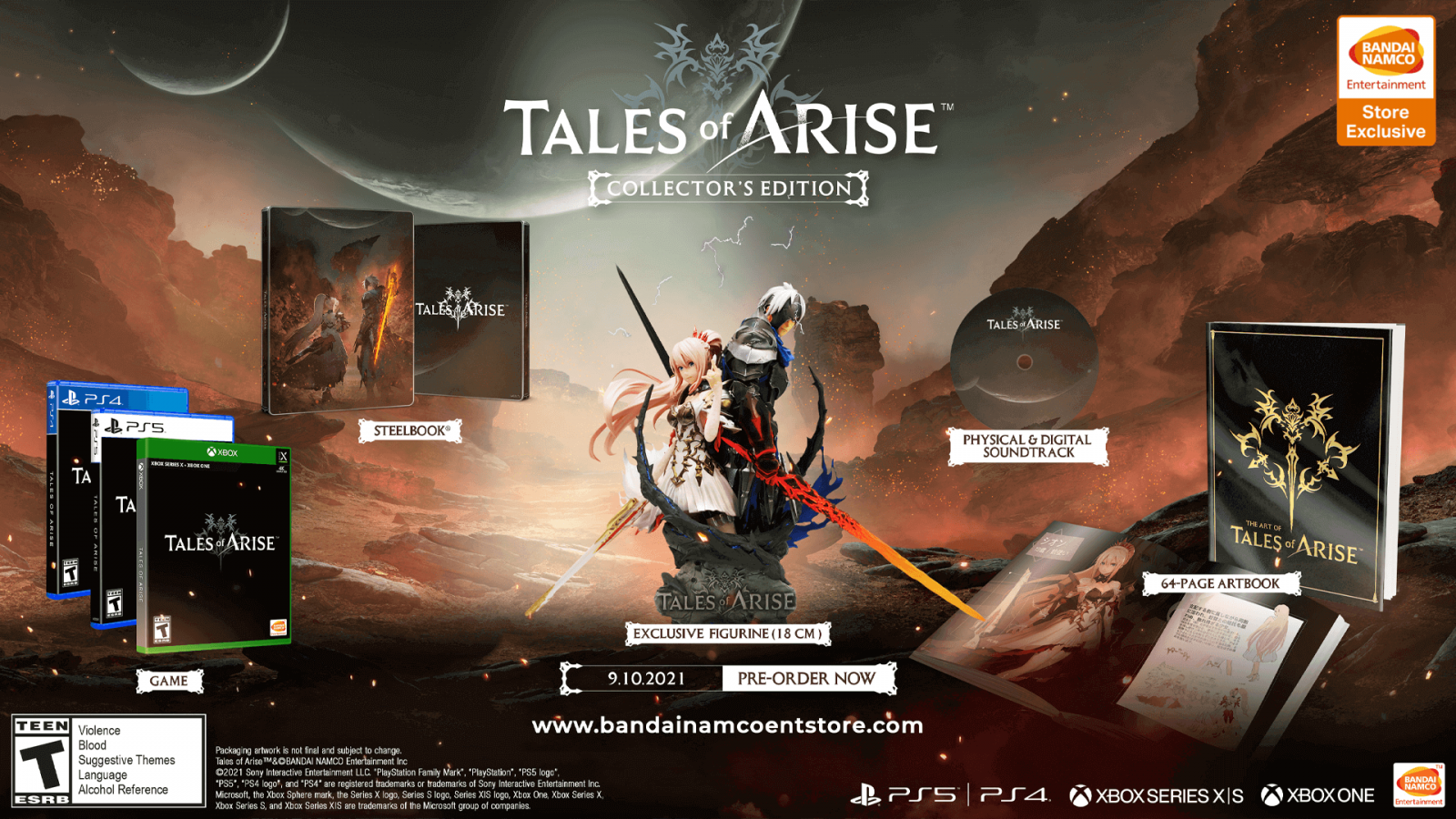 Stay tuned to Gaming Trend for more info on Tales of Arise as it is released!