Step into Simon Stålenhag’s stunning retro scifi world in the cooperative board game. 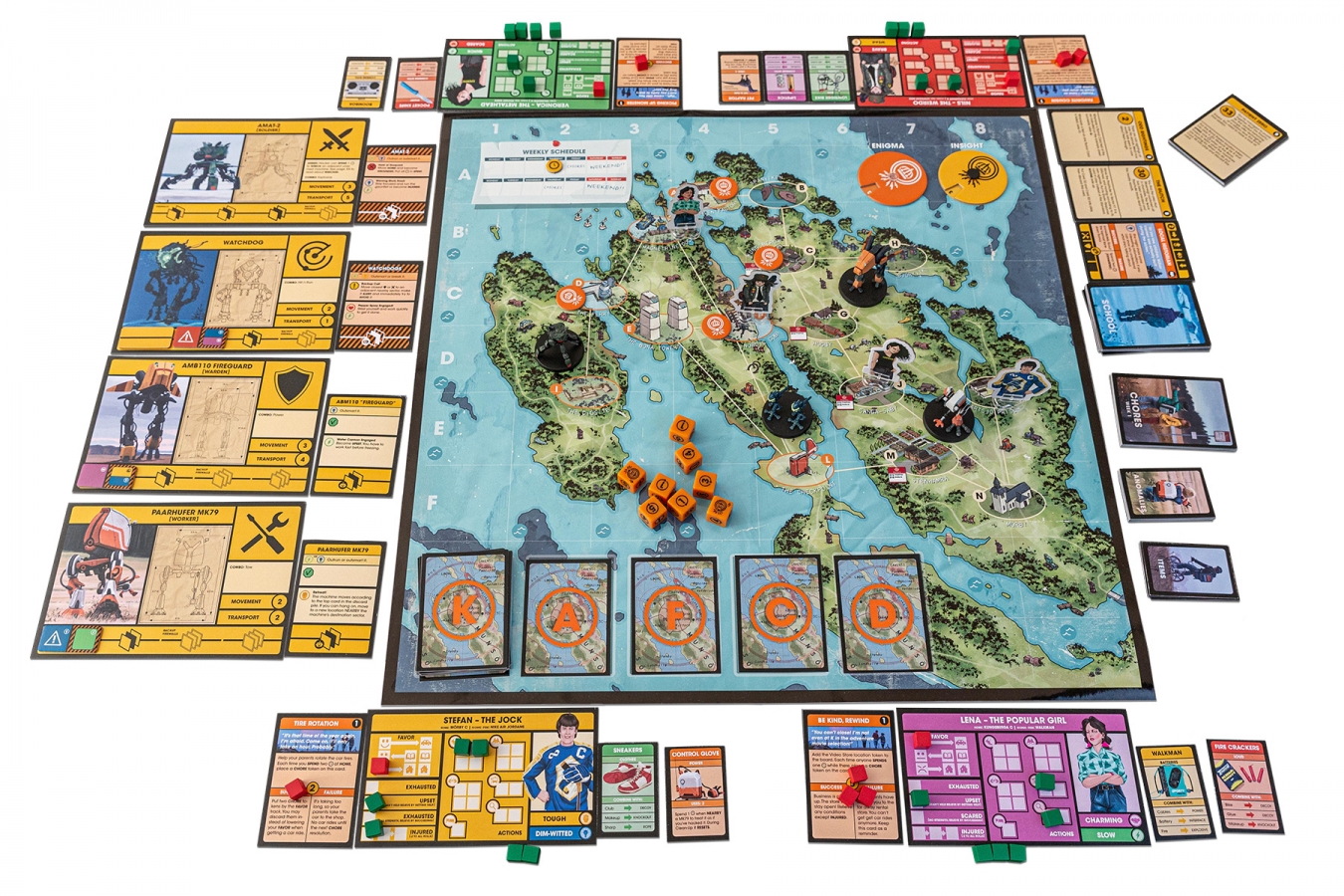 The landscape was full of machines and scrap metal connected to the facility in one way or another. Always present on the horizon were the colossal cooling towers of the Bona Reactor, with their green obstruction lights. If you put your ear to the ground, you could hear the heartbeat of the Loop – the purring of the Gravitron, the central piece of engineering magic that was the focus of the Loop’s experiments.

Step into the amazing world of the Loop. Tales From the Loop – The Board Game by Free League Publishing has launched as a digital, limited version on Tabletopia.The digital version is free to play and lets you explore the board game ahead of the launch of the boxed set coming later this year.

In the game, you and your friends play cooperatively to investigate the mysteries originating from the Loop, a huge underground science facility with strange effects on the suburban landscapes around it.

You take the roles of local kids that investigate whatever phenomena that threaten the islands (or perhaps just the local video store), and hopefully stop them. Each day starts at school, but as soon as the bell rings you can use whatever time you have before dinner and homework to go exploring! 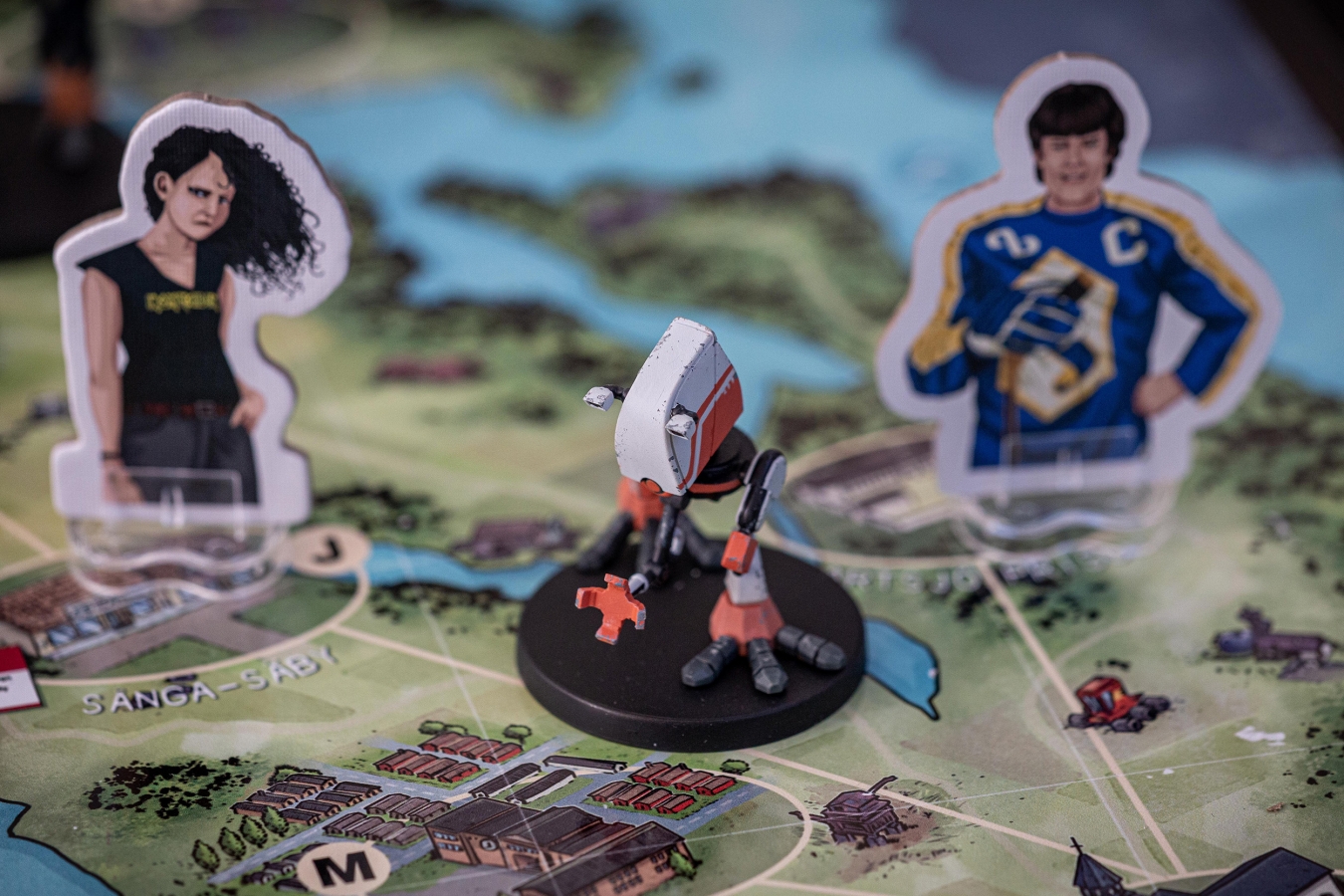 Tales From the Loop The Boardgame on Tabletopia is limited to three scenarios: Bot Amok!, The Light Fantastic, The Passenger.

Tales From the Loop The Board game on Tabletopia:
https://tabletopia.com/games/tales-from-the-loop-the-board-game

Read more about the upcoming board game here.

Tales From the Loop The Board Game is based on the works by the internationally acclaimed visual storyteller Simon Stålenhag. The narrative art books Tales From the Loop and Things From the Flood, published by Free League, stunned the world with a vision of an alternate Scandinavia in the 1980s and ‘90s, where technology invaded tranquil landscapes to form an entirely new universe of the eerie and the nostalgic.

In 2017, Free League published the tabletop roleplaying game Tales From the Loop, which was a smash hit and went on to win five Gold ENnie Awards, including Best Game and Product of the Year. The tv series adaptation of Tales From the Loop has launched Amazon Prime Video. Now the time has come to return to The Loop.

The boxed version of Tales From the Loop The Board Game is set to launch in Q4, 2021. The boxed set will include eight scenarios as well as high-quality miniatures.

Stay tuned to Gaming Trend for more info on Tales From the Loop – The Board Game and for all your gaming, tech, and entertainment news!