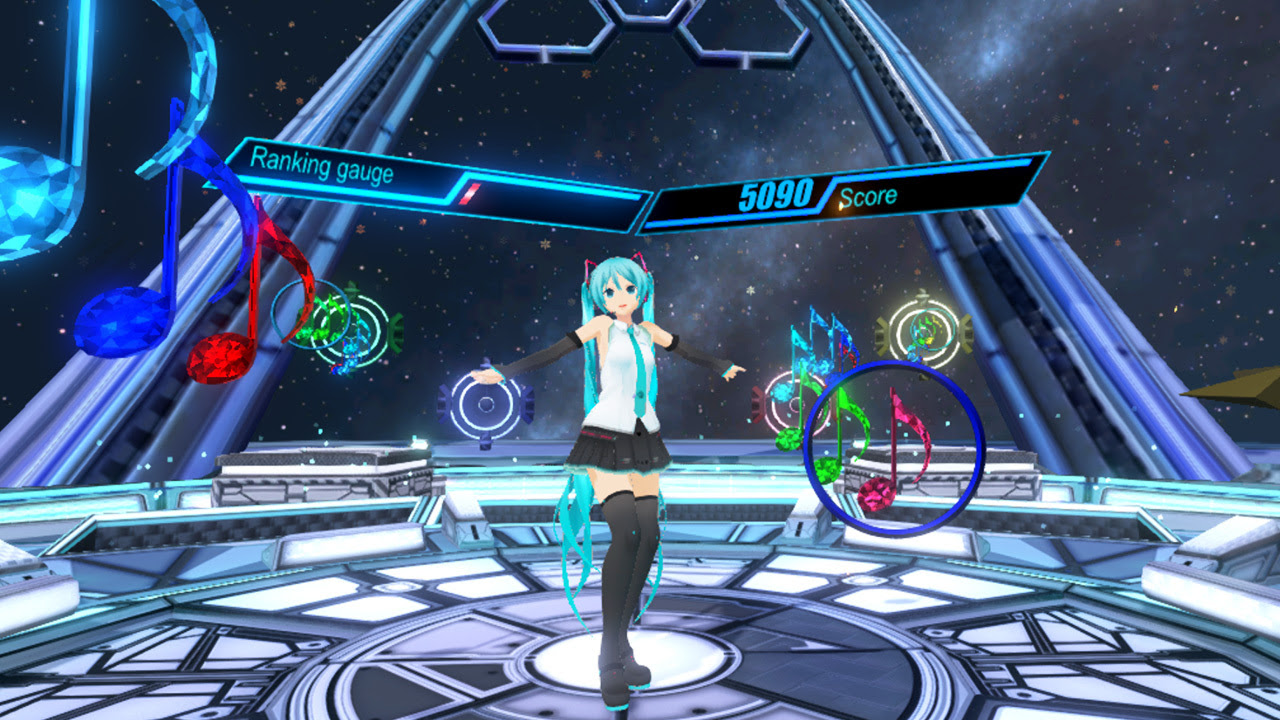 Yesterday, Degica Games and Crypton Future Media released its VR music game Hatsune Miku VR on Steam for VR headsets. The game is currently on sale with a 20 percent launch discount, and will include 8 songs at launch, with more being offered as future DLC.

Hatsune Miku VR is a Rhythm Action game for VR, that lets you play in virtual space to the songs made by talented creators all over internet. Just touch the notes that come out to the rhythm! This game also includes a Music Video mode, that lets you relax and enjoy watching Hatsune Miku singing and dancing to the songs.

As for the songs available, with more to be released post-launch: