Today, Greensky Games announced that it will release its VR game SWARM on April 8 for Oculus headsets in the Oculus Store, with a Steam release later this summer. The game’s 25 levels will allow players to explore a nausea-free setting as they defend themselves from, well… swarms of robotic enemies.

SWARM is vibrant, intense, and fast-paced. The title’s 25 levels and 5 dynamic zones are presented with brilliant cel-shaded graphics, plunging players into colorful worlds overrun with cunning robotic enemies they’ll have to outmaneuver, then blast. Paying homage to classic arcade shooters, SWARM is both relentless and rewarding, where survival requires twitch reactions and strategic thinking.

Designed with quick sessions in mind, each match in SWARM lasts 10-20 minutes allowing players to jump in as swiftly as they can swing from platforms in the game. With a globally competitive leaderboard, levels that always play out differently, and an epic skill ceiling befitting of a classic arcade game; SWARM is seriously replayable and will keep players coming back for more. 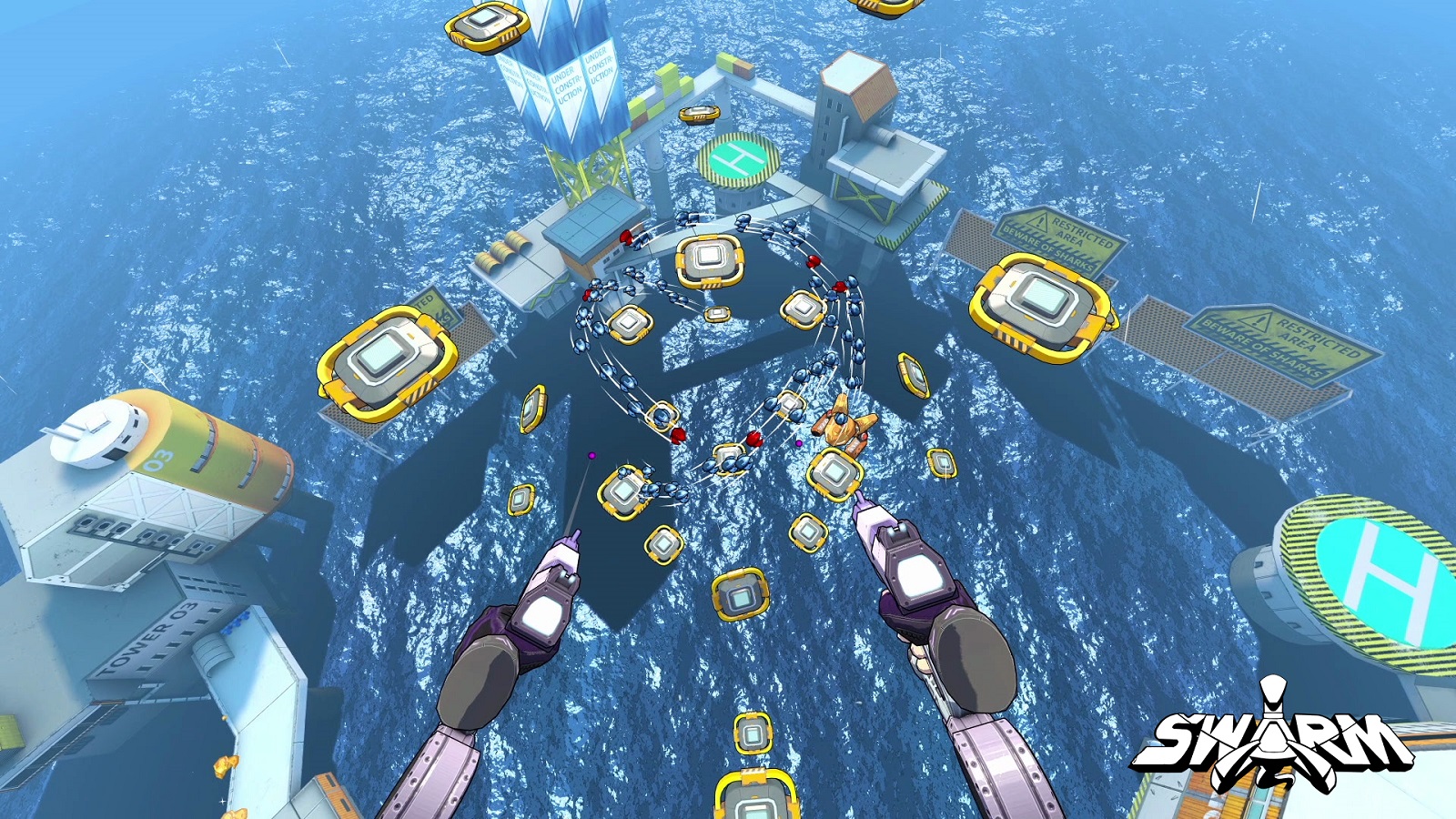 SWARM will be launching on the Oculus Store, with cross-buy support for both Oculus Quest and Rift on April 8. Players eager for this exhilarating experience on Steam can look forward to an early summer release.