Today, BitFinity announced that Tadpole Treble Encore is now available for the Nintendo Switch. Previously released on Wii U and Steam, the new updated version comes with a new stage and Handheld mode support.

Face the music in Tadpole Treble Encore. Independent developer BitFinity are thrilled to announce the release of Tadpole Treble Encore for the Nintendo Switch™ system today. In this unique approach to the rhythm game genre, players embark on a thrilling adventure through sheet music. As Baton, you’ll literally “play along” with the game’s music as you dodge past predators and obstacles who take the place of the notes for each level’s song. Avoid enemies and hit percussive notes on the beat to accumulate points and fill your Treble Charge to blast through anything in your path. 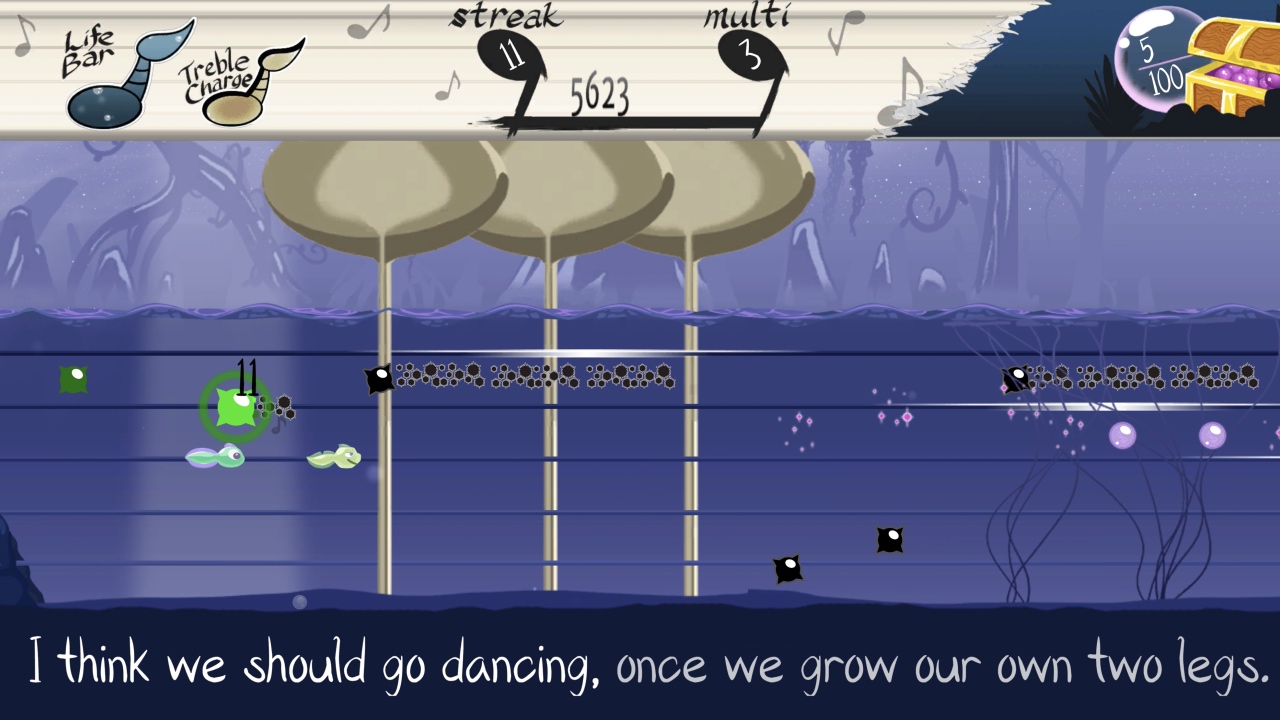 Tadpole Treble Encore comes packed with new unlockables, Handheld Mode support, and a brand-new stage exclusive for its Nintendo Switch system debut. All in all, there are over 30 original music compositions and 14 levels (including 5 boss battles). In addition to the story mode, the game includes bonus content such as unlockable music, a large bestiary, and in-game commentaries for every level. Best of all, the robust and easy-to-use Composition Mode lets players create their own original levels and music!

“As two lifelong gamers and Nintendo fans, we couldn’t be happier to be launching Tadpole Treble: Encore on the Nintendo Switch today,” said Michael Taranto, co-creator of Tadpole Treble Encore. “We’d like to thank our Kickstarter supporters and players who helped spread the word of Tadpole Treble on Wii U and Steam – and helped make this exciting encore a reality.”