Raz Games announced that it will release its top-down boxing game Boxing Champs for PC on May 30, with a Switch release coming in the near future. The game harkens back to the arcade era of sports video games as players will have three rounds to destroy their opponent in a fast-paced boxing match.

Boxing Champs does a great job of mixing top-down arcade gameplay (think Punch-Out!! – but from a different angle) with more traditional boxing mechanics that use both analog sticks to deliver the goods. Despite the cartoon-like visuals, players have full control over punch selection, combinations, and knock outs – resulting in an intense, arcade-like experience akin to ‘80s and ‘90s beat ‘em ups. 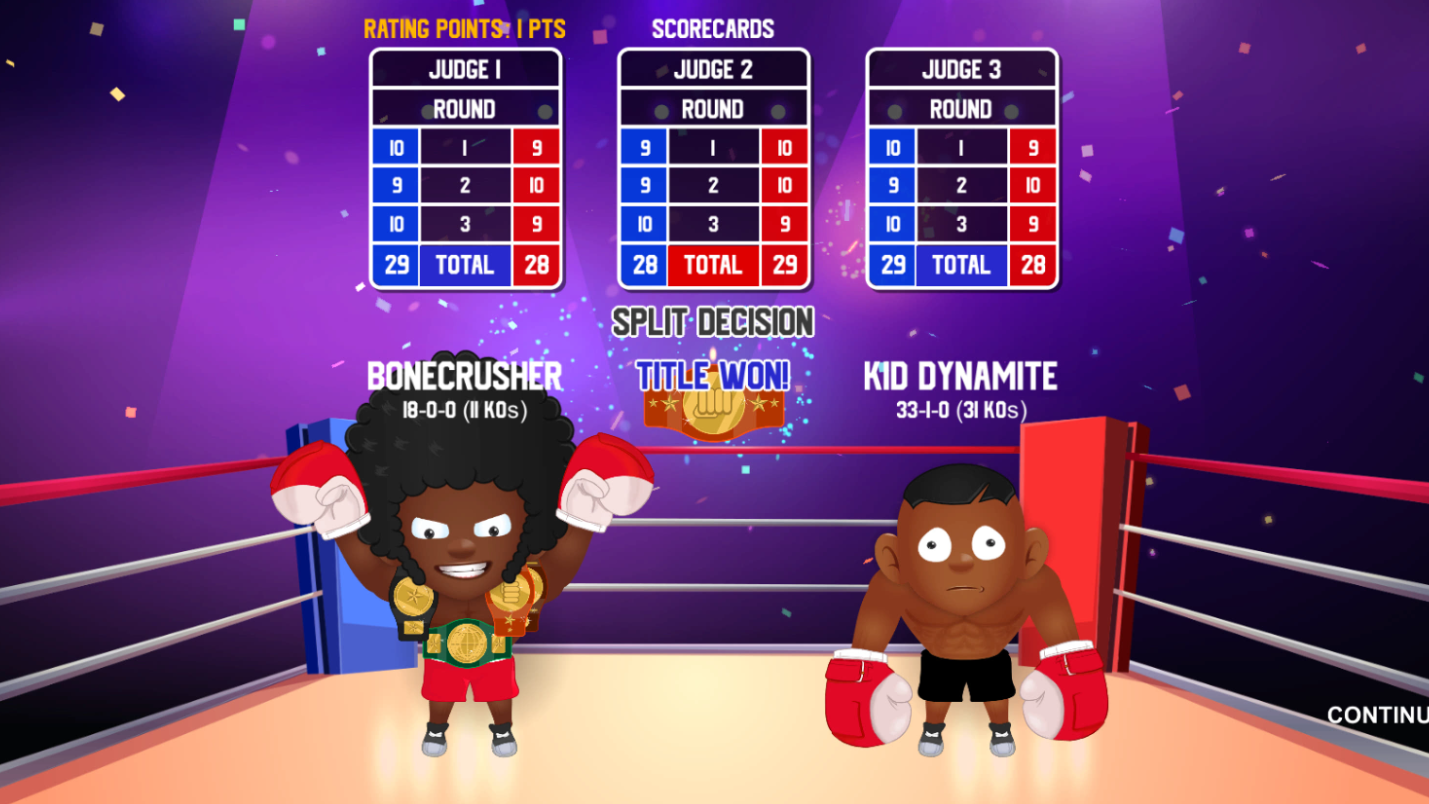 Over short three-round bouts, players can challenge friends in local multiplayer (online is in the works) or in a full-blown Career Mode with 30 preset characters. You can also create your own boxers with a robust customization system. Finally, Boxing Champs features multiple arenas (including Las Vegas, New York, and Los Angeles) and four different champions that stand between you and the title.

Snap the jab from the outside and throw combinations – or get inside with hooks and uppercuts to deliver the winning blow. Can you knock it out of the ring and become the undisputed World Champion?