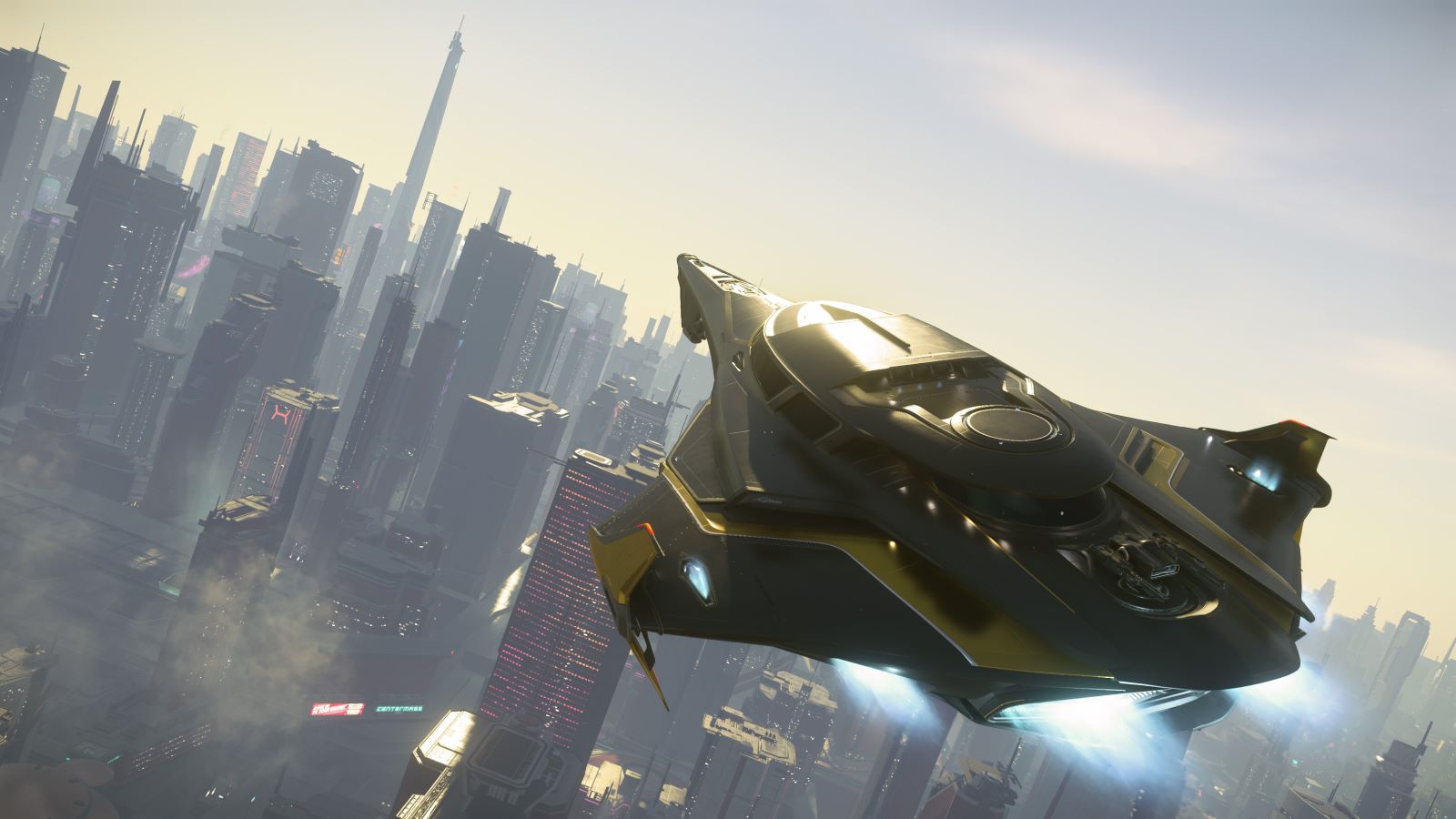 The annual Intergalactic Aerospace Expo is bringing new reveals, test flights, and more this year. The biggest highlight being that Star Citizen will be free-to-play from November 18th through the 30th. The digital event looks to replicate the experience of an in-person event with as much detail as possible. Convention attendees will be able to explore and admire fully interactive expo halls. All the info from the release is down below:

The galaxy’s premier annual aerospace event, the Intergalactic Aerospace Expo (IAE), returns from Nov. 18-30 in Star Citizen! The IAE celebrates the ever-expanding number of ships available in Star Citizen, replicating the look and feel of real-world conventions in-game for an immersive experience. Players will be able to explore the digital event as they would any convention, from strolling through fully interactive expo halls and seeing the latest ships on display each day in incredible detail, to meeting up with friends to explore and partake in exciting activities, or chance encounters with strangers that launch new friendships. No matter what career, or side of the law, players choose to pursue in-game, IAE is a time for all Citizens to come together to celebrate one thing they all love – spaceships!

Being sponsored by Drake Interplanetary for the first time, IAE 2952 will showcase ships from the top manufacturers across the ‘verse, with new ships on display each day on the show floor at New Babbage, microTech. Players can look forward to several new reveals during the event, starting with the Drake Corsair making its in-game, flyable debut. In addition to new reveals, players can freely test-fly more than 120 ships during the event. This year’s IAE takes place during troubling times in the ‘verse as the XenoThreat has been detected within Stanton, making it imperative that pilots have access to the latest tech and hardware available to protect themselves.

Featuring free access to over 120 ships through Nov. 30 and new content on the horizon, there’s never been a better time to play Star Citizen!

Highlights for this year’s Star Citizen IAE 2952 event include:

--Test-fly Over 120 Ships in Star Citizen for Free!

--Take a Tour of the Latest Ships: Two display halls will host manufacturers throughout the event, with a new company exhibiting each day and ships shown the day before moving to a second hall for any latecomers. Players can make discoveries daily, whether it be the perfect ship for their chosen career or something entirely new as they look for their place in the ‘verse. A full schedule of which companies will be featured each day can be found on the IAE 2952 website.

--New Ship Reveals: Drake Interplanetary, Anvil Aerospace, and Roberts Space Industries will be revealing new vehicles throughout IAE 2952 as they take to the show floor.

--Drake Corsair: Event sponsor Drake Interplanetary will be launching their vision for a crewed exploration vessel on the first day of the event. Available to fly immediately, the Drake Corsair supports a crew of up to four players, complete with oversized fuel tanks, living quarters, and strong armaments allowing it to boldly venture into the unknown!

--Best in Show: Starting on Nov. 27, attendees can look forward to rewards from this year’s Ship Showdown competition! The final four ships, the Carrack, Mercury, C8X Pisces Expedition, and Scorpius, will all receive limited-edition paint options, with owners of all ships also receiving limited-time manufacturer challenge coins. This year’s ultimate winner and the first ship in Star Citizen history to win two Ship Showdowns, the Carrack, will be commemorated with an in-game ship model celebrating the milestone.