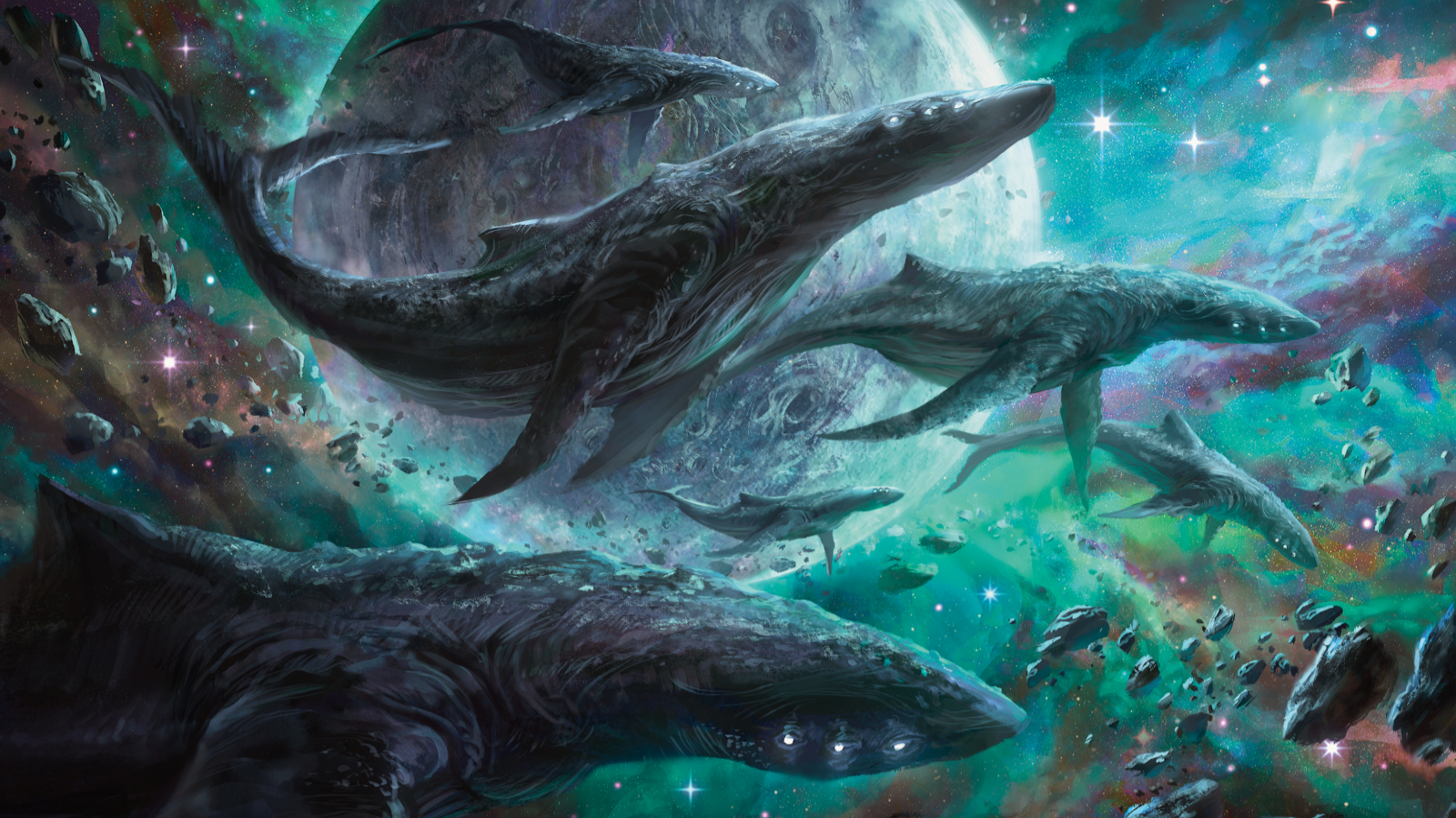 Spelljammer returns with a blast, well, two actually! Originally designed for 2nd edition, Spelljammer rocketed the classic D&D experience into outer space, and now it’s back; with its own soundtrack! 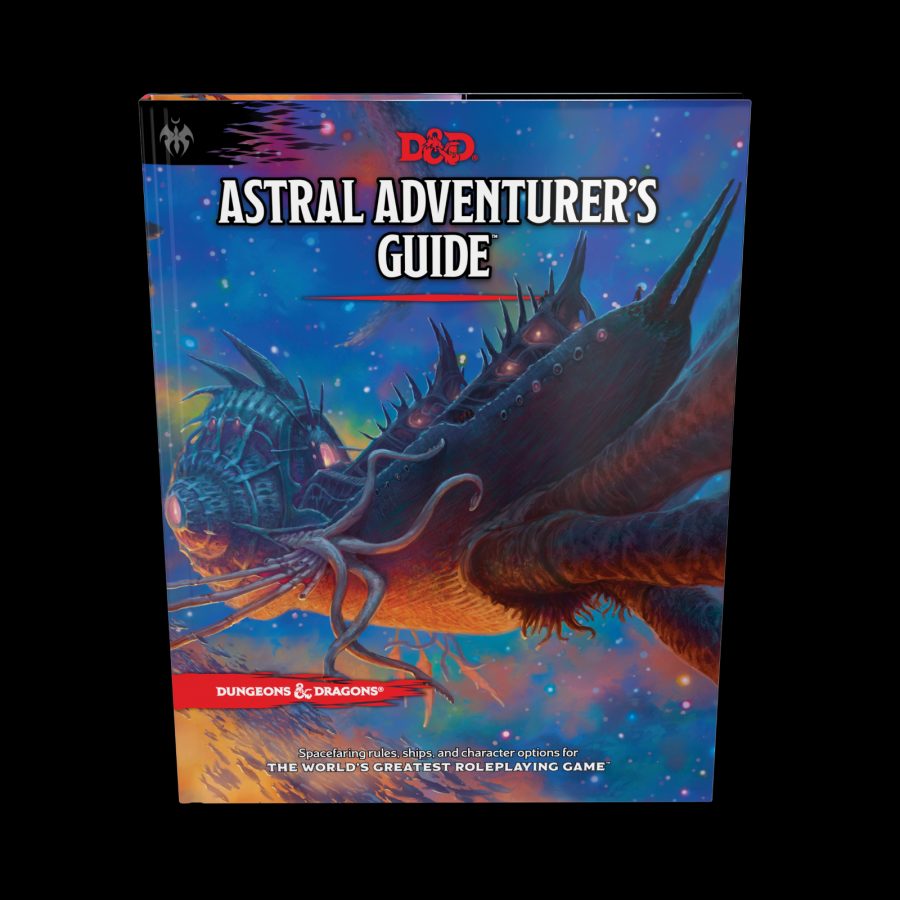 The adventure presents the Astral Plane as a D&D campaign setting unlike any other. This set contains everything a Dungeon Master needs to run adventures and campaigns as well as new options for players who want to create characters at home in this fantastic setting.

Spelljams is an album of music created by cutting-edge bands and musical acts all inspired by Spelljammer: Adventures in Space. 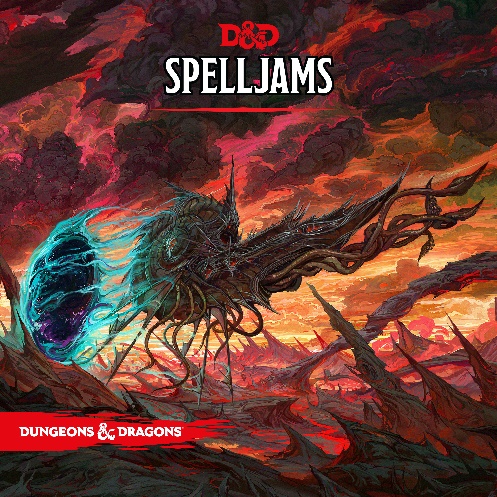 Spelljams features a double LP’s worth of tracks from artists all produced by Chris Funk, guitarist from The Decemberists who plays D&D with many folks in the music scene in Portland, Oregon. Chris Perkins, story architect at D&D and lead designer of Spelljammer, worked with Funk to bring the Flash Gordon-esque soundtrack to life.

“You know what they like on the Rock of Bral?” asked Perkins, referring to a location in Spelljammer. “Rock music! The brilliant Chris Funk has assembled a motley crew of bards to create Spelljams—music inspired by our newest Spelljammer adventure, Light of Xaryxis. I encourage Dungeon Masters use Spelljams as background music during their D&D game sessions or listen to it while dreaming up future hijinks. Everyone else: enjoy the music of Wildspace!”

“Helping facilitate bringing this world to life through music and the amazing artists’ visions that were selected was an honor of a lifetime,” said Funk. “I am of the opinion when people think of Dungeons & Dragons that there is a preconceived underscore of what these worlds might sound like. With this bold return to Spelljammer we were excited to push the boundaries deep into Wildspace, working with artists from diverse musical backgrounds that could challenge what music in the multiverse of the world’s greatest roleplaying game might sound like. Each artist was given a character or plot prompt from the storyline, then challenged to write an original composition based on Light of Xaryxis. We hope you enjoy the result!”

Also available now is the Campaign: Case Terrain, a box of terrain tiles and clings to whip up any setting within a D&D adventure. 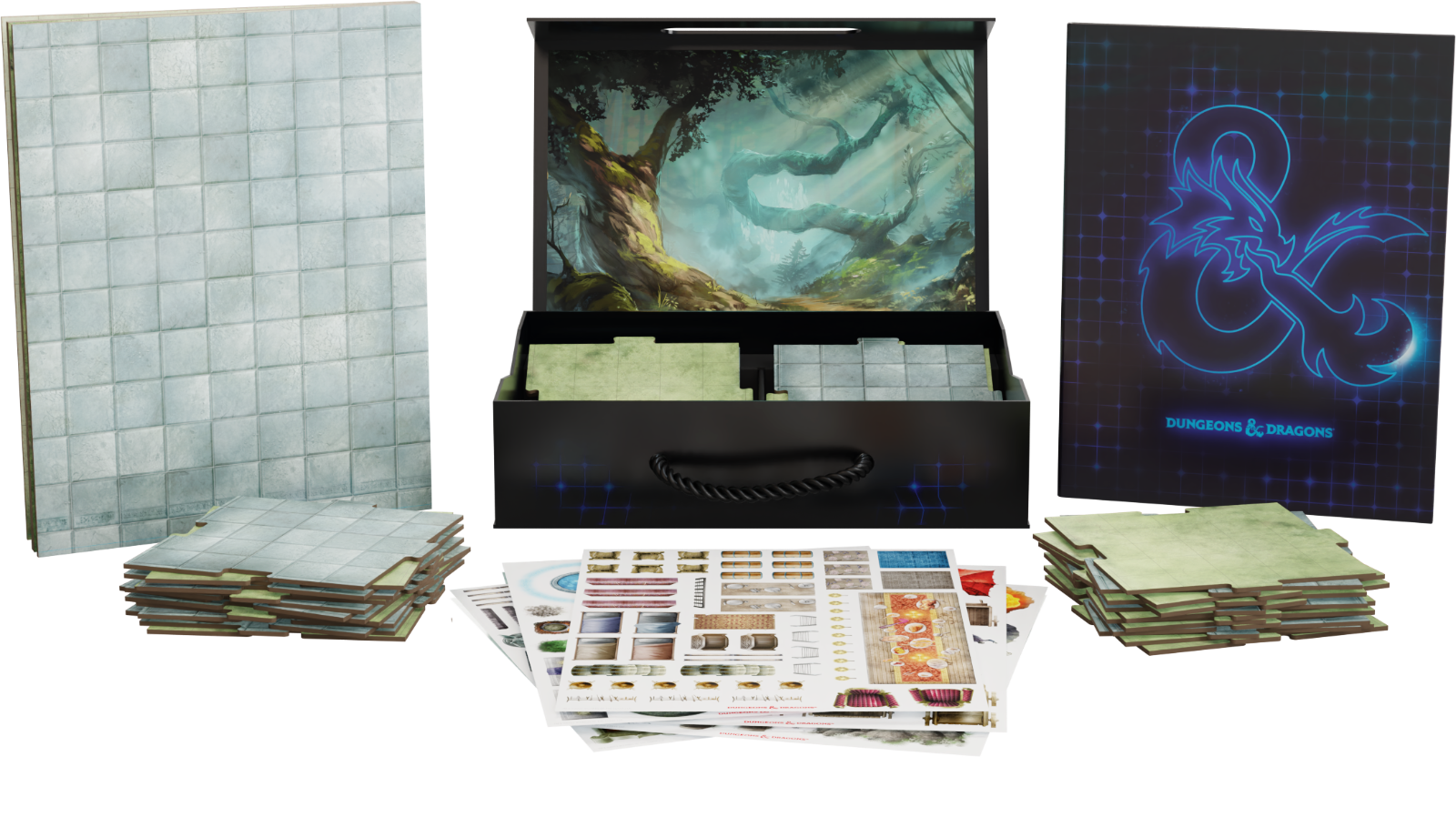 This terrain campaign case contains everything a Dungeon Master needs to construct encounters for your wilderness, dungeon, and city adventures, including a set of double-sided adventure tiles and a collection of illustrated adventure clings to customize your maps.