Sonic fans need not wait too much longer as the latest entry in the iconic speedy hedgehog’s series is set to launch on November 8th, 2022 for the PS4/PS5/Xbox One/Xbox Series X|S, and the Nintendo Switch. Alongside the release date announcement was details for the game’s pre-order bonuses and digital deluxe editions and a new trailer, which you can view above. Read below for more details:

Burbank, Calif. — August 23, 2022 — SEGA of America, Inc. announced Sonic Frontiers is launching just in time for the holiday season on November 8, 2022 and is now available to pre-order for PlayStation®5 (PS5™) and PlayStation®4 (PS4™) consoles, Xbox Series X|S, Xbox One, the Nintendo Switch family of systems and Steam starting at $59.99 USD and will be supported with Smart Delivery on Xbox Series X|S and Xbox One.

Sonic fans can pre-order the Standard or Digital Deluxe editions of Sonic Frontiers ahead of launch to receive the following pre-order incentives and give Sonic a boost on his new journey: 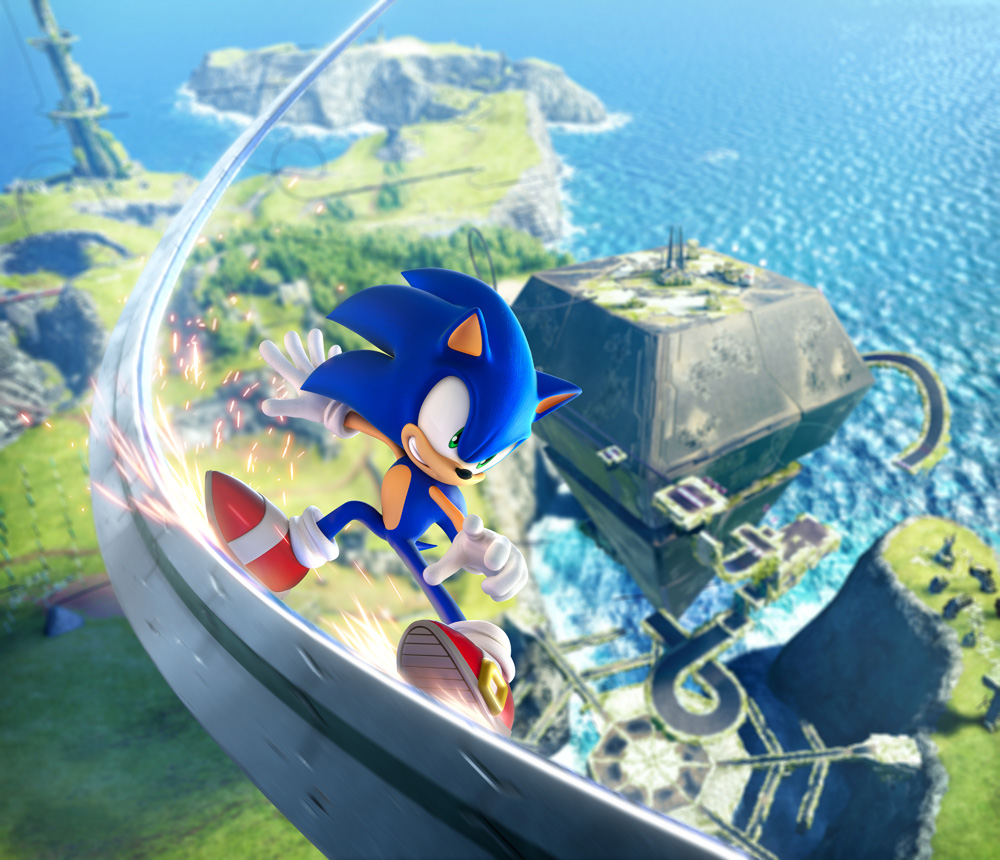 Worlds are colliding in Sonic the Hedgehog’s newest high-speed adventure. In search of the missing Chaos emeralds, Sonic becomes stranded on an ancient island teeming with unusual creatures. Players will battle hordes of powerful enemies as they explore a breathtaking world of action, adventure and mystery. Players will accelerate to new heights and experience the thrill of high-velocity, open-zone platforming freedom as they race across the Starfall Islands. Welcome to the evolution of Sonic games.

Experience All-New Open Zone Platforming – Race across the Starfall Islands, brimming with dense forests, overflowing waterfalls and sizzling desert landscapes, each with their own unique action-platforming challenges and hidden secrets to uncover.

Unparalleled High-Speed Freedom – See what each island has to offer at the speed only Sonic can deliver. Players can blaze a trail as they see fit and discover side quests, solve puzzles, scale enormous structures, go fishing and encounter a friendly face or two along the way.

Challenge Yourself in Cyber Space – Discover portals scattered across the islands and race through every Cyber Space level, featuring signature 3D platforming at Sonic speeds and many challenges to put your skills to the test.

Cyber-Powered Combat – Players can use the all-new battle system and skill tree upgrades to fight strategically, combining moves such as dodges, parries, counters, combos and the new Cyloop ability to take down mysterious foes and colossal titans.

A New Adventure Full of Mystery and Intrigue – Become Sonic and uncover the mysteries behind the remains of an ancient civilization plagued by robotic hordes. With nothing but a handful of questions and a disembodied voice to guide him, Sonic sets out to save his friends and the enigmatic inhabitants of the Starfall Islands from a colossal, mechanized threat.