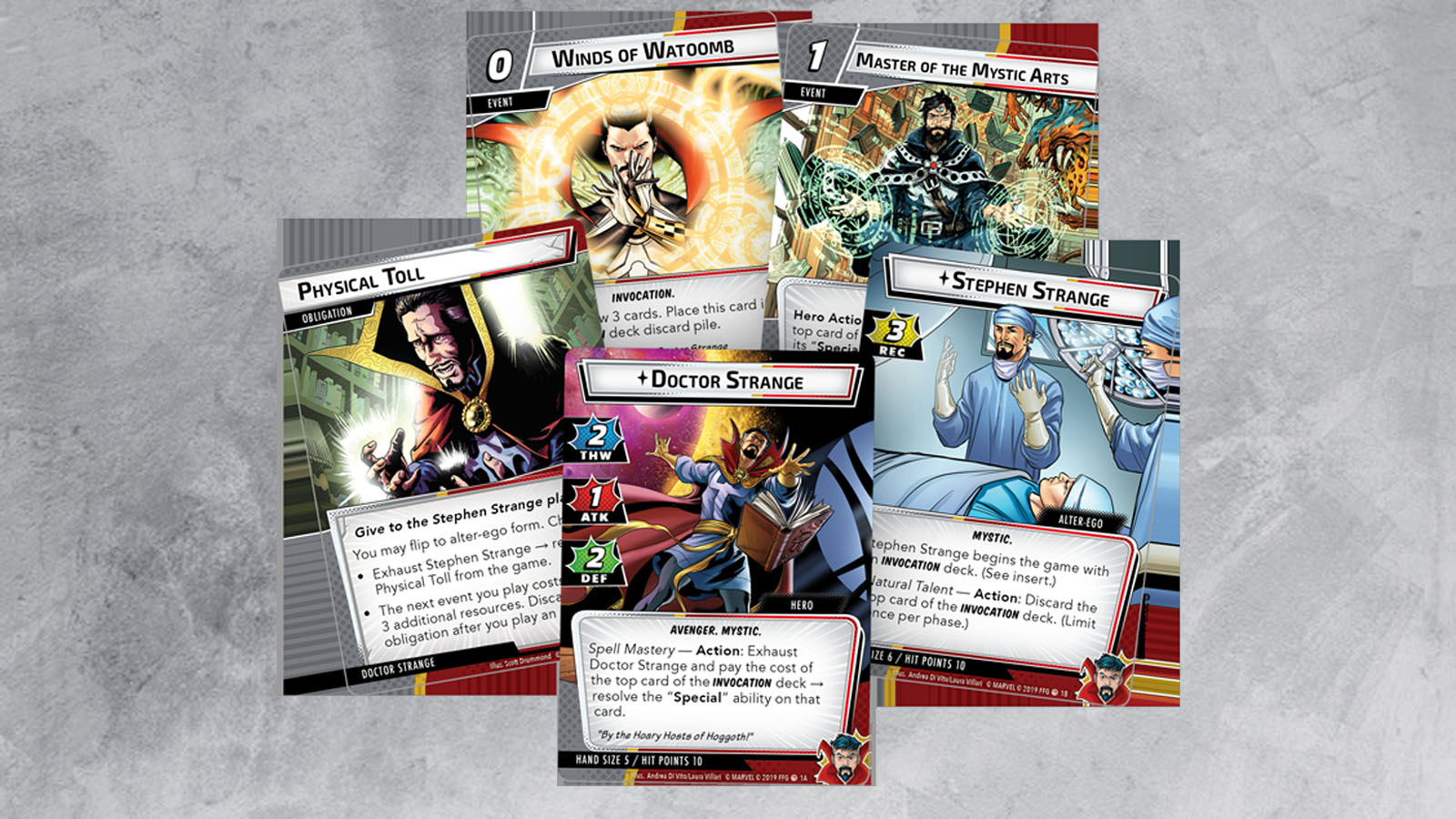 Fantasy Flight Games has announced that the Sorcerer Supreme himself would be joining Marvel Champions: The Card Game in an upcoming hero pack. This is available for pre-order now on their website for $14.95.

When renowned surgeon Doctor Stephen Strange sought to fix his broken hands through magical means, he found a new calling in life. Utilizing mystic forces beyond our mortal understanding, Doctor Strange now protects our dimension as the Sorcerer Supreme!

Doctor Strange calls upon forces beyond our understanding, represented within the game by a unique Invocation deck. As the defender of our dimension, the Doctor Strange Hero Pack offers a fully pre-built deck using the Protection aspect to ensure your team of heroes can defend against any attack, from this mortal realm or beyond!

There are invocations beyond our wildest understanding. To represent the incredible knowledge and magical power of Doctor Strange (Doctor Strange, 1), he begins each game with a special, fixed deck of five Invocation cards, in addition to his player deck. The top card of this Invocation deck is always faceup, and can be played with Doctor Strange’s Spell Mastery ability. Alternatively, you can use the natural talent of Stephen Strange (Doctor Strange, 2) to discard the top card of the Invocation deck, helping you cycle through the five cards and find the one you need at the right time. If the Invocation deck is ever empty, you’ll simply shuffle the five cards back together to form the deck again with no penalty—preparing you to launch into these powerful spells again!

Playing these cards comes at the cost of exhausting Doctor Strange, but they are appropriately powerful. Crimson Bands of Cyttorak (Doctor Strange, 32) not only deals out a massive seven damage, but ensures the villain will be all wrapped up when it’s their time to attack. Alternatively, the Winds of Watoomb (Doctor Strange, 36) can be used to fuel your next turn, giving you a windfall of new cards to energize your mystic spells.

Meanwhile, Master of the Mystic Arts (Doctor Strange, 5) allows the Sorcerer Supreme to bend the rules of his own Invocations, essentially letting a card be played twice before being replaced. You may draw six cards with the Winds of Watoomb or lock down multiple enemies with the Crimson Bands of Cyttorak!

Fantasy Flight continues to add new content to this new game. Check it out today if you haven’t and stay tuned to Gaming Trend for all your tabletop news.