Yesterday, Screenwave Media Games and Pixelnicks announced that they will release the Metroidvania title Eagle Island for the Nintendo Switch and Pc on July 11. The game will also come with a number of accessibility options for those that need them.

At release, players will partner with their owl-companion Koji in search of Ichiro – abruptly stolen by the island’s giant eagle deity, Armaura. In high precision pursuit, players will leap, cast, and discover the secrets of Eagle Island’s magical past. Eagle Island’s twisting narrative is supported whether playing the “Official Seed” for speed runs or taking a more casual approach featuring millions of uniquely generated levels. Welcome to Eagle Island! 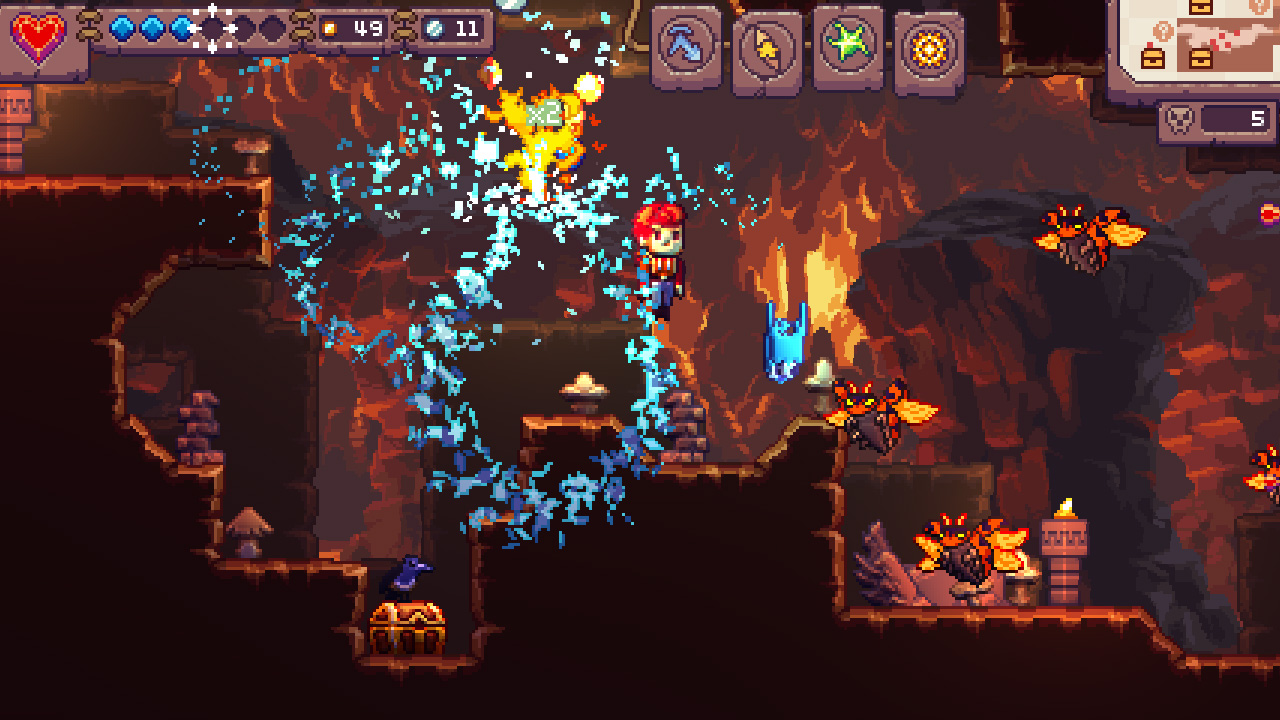 Pixelnicks has also announced a variety of different visual and control accessibility options, such as colorblind mode, game speed manipulation, and auto-aim. Check out the trailer above, and stay tuned for more news here on Gaming Trend.