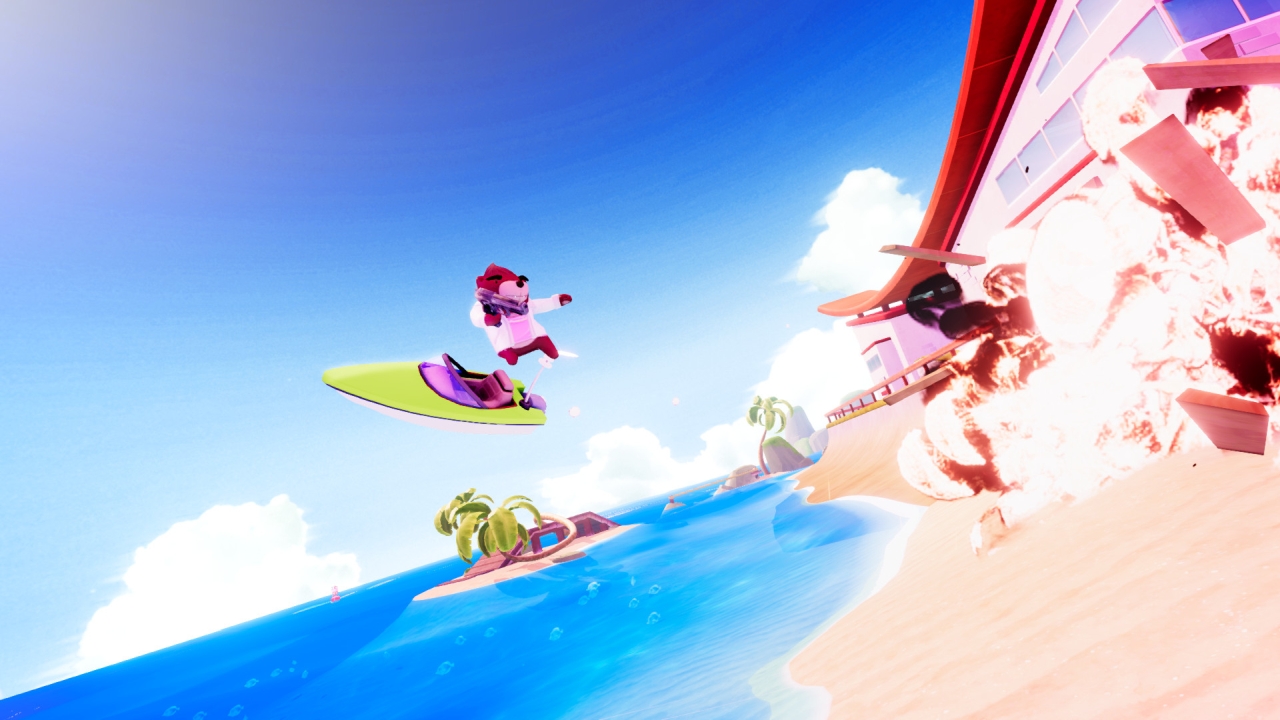 Kinda Funny Games debuted a new trailer at E3 today for their high-octane, action filled, fresh take on classic skating games. It’s inspired by games such as Tony Hawk Pro Skater, Wave Race 64, and Twisted Metal. The Alpha Multiplayer Playtest will run throughout the duration of E3. Anyone who joins their Discord (http://discord.gg/funktroniclabs) will immediately obtain a Steam key to participate in the same E3 Alpha Multiplayer event online.

Here is what we know so far:

Built-from the ground up for multiplayer, Wave Race takes place in a chaotic, 80s Miami Vice-style mafia-esque world, where you can perform tricks on boats and shoot down your opponents, all to a chill, original synthwave soundtrack.