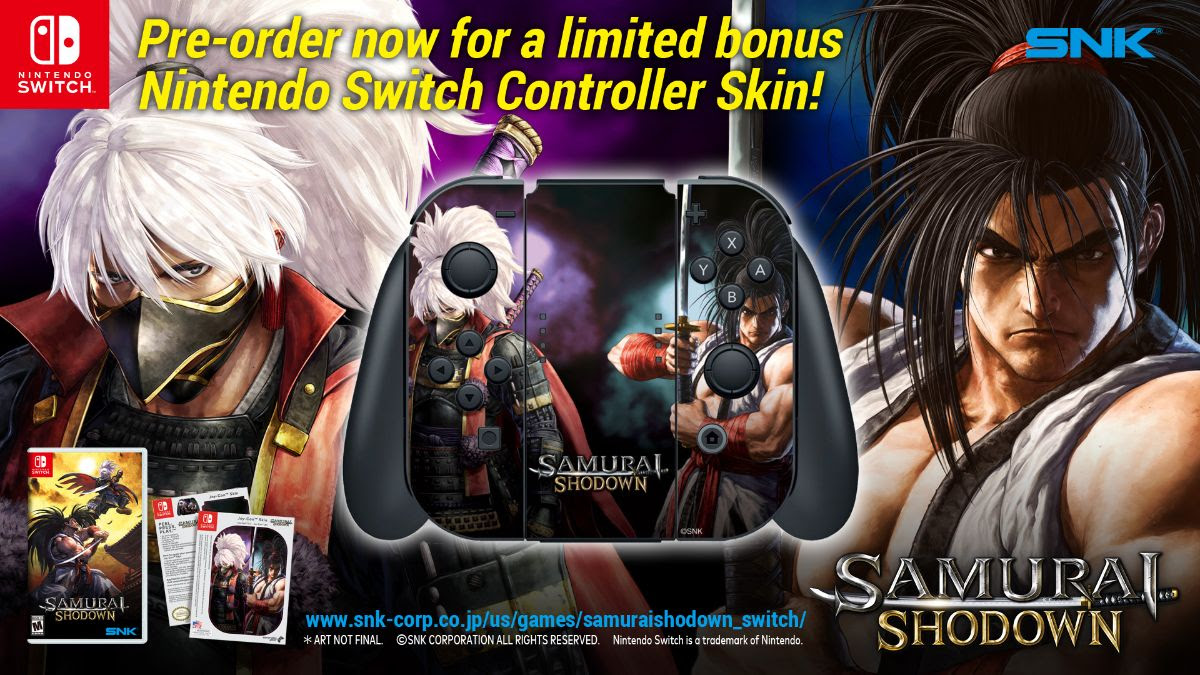 This latest entry keeps in line with the weapon-based fighting mechanics that the franchise helped popularize in 1993, as signature features like the Rage Gauge and Lightning Blade will return alongside a robust roster of new and familiar fighters. In addition to everything included above, Hisame Shizumaru from SAMURAI SHODOWN III will be included as a free character.

SAMURAI SHODOWN for Nintendo Switch™ will launch on February 25 for $49.99 USD. Players who pre-order the physical version today can look forward to receiving both the port of SAMURAI SHODOWN! 2 (originally released on Neo Geo Pocket), and a bonus controller skin as well.

Check out our review of the PlayStation 4 version of Samurai Shodown, and stay tuned for more news here on Gaming Trend.