Last Friday, ASTRO PORT and Henteko Doujin announced that it has released its side-scrolling action game Rocketron is available now in English through Steam. The game will allow players to control a cybernetic humanoid across 20 stages featuring sharp controls and other weapons.

Fly through the sky! Rain down fire on the enemy forces from above! 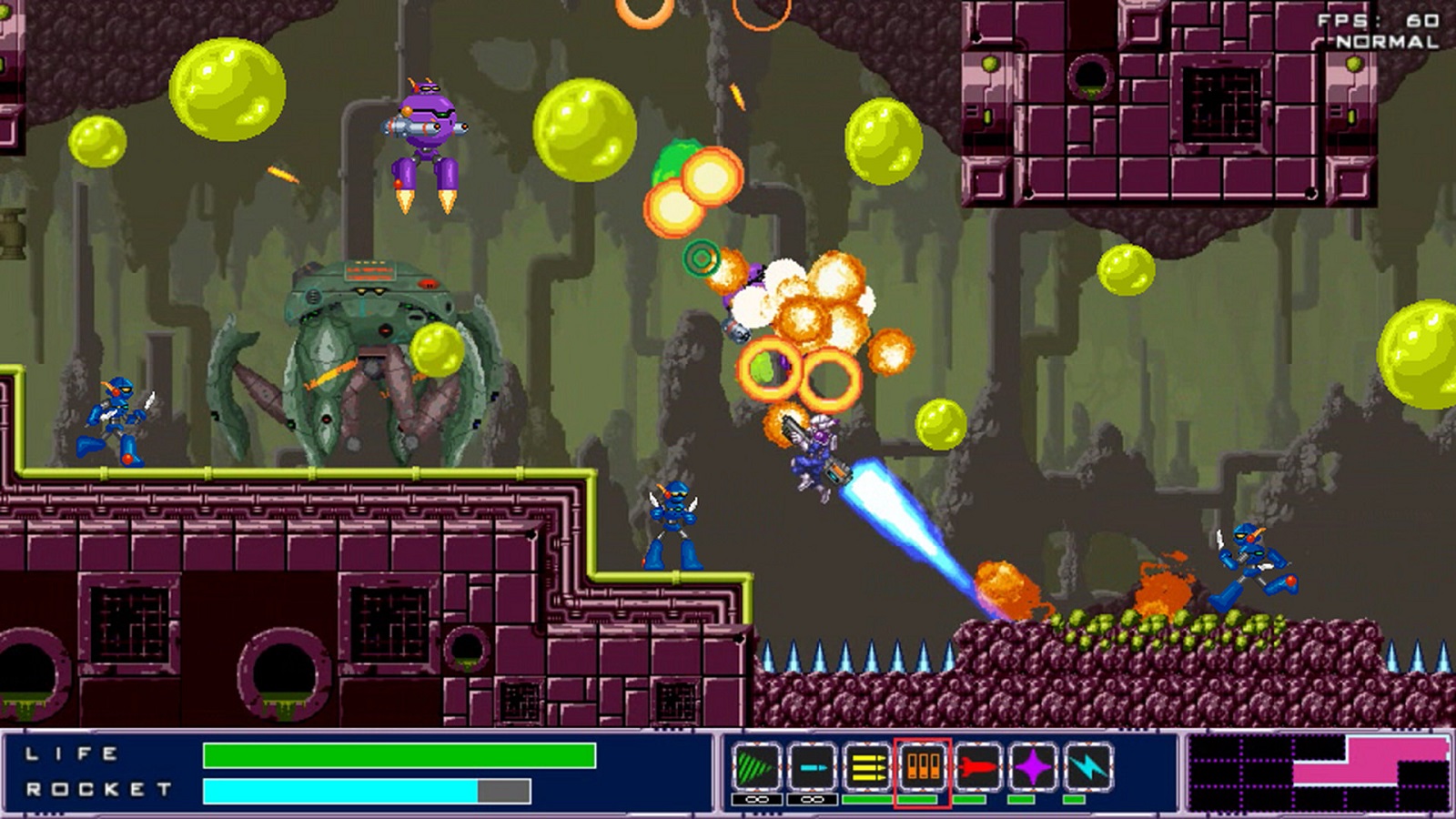 Use your rocket musket and 8 different types of weapons to boost through the sky, charge enemies,  and leap over pit falls as you investigate a new mysterious enemy. Enjoy solid combat and simple non-linear exploration in this high flying side-scrolling action shooter!

The year is 2049. A mysterious group known as “The Congregation of Gogoh” has incited global insurrection on the cyberhuman planet of Metnal 28 as part of a nefarious plot for world domination.

A galactic peacekeeping group that operates under the name “ARGO EXPRESS” has sent a cybernetic warrior known as “B.L.A.M” armed with a new weapon, a “rocket musket”, to try and stop them…