Team Maniax has recently announced that its multiplayer shooter Retimed will be released on December 5 for PC and Mac. Already released on Nintendo Switch, this arena shooter will allow players to utilize slow motion in order to get the drop on opponents.

Retimed is a 1 – 4 player 2D arena shooter with slow-motion mechanics.

A time warping bubble automatically opens up around any player that is in grave danger, offering an opportunity to try and dodge the imminent peril. 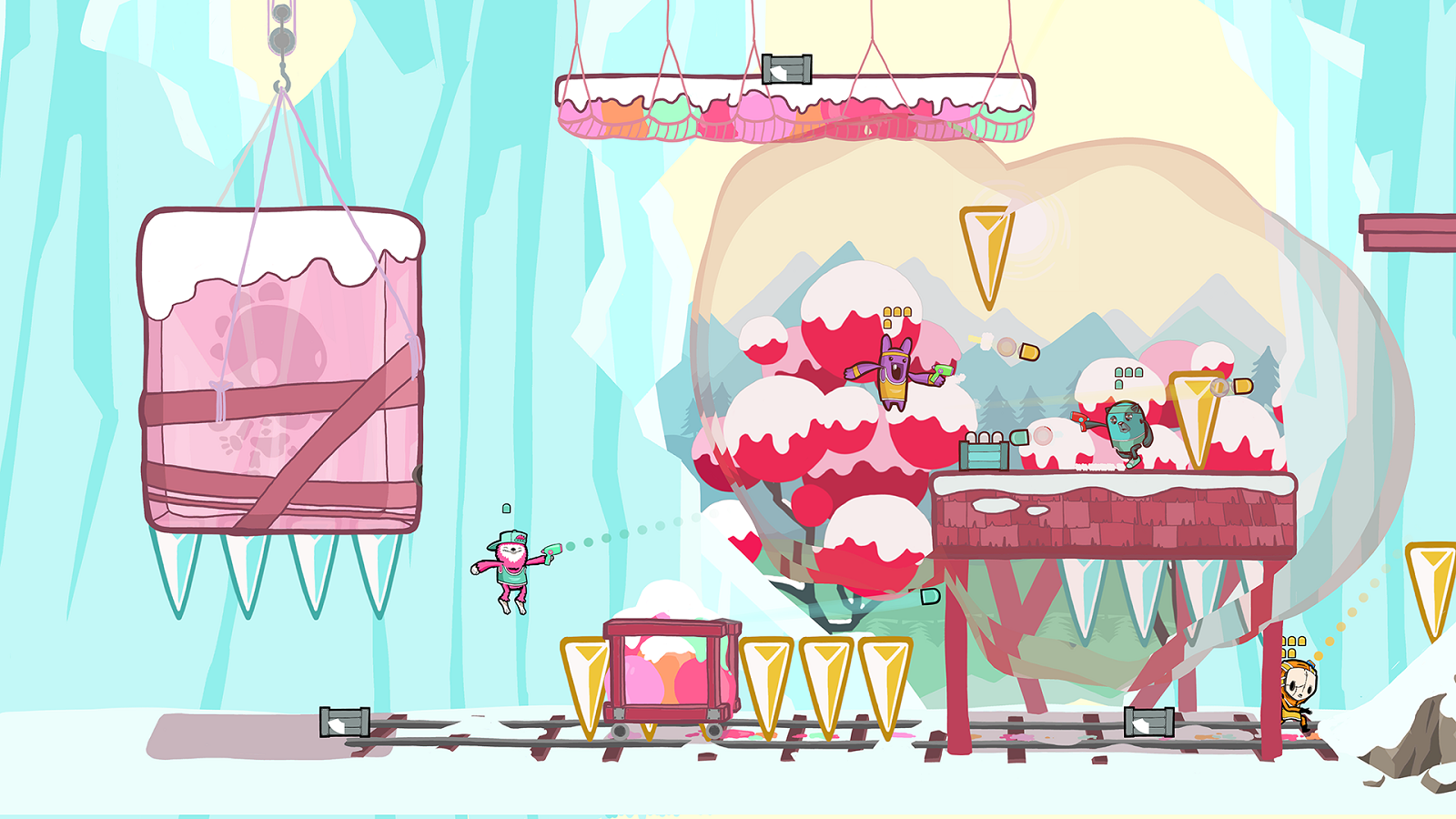