The highly anticipated turn-based RPG Sea of Stars now has a trailer, and confirmed that it will be releasing on PlayStation, Steam, and the Nintendo Switch in 2023. You can check out the retro-inspired gameplay in the trailer above and read below for more info:

QUEBEC CITY – (July 7, 2022) – Hot on the heels of the Summer Solstice and freshly announced during PlayStation’s event spotlighting new indies, developer Sabotage Studio revealed that its turn-based RPG Sea of Stars will also come to PlayStation consoles when it launches next year.

Sea of Stars tells the story of two Children of the Solstice, uniting players with Valere and Zale, youths fated to become Solstice Warriors. Combining their Sun and Moon powers to perform Eclipse Magic, they are pledged to fight the monstrous creations of the evil alchemist known as The Fleshmancer.  Set to a stunning soundtrack with original works by legendary composer Yasunori Mitsuda (Chrono Trigger) who joins Sabotage Studio’s composer Eric W. Brown, Sea of Stars is poised to be one of 2023’s most anticipated games.

Today’s trailer, revealed during PlayStation’s event, showcased updated footage of the early chapters of the game. Sabotage Studio confirmed that development on Sea of Stars’ PlayStation version has been in production for many months at this point, with all footage from today’s announcement coming from PlayStation consoles. Taking inspiration from classics such as Chrono Trigger and utilizing stunning pixel art visuals, Sea of Stars promises to be well worth the wait until its launch next year. 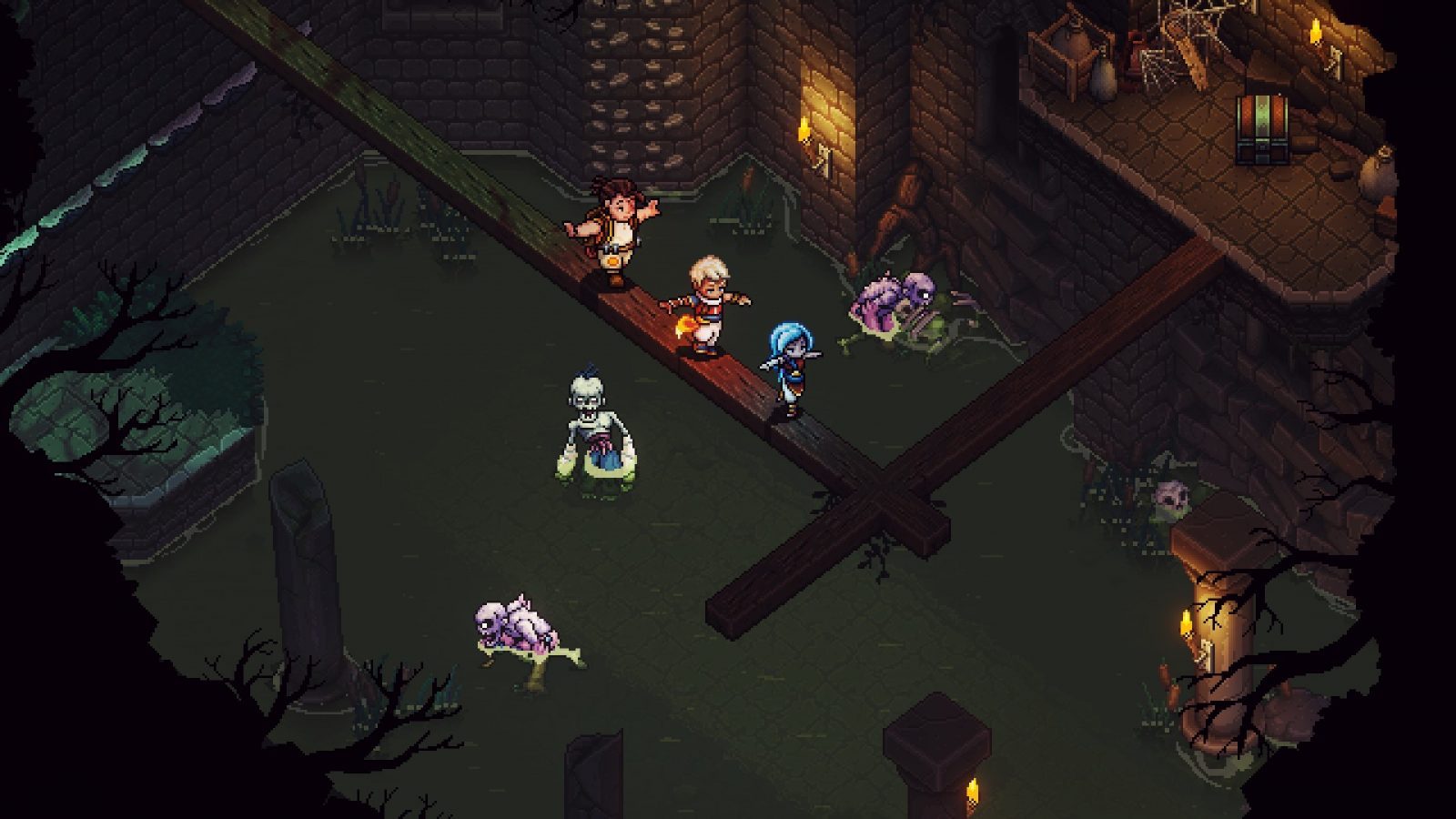 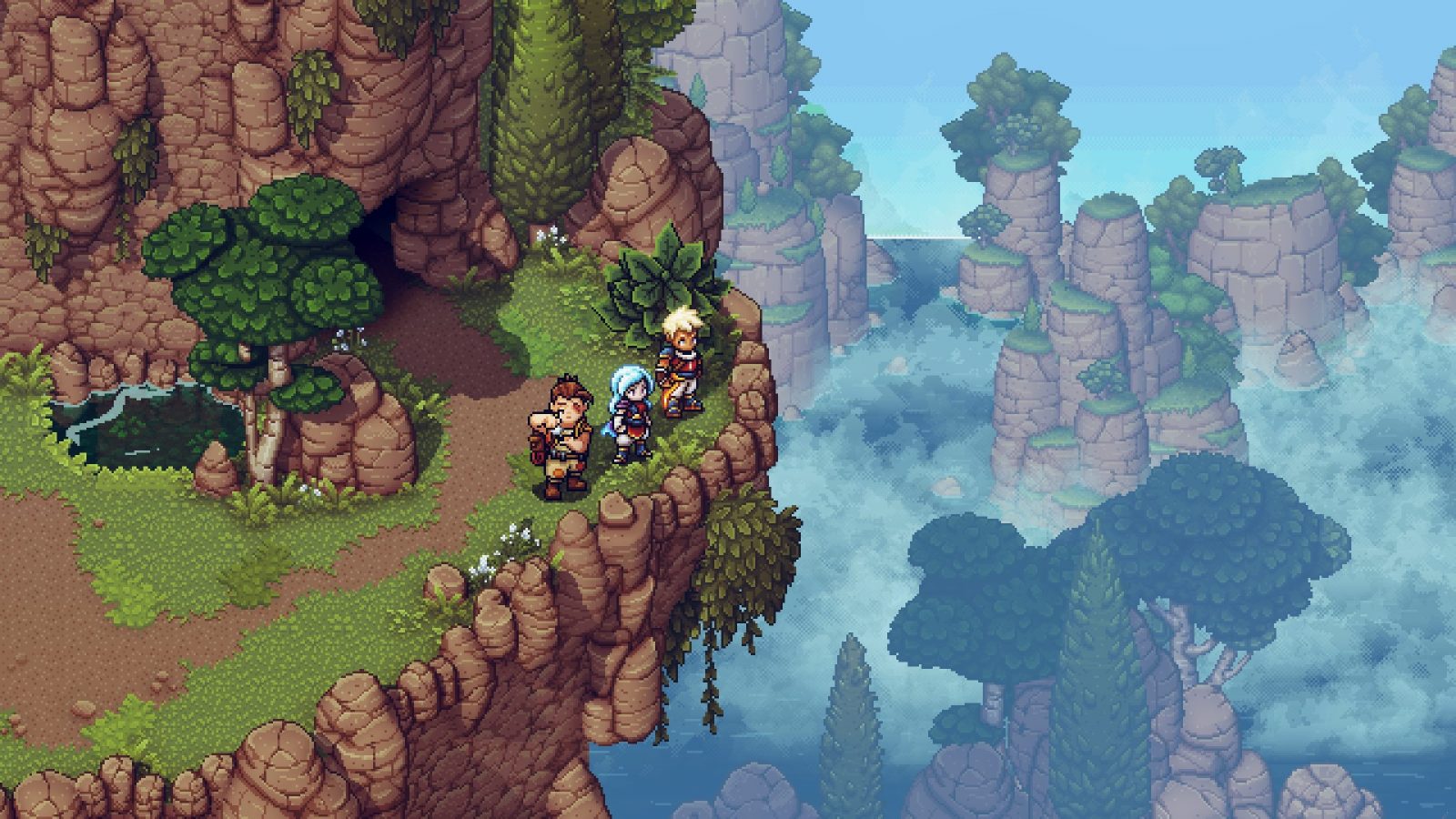 Engaging Turn-based Combat: Pressing the action button in sync with the animations increases damage output while reducing incoming damage. Along with timed hits, combat features combo attacks, boosting, and a strategic “locks” system offering options to play with different damage types in order to hinder enemies while they are channeling powerful attacks or spells, all in an immersive take on the genre; no random encounters, no transitions to separate battlefields, and no grinding.

Unshackled Traversal: Swim, climb, vault, jump off or hoist up ledges as you traverse seamlessly through the world with a navigation system based on platformer expertise that breaks free from the classic bound-to-the-grid tileset movement.

A Story Rich Adventure: Dozens of original characters and story arcs will take you on a captivating journey. Sometimes epic, sometimes silly, and other times emotional, Sea of Stars does its RPG duty of exploring classic themes of adventure and friendship, while also being chock-full of the unexpected twists and events you’d expect from a Sabotage Studio production.

All Fun, No Tedium: Enjoy combat without fear of hitting a wall and having to grind for experience or items; in Sea of Stars, defeat requires a change in battle plans, not hours of repetition to better the odds in a rematch. 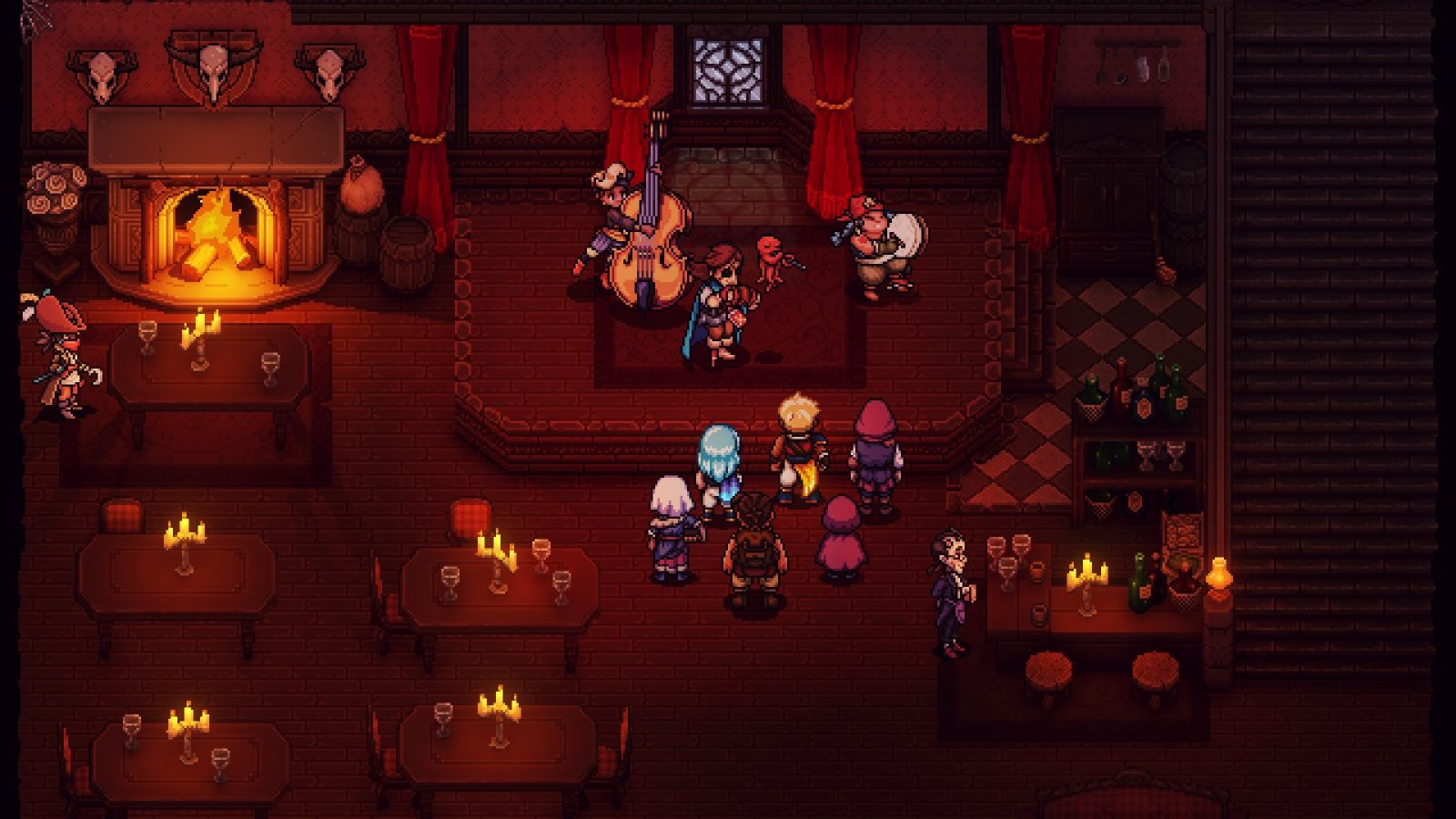 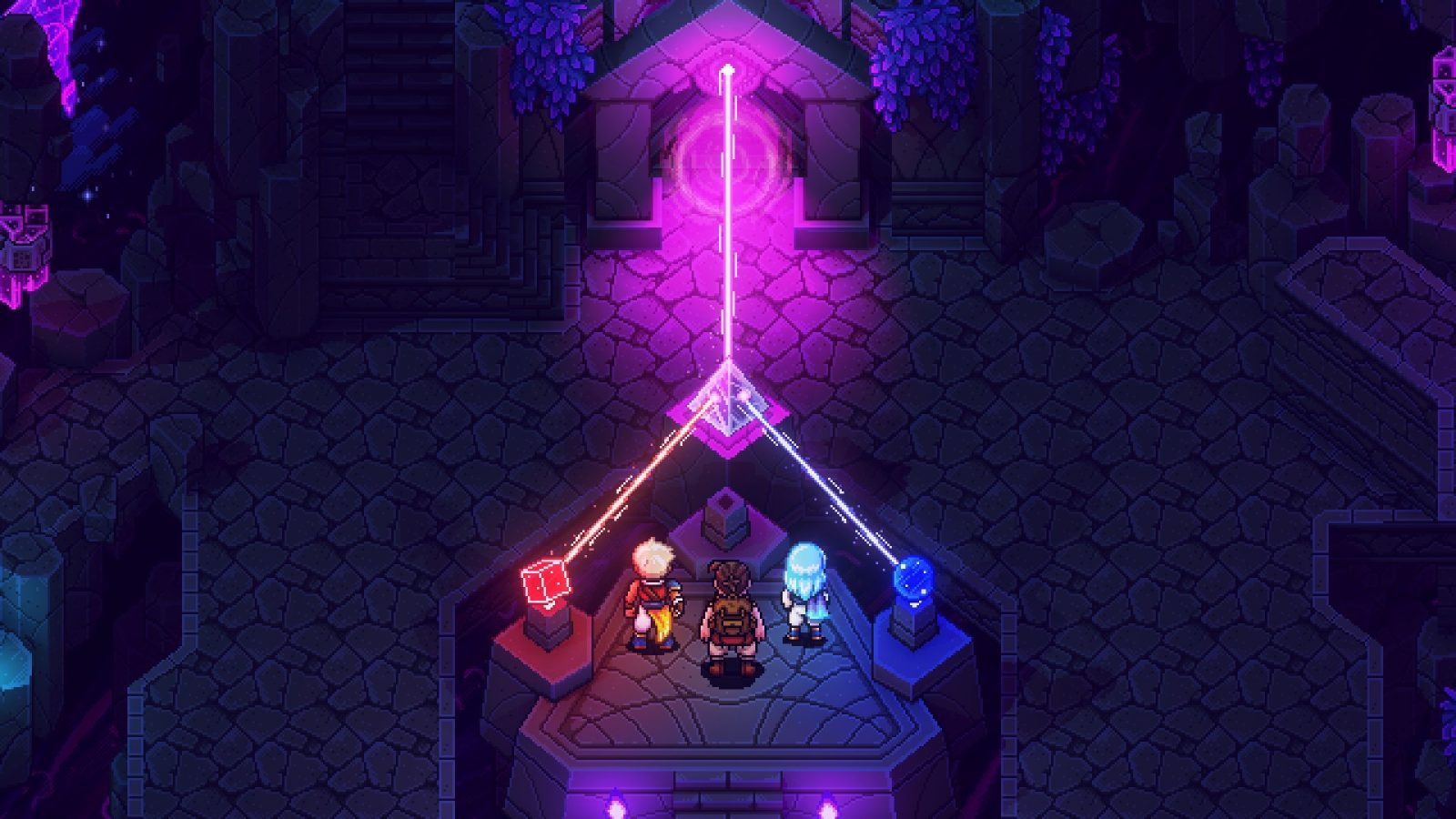 A World You Can Touch: There are many ways to hang out in the world of Sea of Stars if you feel inclined to change the pace during your adventures. Sailing, cooking, fishing, stopping by a tavern to listen to a song or play the infamous tabletop game known as “Wheels” … every system has been designed to deliver an experience that pays respect to retro classics, while rethinking in some areas to offer a smooth and modernized experience.

Radiant Lighting: Dynamic light effects pairs with a world-influencing day/night cycle to make every area feel truly alive, pushing the traditional visual limits of classically-styled 2D pixel-art games; the only way to properly tell the story of heroes conjuring the powers of the Sun and the Moon.