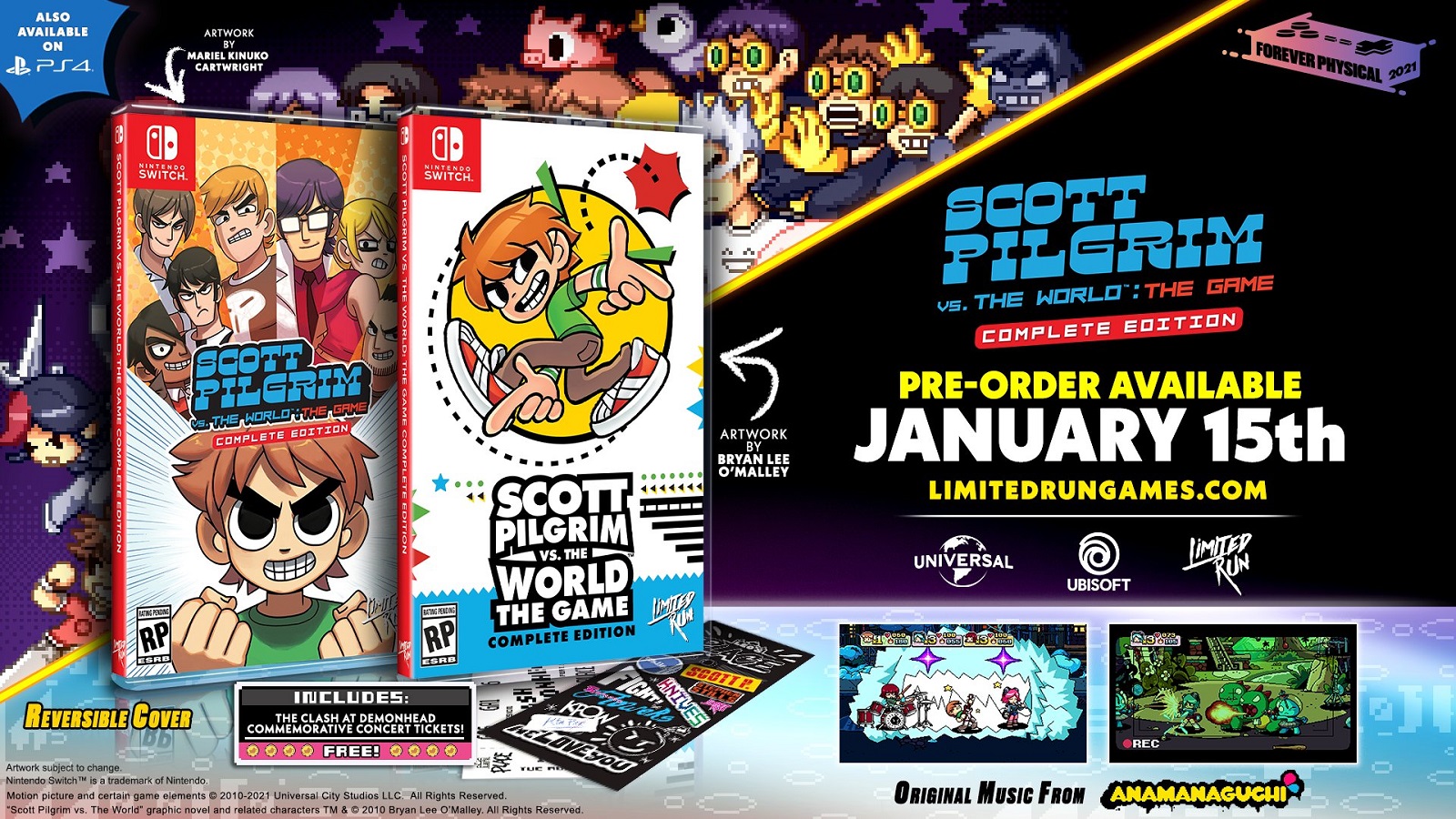 As if the news that Ubisoft announced the upcoming release of Scott Pilgrim vs The World: The Game – Complete Edition for January 14 wasn’t exciting enough, physical collectors can rejoice as Limited Run Games has announced that there will now be a physical edition of the game for PlayStation 4 and Nintendo Switch! The games will come as an open pre-order starting January 15 through February 28, and will come in three awesome editions with different prices and a whole lot of merchandise.

Today, Limited Run Games, in collaboration with Ubisoft and Universal Games and Digital Platforms, announced Scott Pilgrim vs. The World: The Game – Complete Edition is getting three Limited Editions, which include a physical copy of the game, on PlayStation®4 or Nintendo Switch™ system, and exclusive game-inspired merchandise available this Fall. Pre-orders begin January 15, 2021 and end February 28, 2021. More information on a physical Xbox One version of the game will come at a later date.

There are three Limited Editions to choose from: 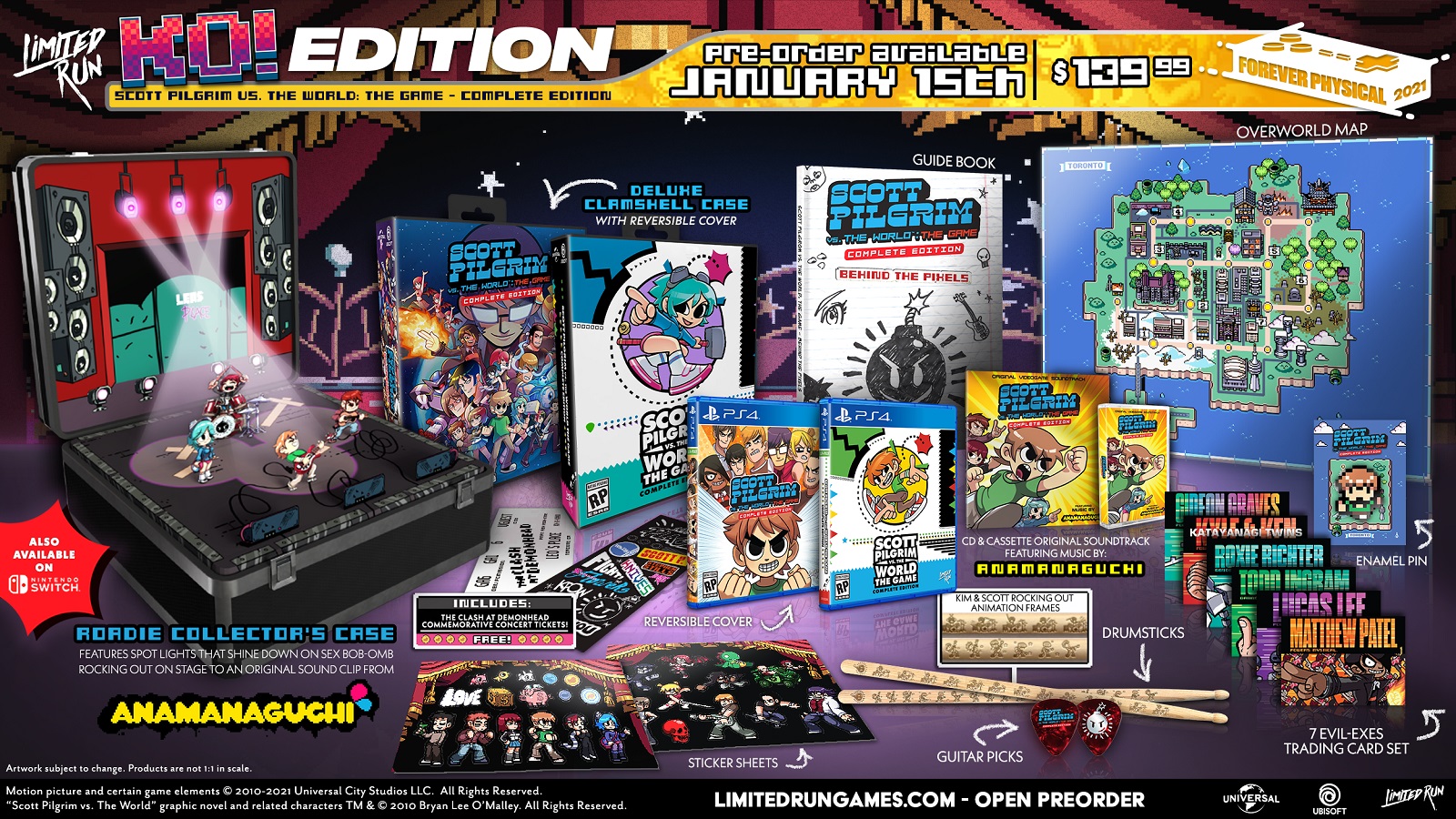 Additionally, Scott Pilgrim vs. The World: The Game – Complete Edition-inspired merchandise pre-orders will be going live the same day, created and sold by Limited Run Games: 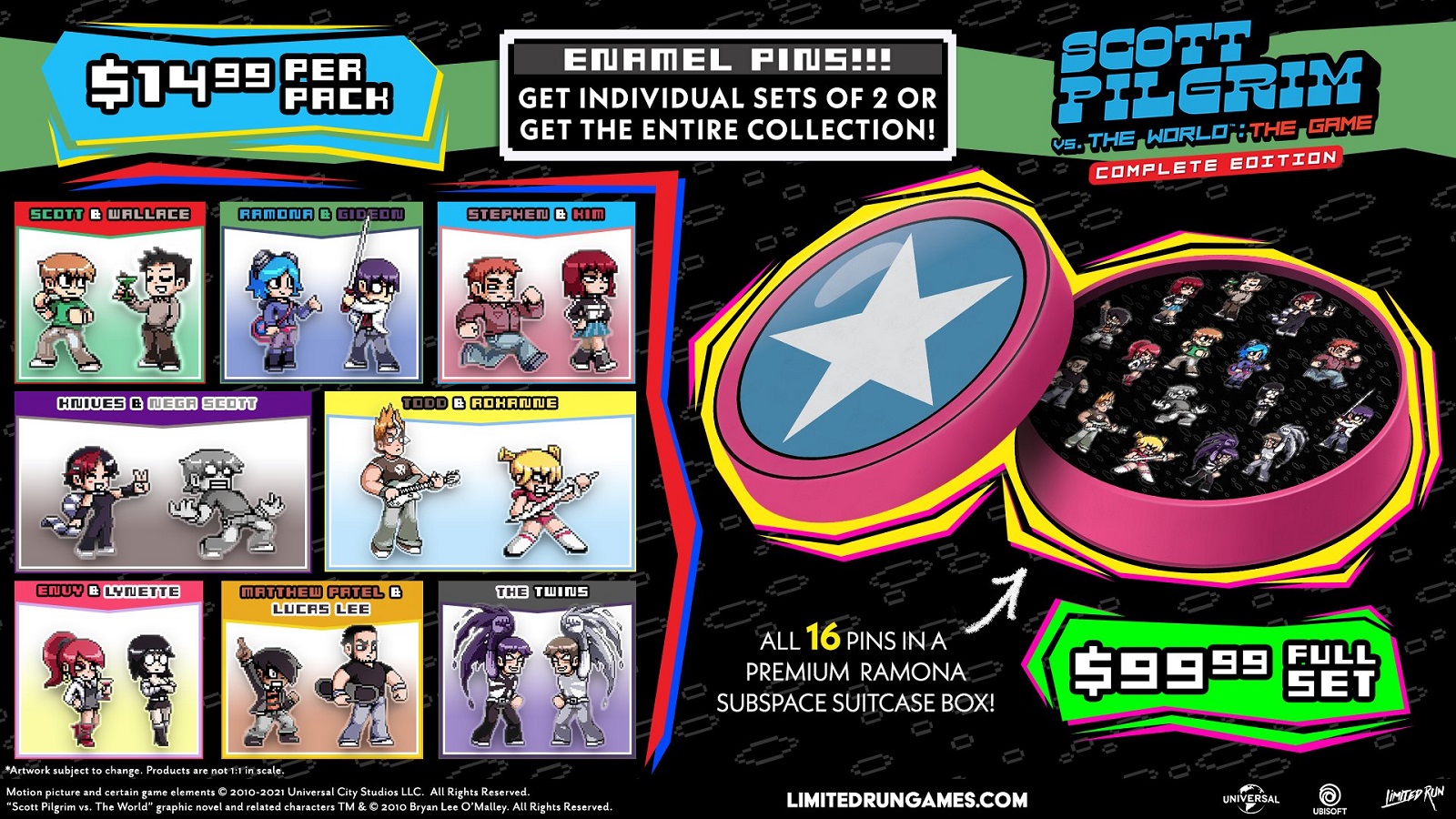 The 10th anniversary celebration of the Universal Pictures theatrical release continues with the digital launch of Scott Pilgrim vs. The World: The Game – Complete Edition on January 14, 2021 for $14.99 on PlayStation® 4, the Xbox One family of devices, Nintendo Switch™ system, Stadia, Amazon Luna, Windows PC and Ubisoft+, the Ubisoft subscription service.* The game will also be playable on Playstation® 5 and Xbox Series X / S through backward compatibility.

Scott Pilgrim vs. the World fans will also be able to experience the Universal Pictures film exclusively in Dolby Cinema in 2021.