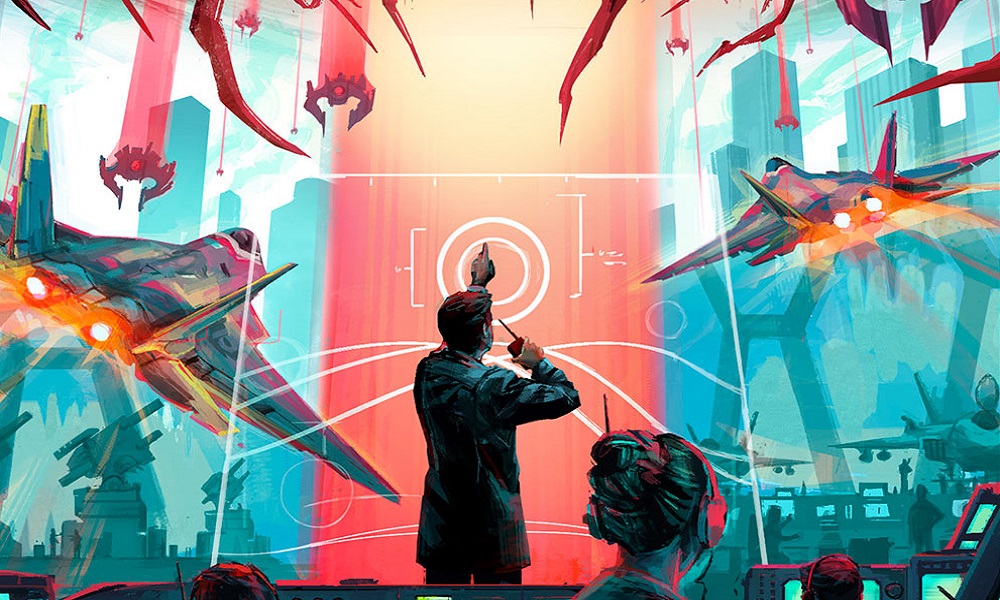 Today, Czech Games Edition announced that it will release the solo boardgame Under Falling Skies during Q3 of this year. The game tasks you to with destroying a mothership in order to save Earth before it’s too late.

As the mothership descends to complete her conquest of Earth, deadly dropships fill the skies. In your underground research bunker, you are Earth’s last hope.

Gameplay: Shoot down enemy dropships, expand your base, and research technology by rolling dice and assigning them to actions.

USP: Each action is linked to enemy dropships which move closer when you perform an action. Higher-numbered dice perform your more powerful actions, but they also cause the enemy dropships to descend faster. Look for plays that can advance your goal while simultaneously maneuvering dropships into positions where they can be destroyed.