Today, The Lightfoot Brothers announced that its comedic point-and-click adventure game The Mystery of Woolley Mountain will be released for PC and Nintendo Switch on April 10, with a PC demo available now on Steam. Gamers will come across a cast of eccentric characters as they explore a wonderful witty land.

The Mystery of Woolley Mountain is an otherworldly point-and-click adventure, which takes inspiration from the likes of Monkey Island, Day of the Tentacle and The Trap Door. Join a renegade crew of time travelling audio scientists as you embark on a fantastical quest to save a group of children from a malevolent witch who has taken them captive on the mysterious island of Woolley Mountain.

Lead developer James Lightfoot said: “Woolley Mountain encapsulates everything about us, everything that we embody and love – humour, art, adventure, music, cartoons, other worlds, camaraderie, puzzles and time travel.” 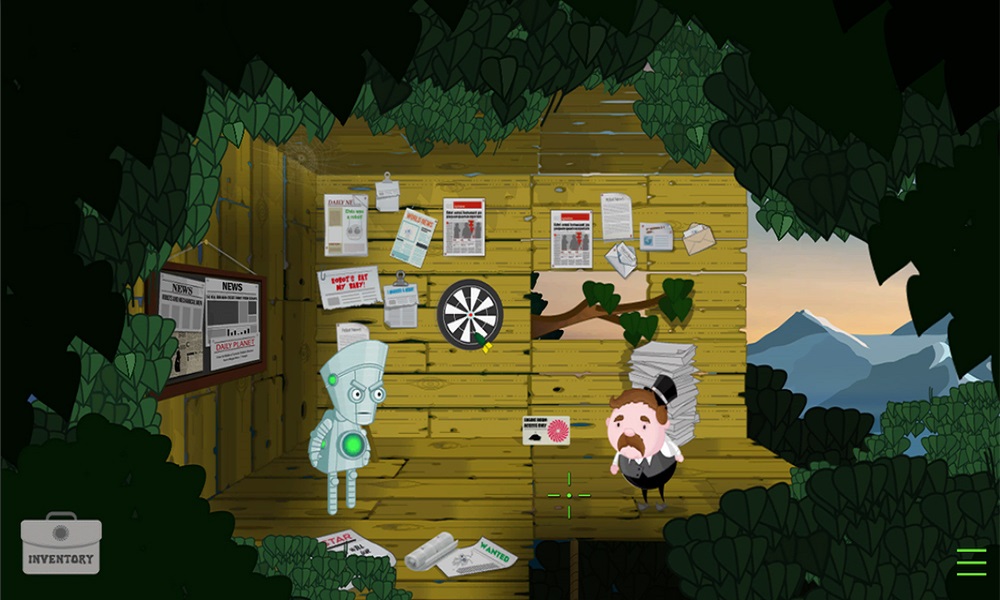 “We really hope we’ve created a world that you want to exist and play in over and over again.”

The demo gives players an exclusive taste of the strange beasts, evil witches, confused automatons and wacky ropemen that lurk within the eccentric point and click — which was endorsed by none other than legend of the genre Ron Gilbert himself, who pledged toward the game’s successful Kickstarter campaign.