Yesterday during the Indie World Showcase, Perfect World Entertainment and Echtra Games announced that it will release its upcoming action-RPG Torchlight III to the Nintendo Switch later this fall. This means that all current generation consoles and PC will receive the third numbered entry of Torchlight.

Perfect World Entertainment and Echtra Games are excited to announce that Torchlight III, the light-hearted and fast-paced dungeon crawler for casual and core ARPG fans, will officially launch this fall on Nintendo Switch, PlayStation®4, Xbox One and PC. Those who purchase the Nintendo Switch version, will also be granted an exclusive Red Fairy pet. The full release of Torchlight III will feature all of Torchlight’s signature gameplay mechanics, including satisfying hack and slash combat, epic loot drops and the beloved pet system that captured the hearts of ARPG fans. This grand adventure will also introduce new features, including three epic acts, fully customizable forts, unique Relic subclasses and a challenging new end game experience that will keep players coming back for more well after the campaign has been completed.

“To bring Torchlight III to the Nintendo Switch has been a top ask from our fans, and we’re thrilled to fulfill this wish,” said Max Schaefer, CEO of Echtra Games and co-founder of the Torchlight franchise. “With Torchlight III being one of the most accessible games in the ARPG genre and an excellent entry point into the Torchlight universe, Torchlight III will be a fun pick-up-and-play adventure on this platform.” 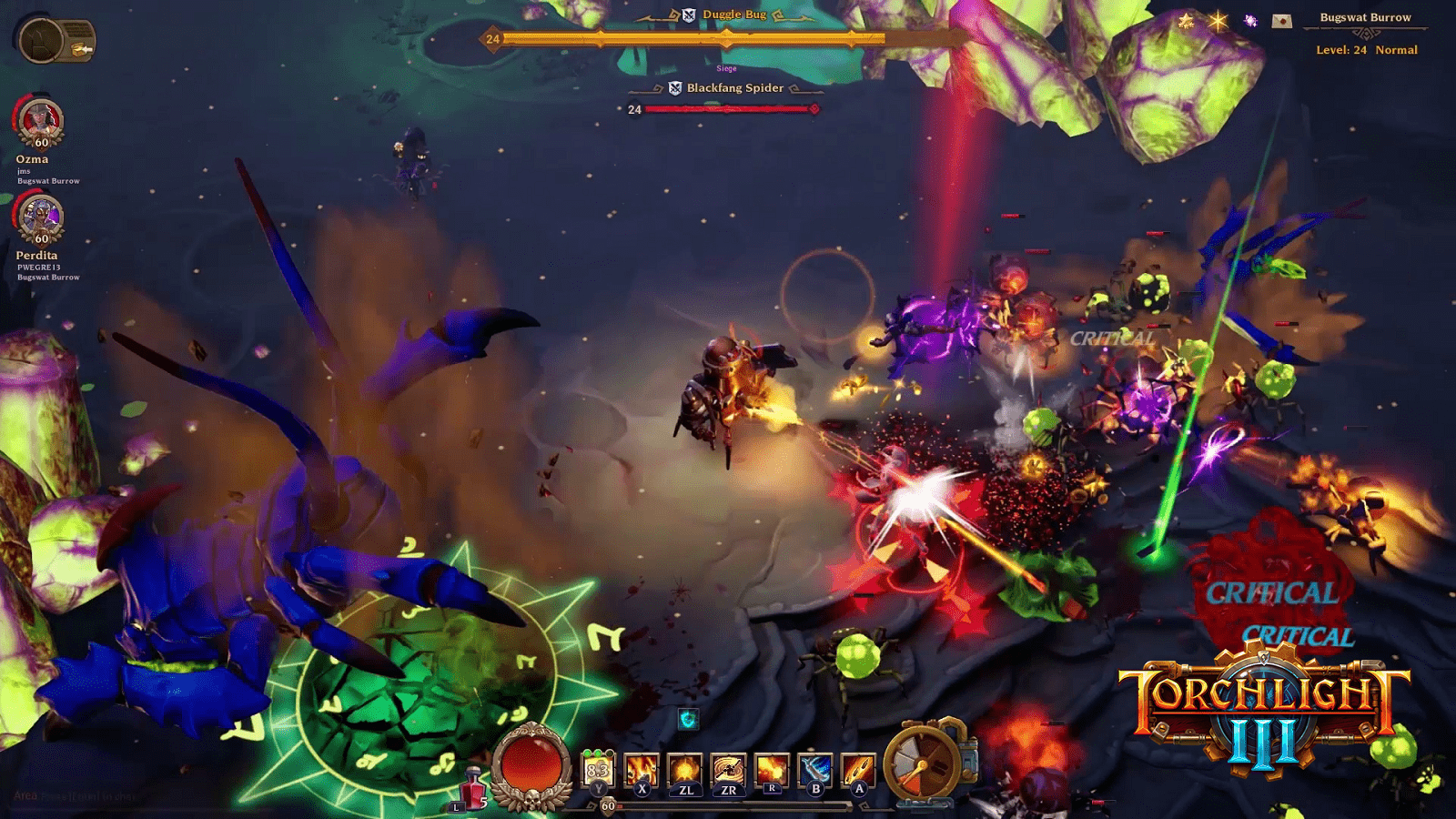 In Torchlight III, it’s been a century since the events of Torchlight II, where the great heroes of old defeated The Dark Alchemist and sealed the Netherlord’s heart inside the Clockwork Core. The heroes brought peace to the world of Novastraia, but now the Ember Empire finds itself on the brink of collapse as it’s under threat of invasion against the Netherim and its allies. To save Novastraia, Torchlight III players will need to gather their wits and brave the frontier in search of fame, glory, and new adventures to become the legends the world needs them to be.

Below is a detailed list of features for the full release of Torchlight III: