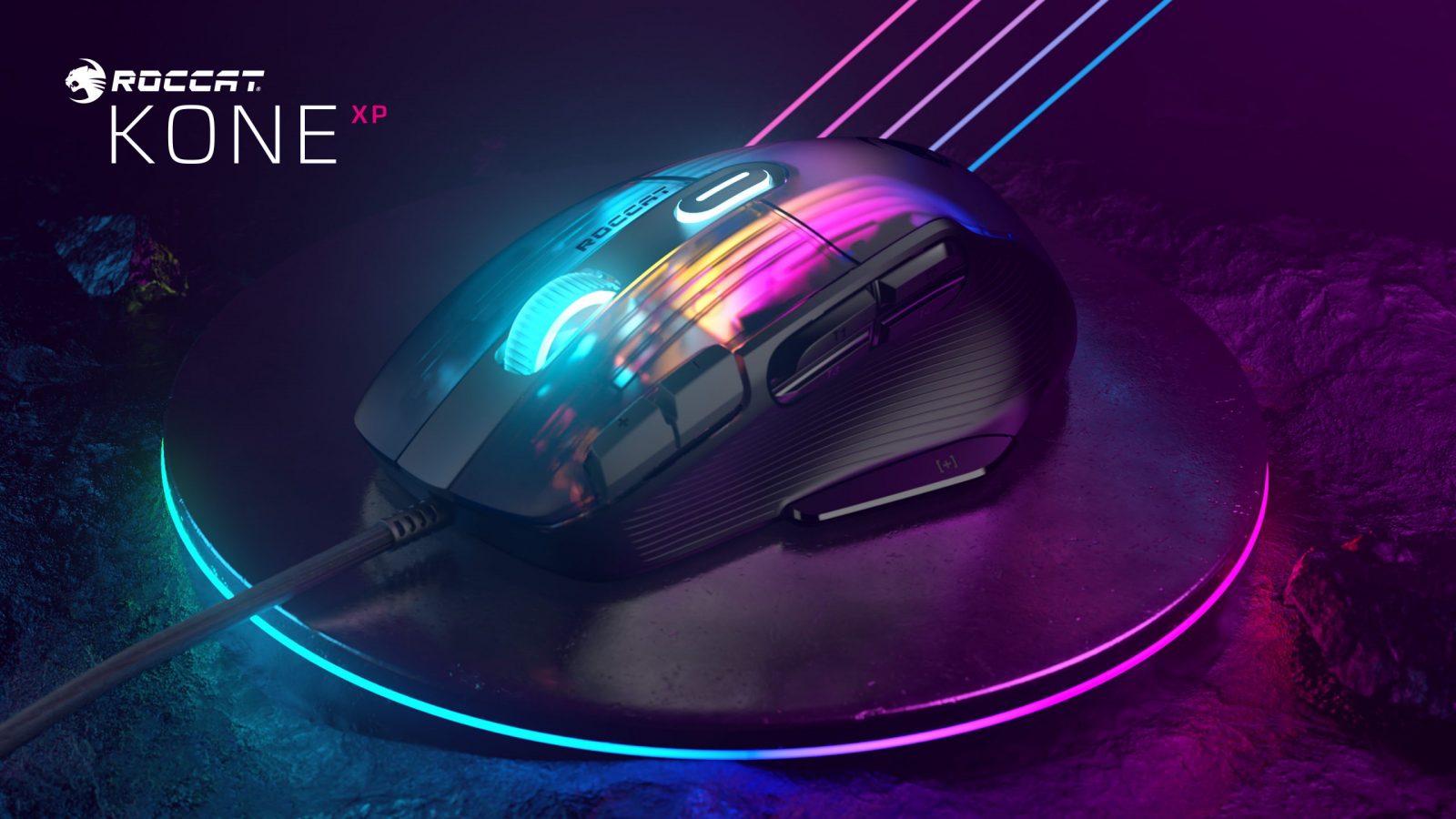 White Plains, NY – February 23, 2022 – ROCCAT, Turtle Beach’s (Nasdaq: HEAR) award-winning PC gaming peripheral brand, today proudly debuted the all-new Kone XP PC gaming mouse. ROCCAT’s first-ever product, the original Kone, launched in 2007 and became a best-selling PC gaming mouse thanks to its superior ergonomics. The new Kone XP is the culmination of 15 years of research and development to produce an industry-leading multi-purpose gaming mouse. The Kone XP improves upon its predecessors in every way, with meticulously perfected ergonomics and groundbreaking 3D RGB lighting, plus ROCCAT’s Owl-Eye 19K DPI optical sensor, and ridiculously fast Titan Optical Switches. With 15 buttons and 29 assignable functions, ROCCAT’s Kone XP is one of the most customizable and configurable PC gaming mice available, and fans can pre-order today for a MSRP of $89.99 at www.roccat.com and participating retailers worldwide. Kone XP launches on March 29, 2022.

“We designed Kone XP to be the perfect-sized mouse with stunning 3D RGB lighting, a multitude of customizable buttons, and our latest tech so PC gamers can win any PC game with style and confidence,” said René Korte, ROCCAT Founder and General Manager for PC Peripherals at Turtle Beach. “We spend an obscene amount of time obsessing over the size and shape of our Kone mice. Kone XP is the spiritual successor to the Kone AIMO Remastered which was one of the best-selling mice in Germany in 2021. Its ergonomics and multi-button layout make it a great choice for any game, but the Kone XP’s comfort and customization options make it a great hybrid mouse perfect for your work or home office, getting schoolwork done, content creation, and more.”

Fans of the Kone AIMO Remastered, along with PC gamers who play a variety of games across different genres, will love the Kone XP’s multi-button design combined with the refined ergonomics, reduced weight, and overall comfort of ROCCAT’s iconic Kone shape. ROCCAT is also once again redefining RGB lighting with the Kone XP’s impressive 22 LED lights and transparent shell, and through the revolutionary 4K Krystal Wheel that diffuses the RGB lighting though its smoky transparent design to create a 3D lighting effect. The 4D Krystal Wheel also adds left and right lateral inputs to the standard vertical click and scroll functionality, all delivered with ROCCAT’s signature tactile feel. 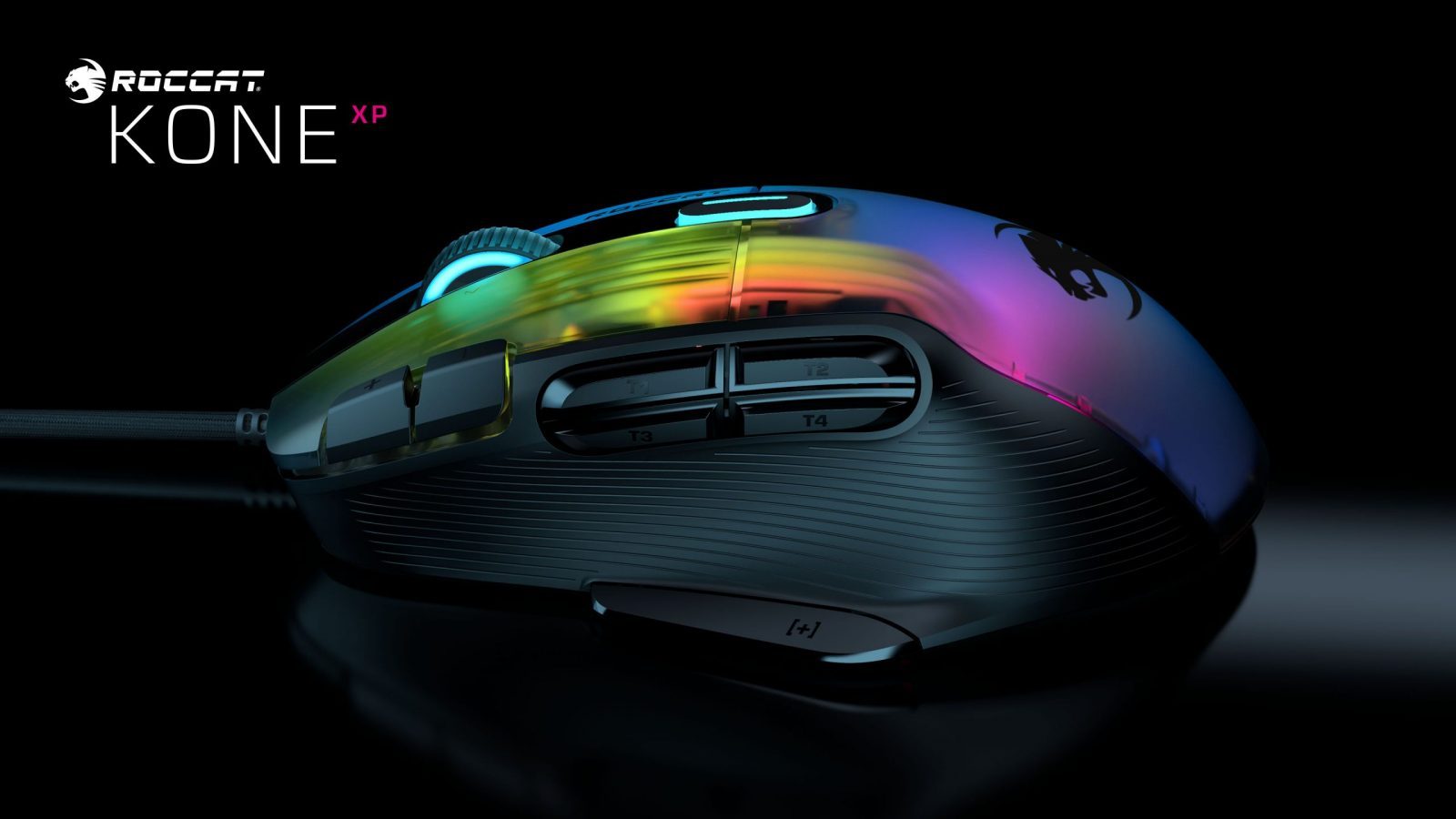 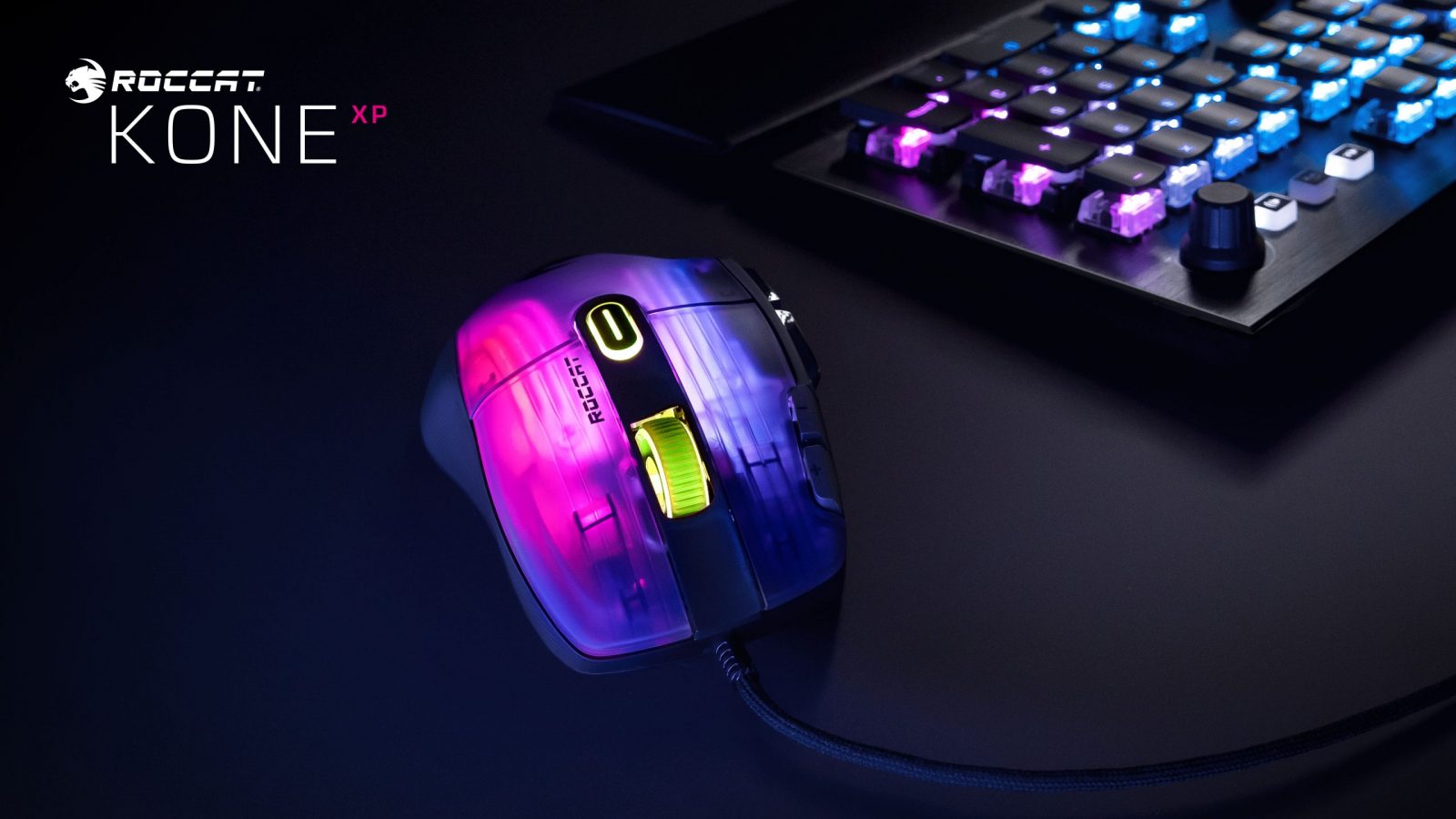 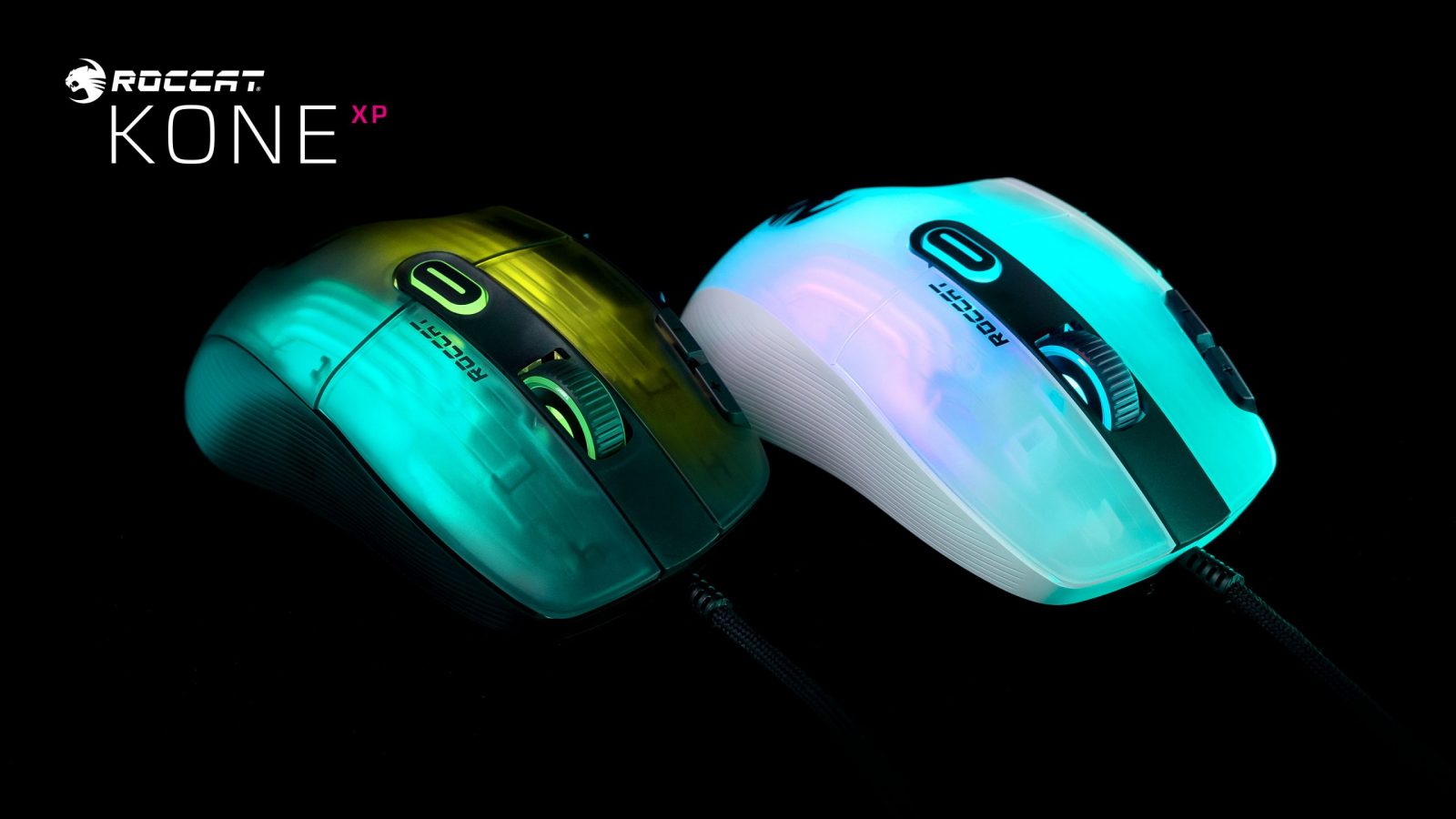 The Kone XP has more buttons than any other mouse in this price range. It features 15 buttons, and thanks to ROCCAT’s Easy-Shift[+]™ technology there are 29 possible button functions – ideal for strategy games and MMOs like the just launched Lost Ark and imminent release of Elden Ring. The left and right click buttons activate the Kone XP’s Titan Optical Switches providing a responsive click, with ridiculously fast actuation for unprecedented speed and precision. ROCCAT’s Titan Optical Switch is faster than any mechanical switch and has twice the durability, clocking-in at a blistering 0.2ms actuation speed for up to 70 million clicks while offering adjustable debounce timing which is key for drag-clicking. With the Kone XP PC gamers can expect nothing but crisp, responsive execution with zero mis-clicks.

At the heart of the Kone XP PC gamers will find ROCCAT’s Owl-Eye 19K DPI optical sensor (based on PAW3370 from PixArt). The Owl-Eye sensor tracks any mouse movement with high-precision for extreme in-game accuracy and is customizable via ROCCAT’s Swarm software suite.

The Kone XP’s translucent shell sets the stage to showcase ROCCAT’s AIMO lighting engine and ecosystem, synchronizing with other AIMO-enabled ROCCAT products such as the Magma membrane keyboard or the award-winning Vulcans. AIMO produces vibrant lighting displays in 16.8 million colours right out of the box, without the need for extensive configuration.