Developer Hopoo Games made a surprise announcement at PAX West today, revealing that Risk of Rain 2 is available now for PS4, Xbox One, and Nintendo Switch. Despite still being in Early Access on Steam, the multiplayer roguelike is already a runaway success.

Risk of Rain 2 puts players in the shoes of one of a growing cast of characters (called survivors) to battle against an ever-changing horde of enemies and get their hands on that all-important loot. It’s the follow-up to the 2D roguelike Risk of Rain, but the sequel made a daring leap to 3D, which seems to be paying off. 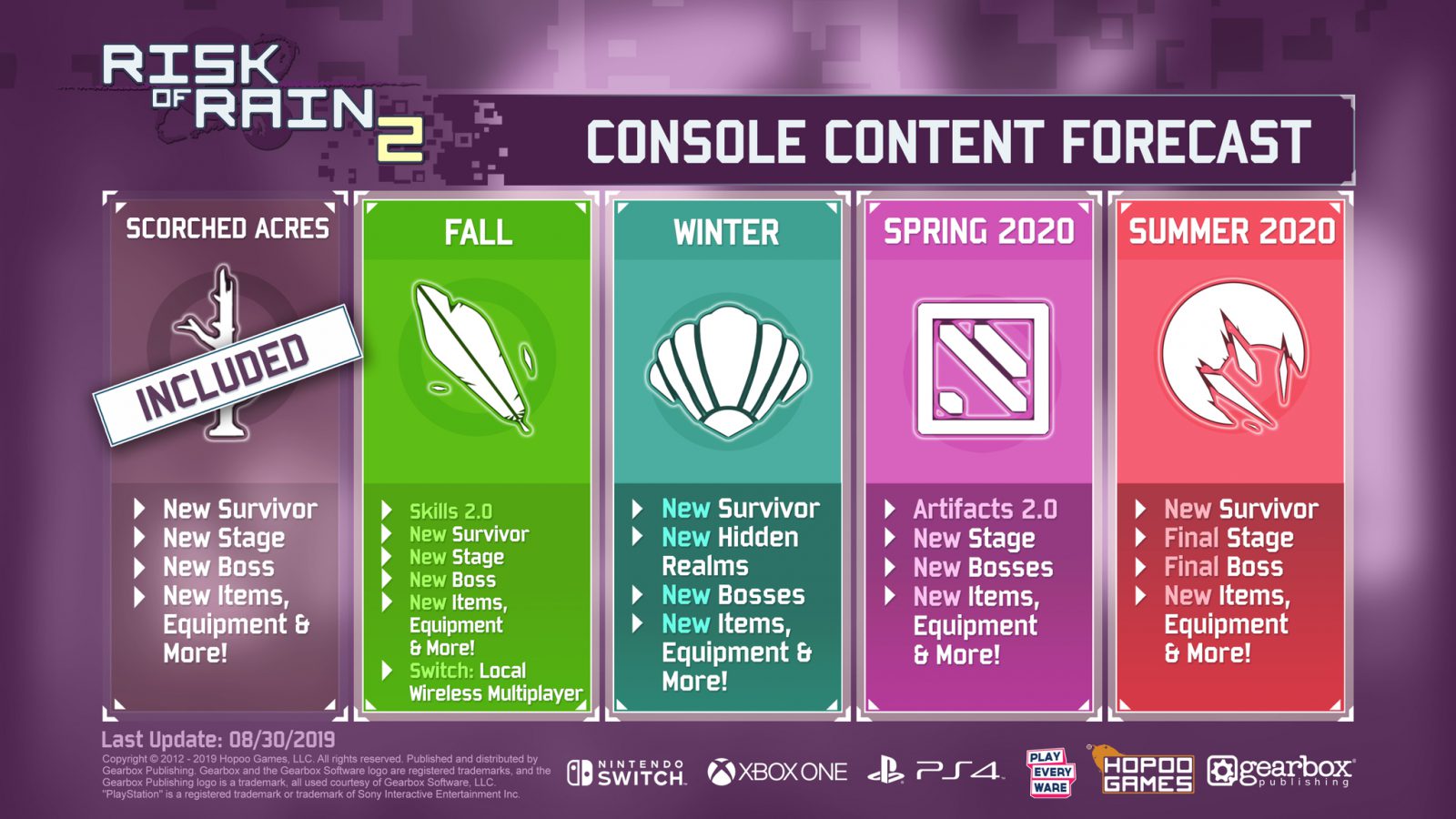 All consoles versions of Risk of Rain 2 will include the most recent Scorched Acres update, which added a new stage, survivor, and boss on top of lots of new items. According to the developer, the consoles versions will all keep pace with the PC version of the game. Planned updates are scheduled for September and later this winter, with two more to come in spring and summer of next year. The updates will continue to add stages, bosses, items, and survivors, as well as improving existing systems like skills.

All three console versions of Risk of Rain 2 are available for $29.99, $10 more than their PC counterpart.