While we might be celebrating Mario’s 35th anniversary this year, Capcom wants to celebrate another classic title next year! The company announced that it will release Ghost ‘n Goblins Resurrection on February 25 for Nintendo Switch, which will act as a celebration of the crushingly hard franchise. In addition, it will release Capcom Arcade Stadium, which will feature over 30 classic games that players can buy in volumes.

Today at The Game Awards 2020, Capcom announced Ghosts ‘n Goblins Resurrection and Capcom Arcade Stadium, two new titles for the Nintendo Switch™ system that pay homage to some of Capcom’s most revered arcade classics. Providing a modern take on a beloved franchise, Ghosts ‘n Goblins Resurrection will bring a haunting new adventure to life starting February 25, 2021, when it releases digitally across North America and Europe on Nintendo Switch for MSRP $29.99. For old-school fans and arcade novices alike, Capcom Arcade Stadium will usher 32 classic Capcom titles out of arcade machines and onto Nintendo Switch™ when it releases digitally in February 2021. More information on Capcom Arcade Stadium will be announced at a later date.

The legendary platforming series rises again, as Ghosts ‘n Goblins Resurrection marks the heroic return of the series, which debuted over 35 years ago. Paying homage to Ghosts ‘n Goblins and Ghouls ‘n Ghosts, the latest entry combines the franchise’s action platforming gameplay with storybook-like graphics and challenging new obstacles. The new entry will once again follow the valiant knight Arthur as he runs, jumps and battles his way through eerie stages set in the Demon Realm, a demonic fantasy world. Arthur must overcome countless ghoulish foes on his quest to rescue the princess from the treacherous grasp of the Demon Lord. Brave knights will need to proceed with extreme caution as terrifying dangers await, including familiar enemies like Zombie, Skeleton Murderer, Pigman and Red Arremer.

Whether a longtime Ghosts ‘n Goblins fan or a newcomer, Ghosts ‘n Goblins Resurrection players can decide how perilous Arthur’s journey will be by selecting one of three different difficulties: Squire, Knight and Legend. New to Ghosts ‘n Goblins Resurrection is the Page mode, which allows untested apprentices to respawn on the spot with unlimited lives. To progress through the Demon Realm, Arthur must utilize everything at his disposal, from tried-and-true weapons like the Lance and Dagger to all-new additions like the Hammer and Spiked Ball. Arthur’s updated arsenal also includes various types of skills and magic, allowing players to bring game-changing spells like Firewall and Thunderstorm into combat. Arthur will need to master each of the weapon types and magic abilities to overcome his battle against evil and restore peace to the land. 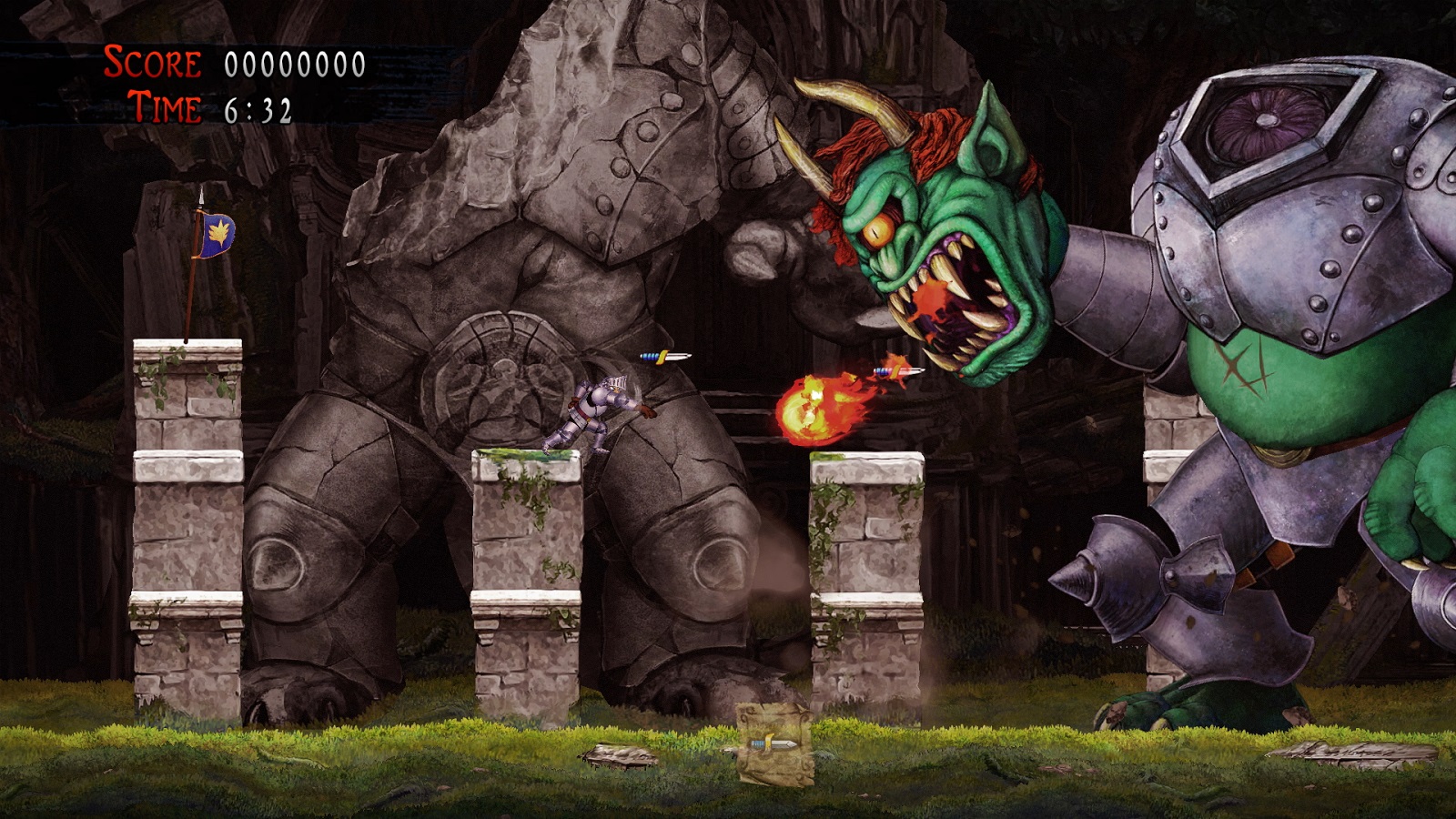 Capcom Arcade Stadium will allow players to bring home the electrifying thrill of an arcade with 32 action-packed classics, which includes a free download of 1943 – The Battle of Midway – and the original Ghosts ‘n Goblins as a stand-alone add-on. Retro fans can then choose to purchase up to three different arcade packs that highlight a different era of Capcom arcade goodness, from ‘80s classics like BIONIC COMMANDO and STRIDER to ‘90s favorites like SUPER STREET FIGHTER II TURBO. Players can also purchase the all-in pack containing all three packs of 10 games in addition to the Ghosts ‘n Goblins stand-alone add-on for maximum retro nostalgia. This must-have collection will include (up to four-player) local multiplayer for the games that support it. Additionally, each title comes with a variety of options that can be adjusted such as Game Speed, Difficulty Level, Display Settings, Display Filters and various frames including a variety of 3D-rendered arcade cabinets. Each game also comes with a Rewind feature, allowing players to jump back in time to save themselves (or a friend) from any unforeseen dangers. 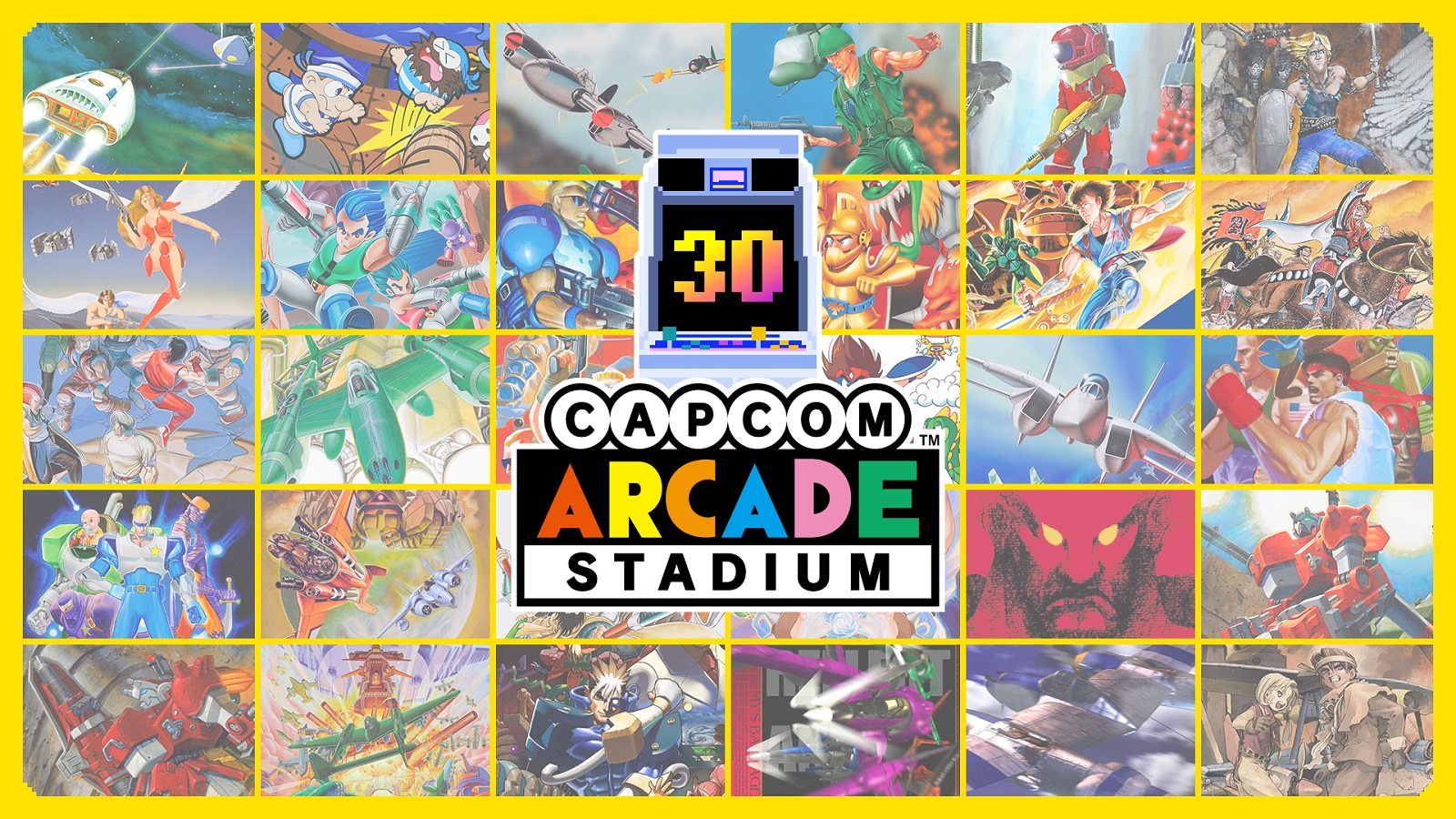 Check out the trailer for Ghosts ‘n Goblins Resurrection above, and stay tuned for more news here on Gaming Trend.