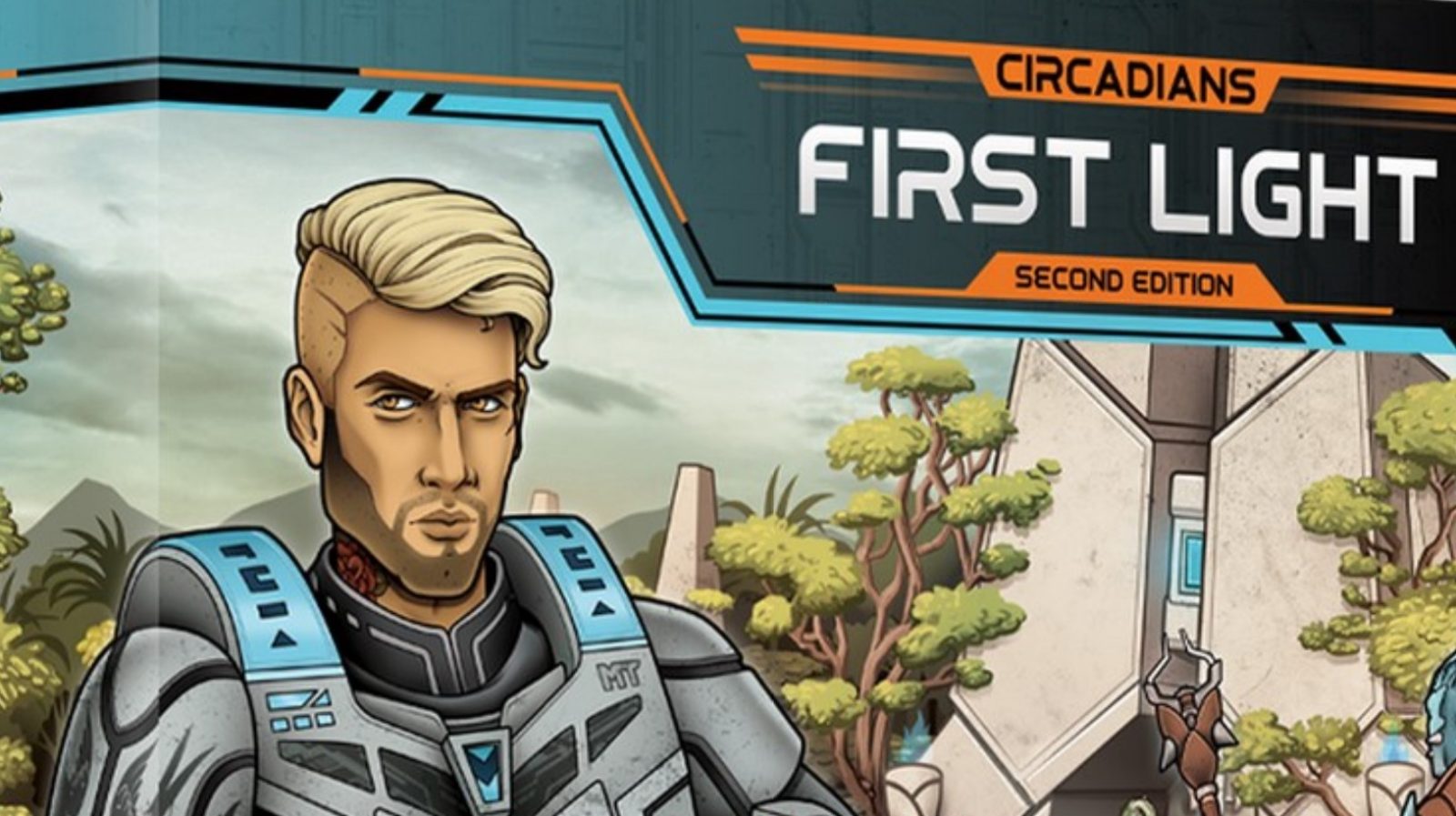 Renegade Game Studios just announced three new games, Circadians: First Light Second Edition, Circadians: Chaos Order, and Birdwatcher,  along with a new expansion for The Hunger, called The Hunger: High Stakes. You can read more about each release below:

We were light years from our home, galaxies away, when we first discovered this ancient celestial body. A planet filled with intriguing intelligent lifeforms, not too unlike our own. Some built kingdoms below the surface of the green seas, while others controlled the desert-filled plains and cliffs.

Among them we found scientists, inventors, farmers, traders, and fighters. While our presence has been unsettling for some, we have had very few incidents with the locals. Still, we Circadians, Earth’s famed explorers, must do what we can to ensure peace. We must respect this world and its hosts. The heads of Moontide passed down orders from above. We are to open negotiations with the three clans, in hopes of gaining their favor, along with our own security while on the planet. We must also collect organic samples for the depository on Moontide.

This is new ground for all of us. But we must be brave and resourceful. The future of the Circadians depends on it. 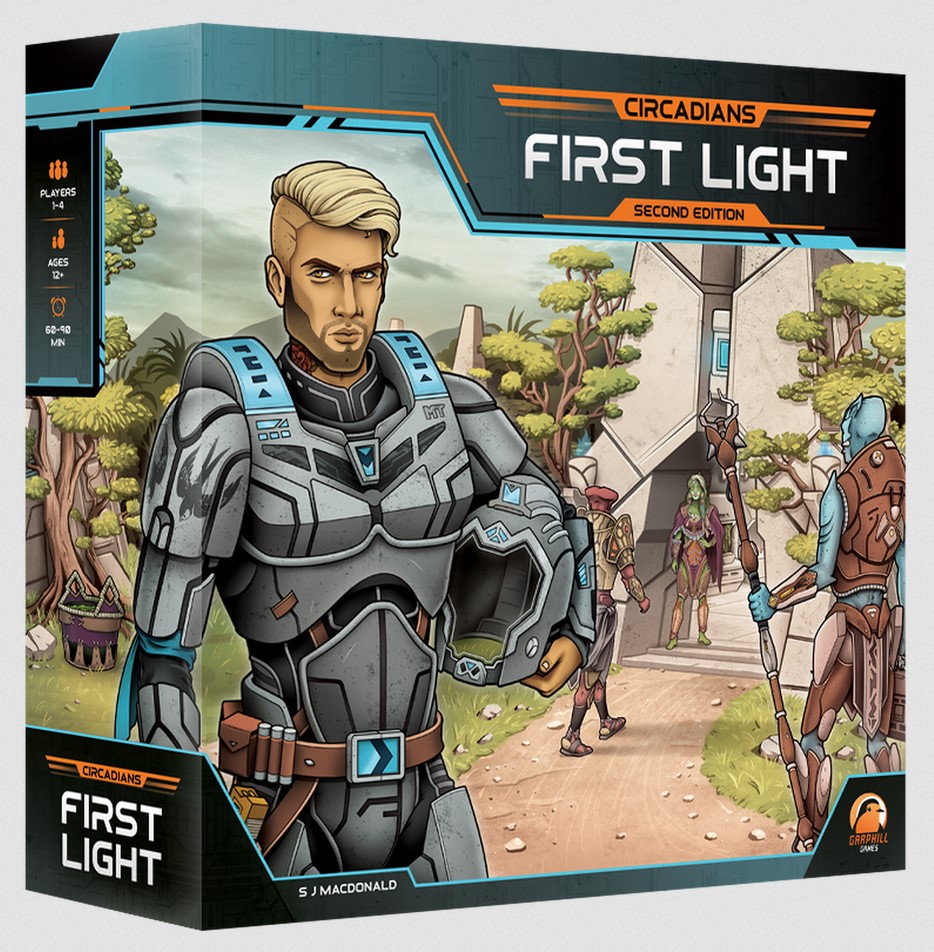 Circadians: First Light Second Edition featured the same great gameplay with updated art, iconography and various components when compared to the original edition. Players will need to manage their crew (dice) as they visit various parts of the planet for trade, farming, construction and research. Players will need to negotiate with the locals, explore the planet, and upgrade their research bases. The Second Edition includes new Leader cards, plus the Allies expansion, and two gameplay variants. 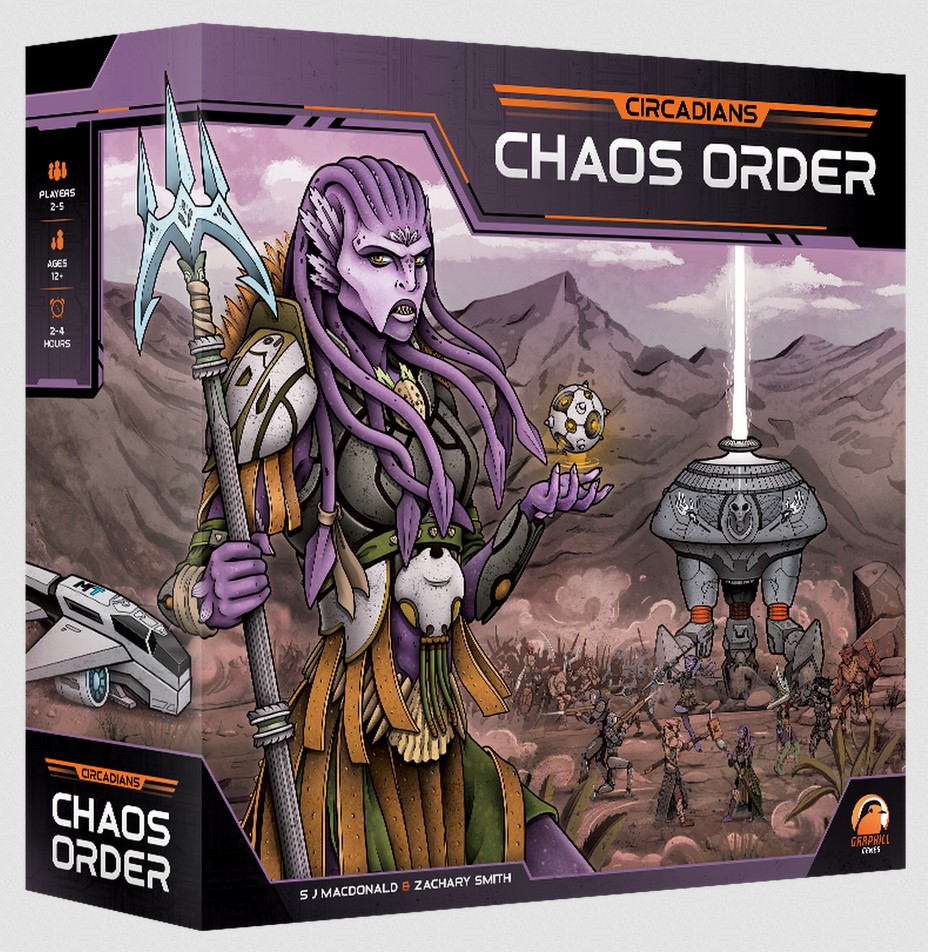 Circadians: Chaos Order is a new game set in the same vibrant world as Circadians: First Light. Chaos order is a competitive, confrontational area control game with highly asymmetric Factions. Each Faction has unique Leaders and Attributes, Buildings, and their own personal win condition. This is in addition to the global win condition of controlling all remaining Relics on the Map. Over the course of up to 6 Rounds, players will be researching, constructing Buildings, and harvesting resources. They will also be recruiting and moving Units, all in an effort to capture the ancient Relics, control Regions vital to their strategy, and gain enough Fame to be crowned the winner of Chaos Order.

6 asymmetric Factions, each with their own Leaders, Attributes and win conditions.
Multifaceted combat system that provides players with agency
Strategic Euro-mechanisms at its core with a tight, interactive resource management system.
Replayability due to the variable setup, 6 unique factions, and a high level of interaction between players.
The function-first insert and 6 Faction Tuck Boxes make for an easy setup and teardown.

Both games are expected to release in Q3! 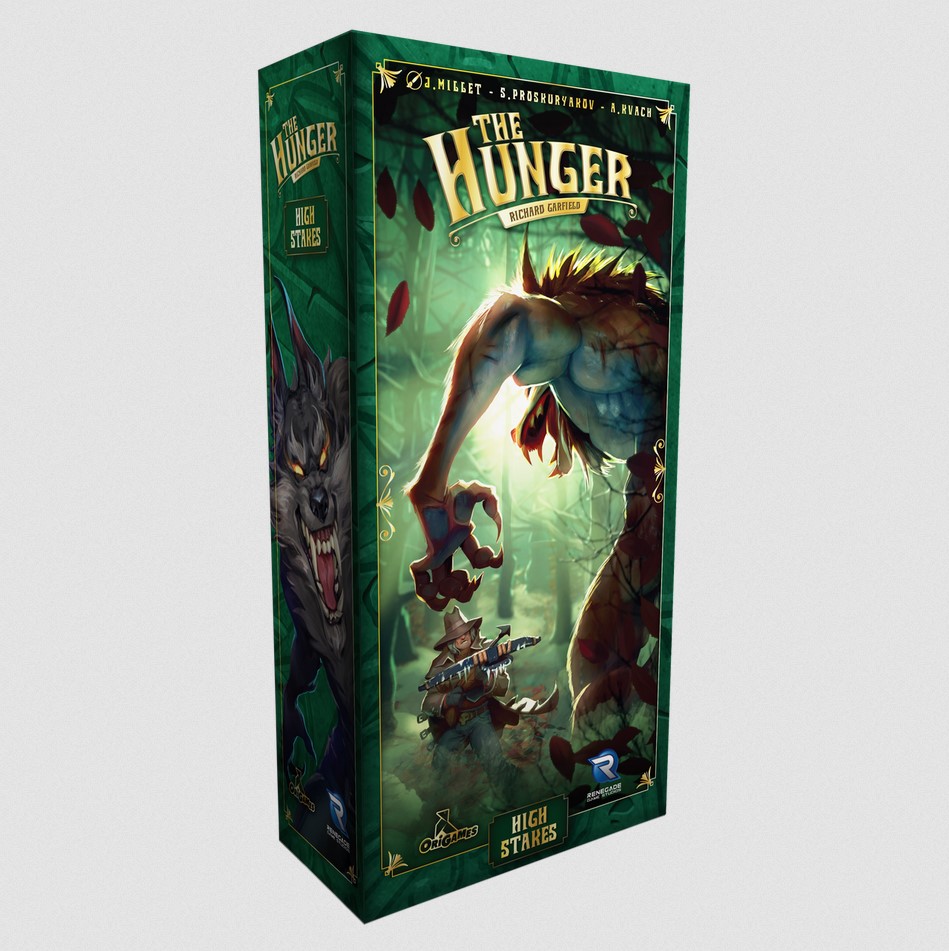 The stakes have been raised!

The Hunger: High Stakes expansion features exciting new twists for hungry vampires. The Event Deck creates random starting options. Vampires can now Attack allowing them to defeat new Threats like Vampire Hunters and Werewolves. And of course you can improve your Hunting abilities and attack other vampires!

New Threats bring new strategies and excitement to the game.
Events create unique hunt nights and spawn the threats.
Powers that fight new dangers like Vampire Hunters and Werewolves, and even other Vampires.
High Stakes is an expansion for The Hunger. Base game required. 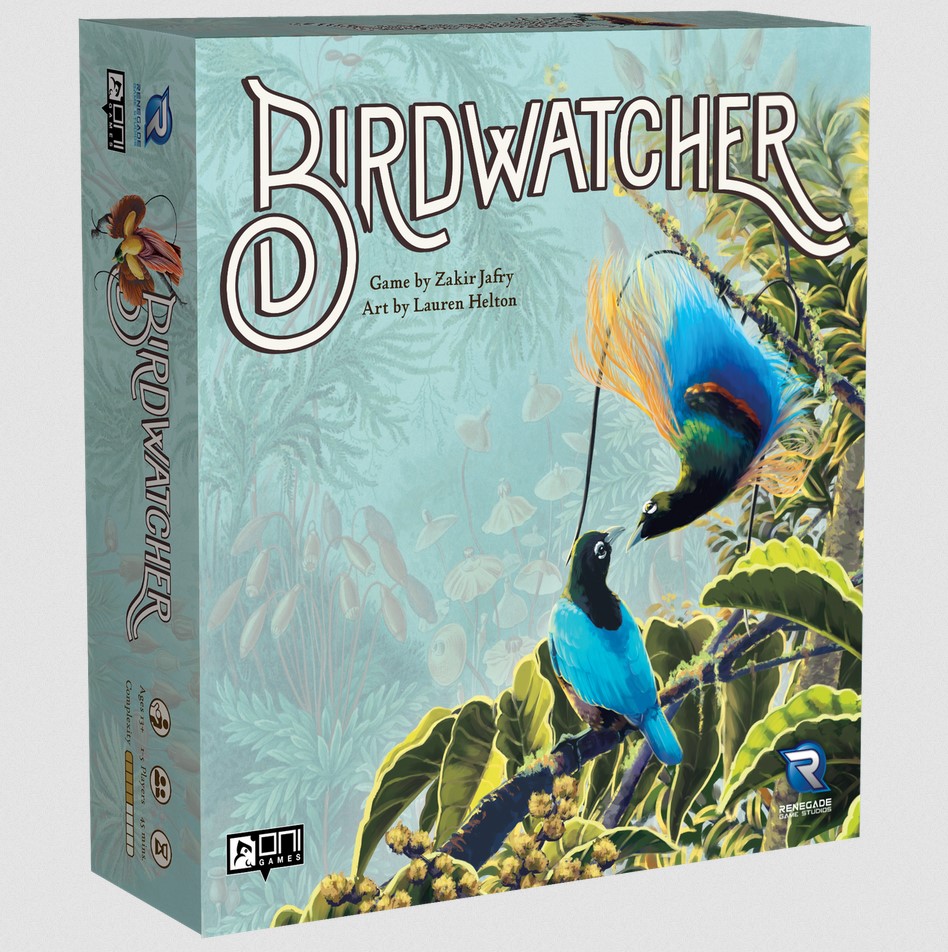 In collaboration with our friends at Oni Games, Birdwatcher is a competitive game of studying and photographing birds, with beautiful art by biologist and illlustrator Lauren Helton.

In this fast, competitive game players are rival wildlife photographers on a hunt to snap photos of the elusive and illustrious birds-of-paradise.

Players lure birds to their tree from the jungle, take photos of the birds in their tree, and publish their findings. The photographer with the most citation points at the end of the game is awarded Nature Photographer of the Year and is the winner!

Beautiful bird cards illustrated by Lauren Helton, a biologist and scientific illustrator!
Build your own tableau of bird photographs and publications!
Play solo or against friends