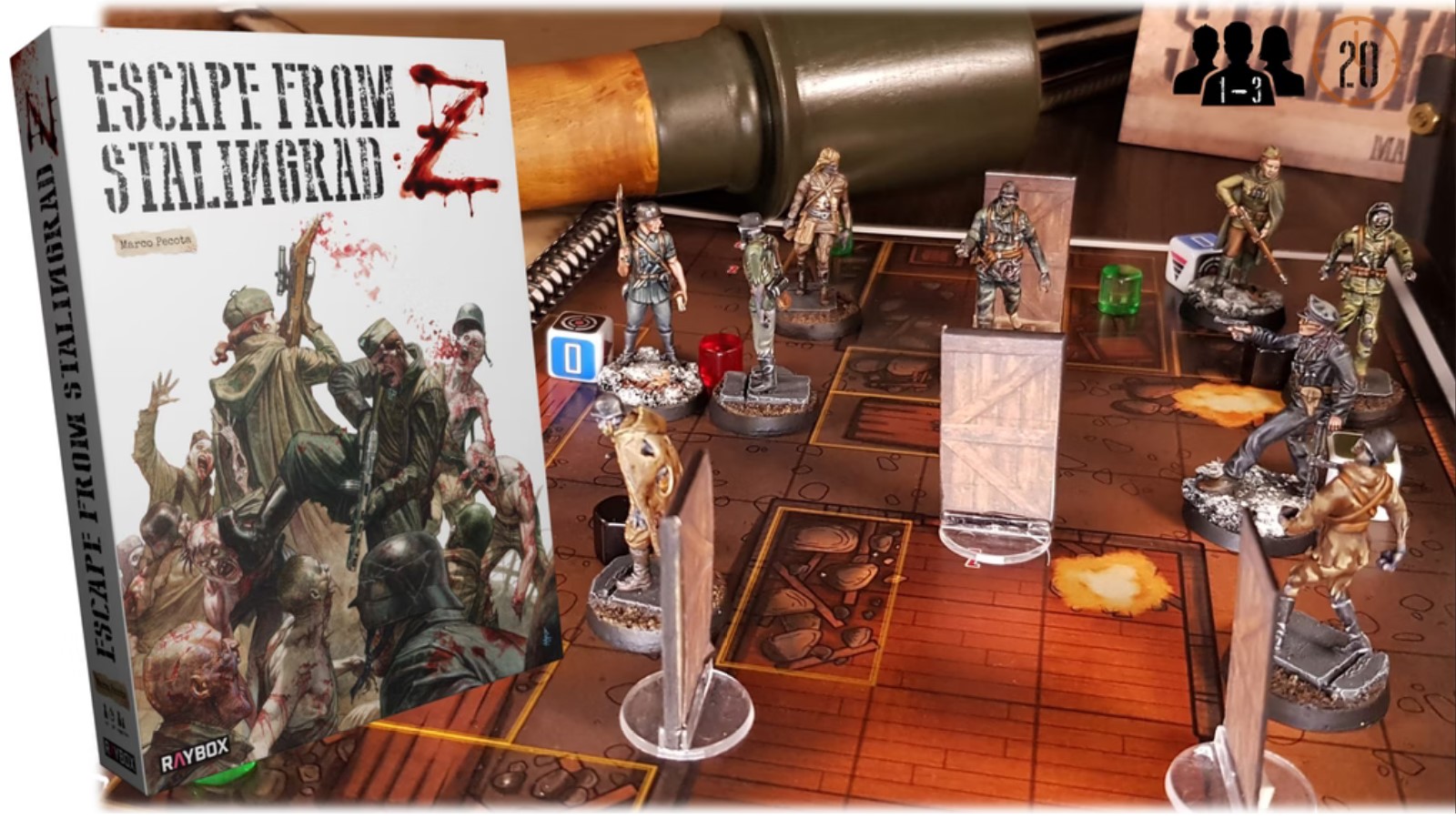 RAYBOX Games will launch their kickstarter for their upcoming game Escape from Stalingrad Z on April 11th, 2022. The game is a zombie based World War II narrative played out with miniatures over the pages of a detailed scenario book. Read below for more info:

Creator Marco Pecota announced that “This is the first game in the OPERATION Z Series. EFSZ  combines the best of many other game mechanics into a single product; a new miniature gaming  experience.”

The Kickstarter will feature 3 main pledge levels: the BOOK Set, BOX Set and DELUXE Set, starting  at just $29.95 USD. Miniatures will be available separately as well as combined into the DELUXE  Set.

The year is 1942 and the city is Stalingrad. Your survivors are veteran soldiers fighting to stave off  the zombie hordes in a war-torn wasteland while finding a way to escape from the decimated city.  They must work together to find the best path, each scenario giving them options on which way to  go next.

The game plays out over a series of linked scenarios that form a campaign in the 100 page scenario  book which is coil bound and lies flat on your table as a physical play surface. Each previous  scenario in the Campaign will affect the start of the next, creating an ongoing story. Your choices  and tactical skills will be tested along with the ingenuity of your survivors. Low ammunition,  wounds, lack of food and the bitter cold are your enemies as much as the zombies.