Japanese developer Granzella has recently released new details for its upcoming Kickstarter campaign for R-Type Final 2, which will begin on June 3. The game is planned to be released on PlayStation 4, Xbox One, Nintendo Switch, and PC and is a return to form in regards to the popular shoot-em-up R-Type series. 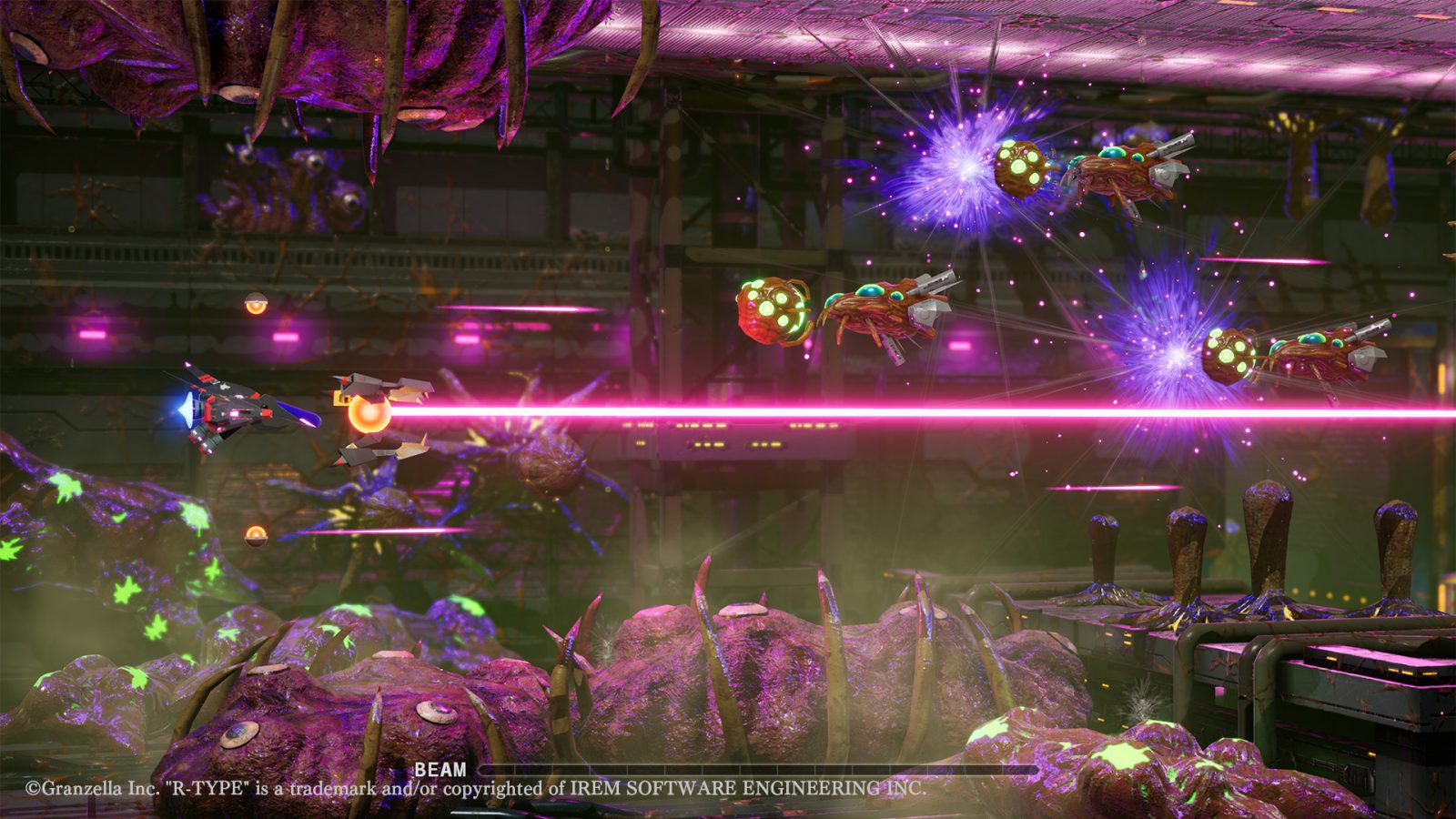 There are some variations of player fighters which can be selected by the player. Depending on which fighter the player chooses, the equipped Wave Cannon (which charges energy by keeping the shooting button pressed and fires powerful beam) and Force (an unmanned unit that protects against the enemy’s bullets in cooperation with the player fighter and fires powerful laser beams) which are available to the player will vary. Also, the player can increase the choice of fighters by meeting certain conditions. In addition, the “Real-time Level Function” automatically adjusts the difficulty level according to players’ skill and ability in shooter games. The difficulty level is displayed on the screen so that the players can check their scores in real-time. The higher the difficulty level, the more scores the player gets. Players who are not familiar with R-TYPE games can set a cap on the difficulty level to avoid gameplays that are too difficult and play according to their level.

The stages that appeared in the earlier work will come back with new expressions and interpretations.

It is our mission to make R-TYPE FINAL 2 unforgettable for those who have played, and what is more, we would like to create an R-TYPE that is better than any other R-TYPE titles.