I remember playing the remake for MediEvil on PlayStation 4, and ever since I’ve been jonesing for some more Halloween adventuring. While we’ve gotten more of that from Pumpkin Jack when it released last year, the title was hilariously absent on PlayStation 4, where it would arguably be best received due to the large following Sir Daniel Fortesque has in his escapades. Well, you don’t have to hold out much longer, because Pumpkin Jack is finally arriving on PlayStation 4 on February 24th.

February 10, Cologne – Headup is thrilled to announce the PS4 release date of the comically creepy 3D platformer from solo-developer Nicolas Meyssonnier, Pumpkin Jack. It will make its way to PS4 on February 24, and will please both fans of all-time classics like MediEvil and Jak & Daxter as well as everybody who’s looking for an eerie and diversified game to play.

Enjoy engaging in an epic battle of evil against good as you jump, dodge, and carve your way through challenging enemies and daunting puzzles. Speed on roller-coaster-like rails in cartoony mine karts, escape dangerous situations like a giant burning barn and use your trusty owl companion for distance attacks – this won’t get boring until the end screen appears!

Pumpkin Jack also shines by the use of Unreal Engine 4 which grants for gorgeously foggy and gruesomely colorful landscapes. In case you don’t know Pumpkin Jack, don’t miss the new PS4 Trailer! 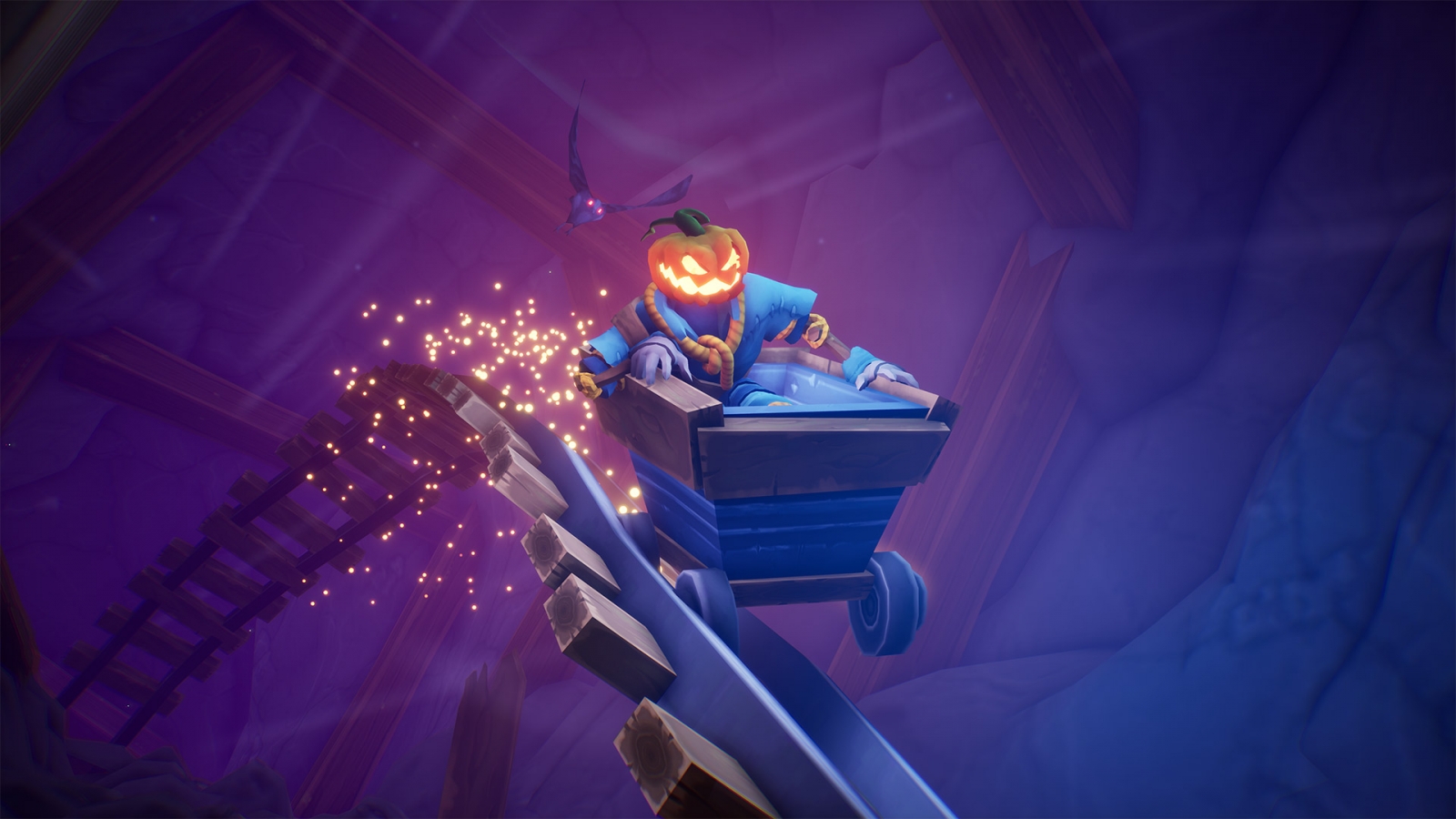 Pumpkin Jack is a spooky scary 3D platformer in which you embody Jack, the Mythical Pumpkin Lord. Dive into an epic adventure through otherworldly landscapes and help the Evil annihilate the Good!
​
Follow the will of the Devil himself and slay your nemesis in an epic quest that will take you on a journey in the Boredom Kingdom, a mythical realm shattered by the curse. You will meet friends along the way, from a haughty owl to a snarky crow!

Discover stunning atmospheres in a colorful yet spooky scary Kingdom. Travel through epic and dramatic settings, with each level having its own eerie atmosphere. Using a vibrant palette and high-quality lighting effects, Pumpkin Jack invents its own unique cartoon universe inspired by the classic PS2 graphic style, made with Unreal Engine 4.

Pumpkin Jack is a classic 3D Platformer before anything else! Every level will challenge you through several themed platforms, all giving you new trials to complete. You will have to master the arts of dodging, timing, and movement to vanquish Jack’s foes. During the dynamic real time battles, choose which weapon you want to use and strike at the critical moment!

Solve puzzles that focus on physics, gravity and reflection. Inhabit a pumpkin head and burn books, hammer some moles, create a path for magic spheres… And there is more: In each level, you will be faced with an action sequence using a new exclusive gameplay! 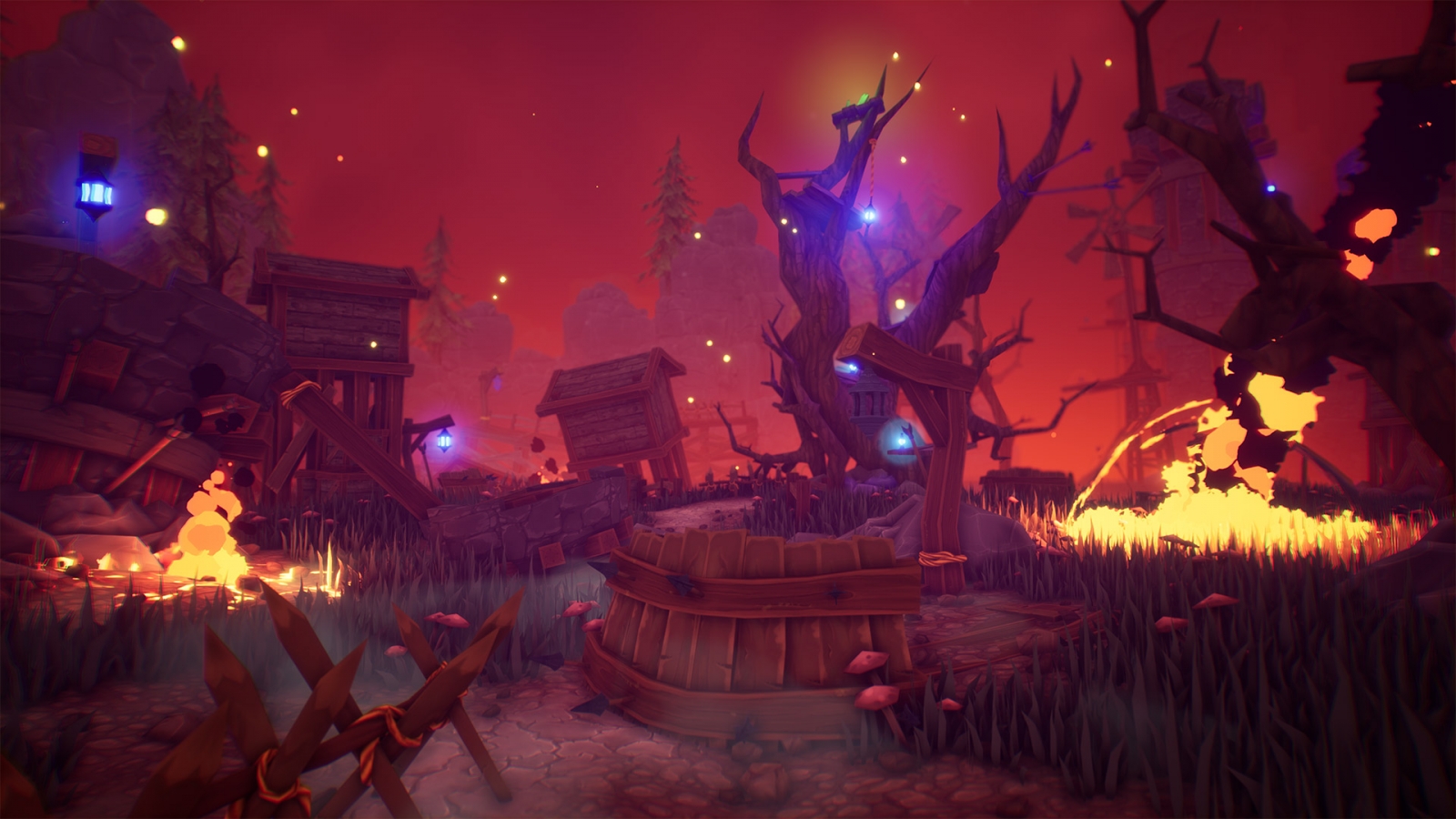