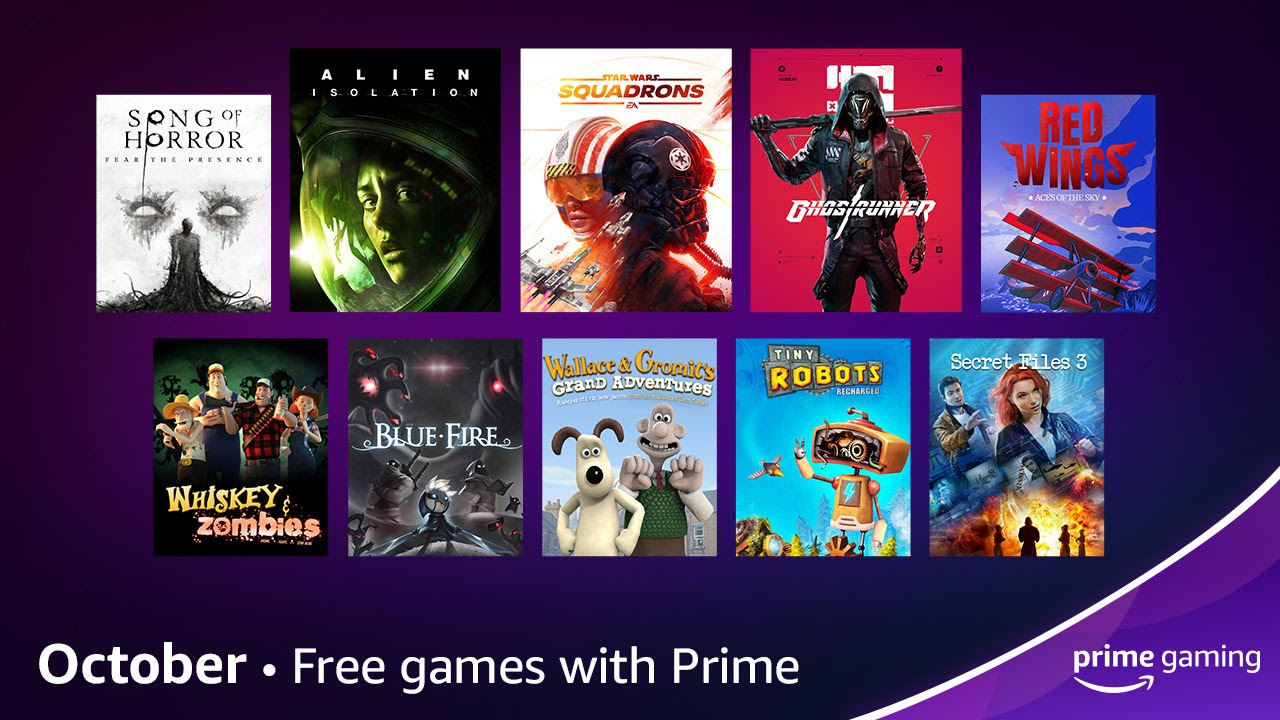 Amazon Prime members enjoy free games monthly through Prime Gaming. Similar to the free games recieved by players through both Xbox Live or PlayStation Plus, Prime Gaming offers a wide range of games monthly available to download on PC. This month Star Wars Squadrons, Ghostrunner, and Alien: Isolation are just a few of the exciting titles available. Read below for more info:

September 30, 2021 – Welcome to the October Prime Gaming content update! Add Prime Gaming to your fall plans with a selection of free games and content for popular titles, including:

Amazon Prime members can claim these offers for a limited time at gaming.amazon.com. For information on this month’s lineup, as well as the latest and greatest Prime Gaming news, visit primegaming.blog. Download assets here.

October brings new Free Games with Prime titles, including STAR WARS: Squadrons, Ghostrunner, Alien: Isolation and more and in-game content for Call of Duty, Apex Legends, Genshin Impact, League of Legends, Destiny 2 and more. Check out the latest video here to get an overview of this month’s biggest offers for Amazon Prime members. 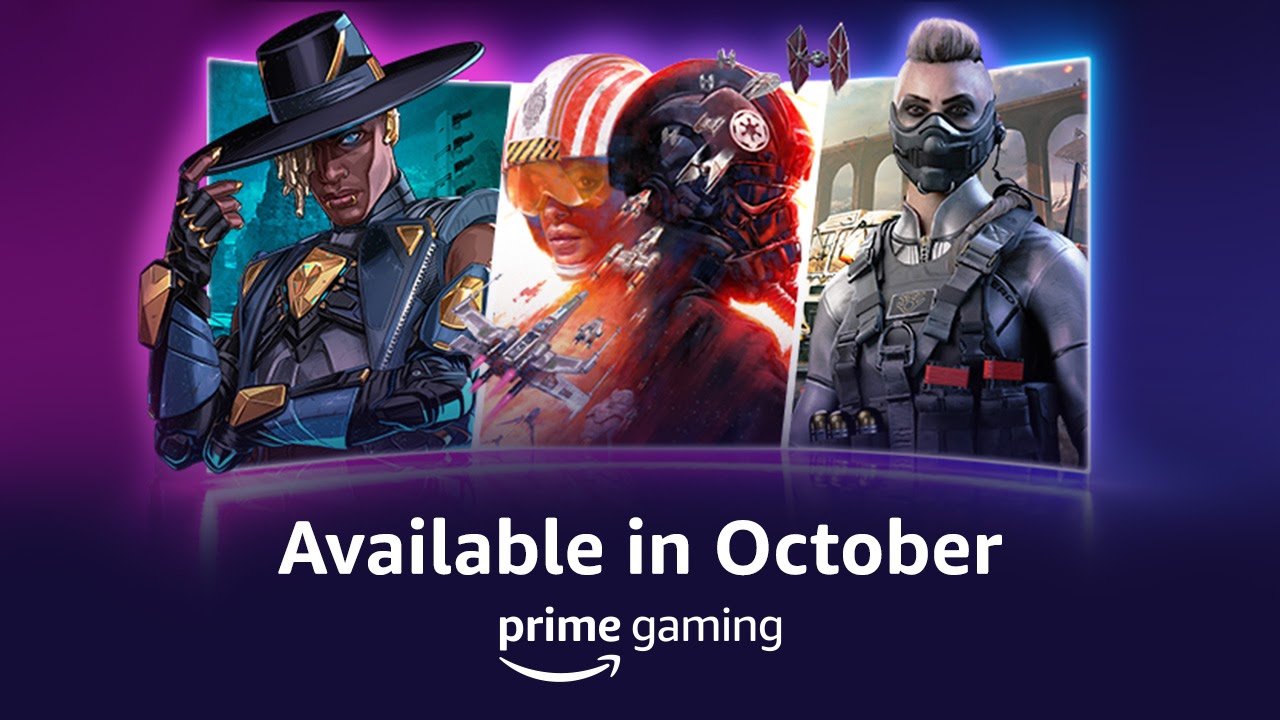 This month’s biggest offers include:

Apex Legends – Starting in October, Prime Gaming is going even bigger with Apex Legends. Prime members can grab the Electric Royalty Bundle with an epic Wattson skin and a shocking new look for the Volt SMG. Check back each month and claim the latest for your Legends.

New World – Players can get their gear and jump into one of Steam’s most-played games with the first Prime Gaming New World Pirate Pack, which includes Pirate Apparel, the Pirate Stance Emote and 5K Marks of Fortune. Look out for more Prime Gaming content in the coming months as Amazon Games continues to celebrate New World’s release!

STAR WARS: Squadrons – Coming in October, players can master the art of starfighter combat in the authentic piloting experience, while simultaneously feeling the adrenaline of first-person multiplayer space dogfights alongside your squadron.

Alien: Isolation – Coming in October, players can discover the true meaning of fear in the survival horror game, set in an atmosphere of constant dread and mortal danger.

Red Wings: Aces of the Sky – Accompany the legendary Red Baron and cheat death on your way to victory in the arcade action game that puts you in the middle of World War I aerial battles.

Wallace & Gromit’s Grand Adventures – Enter the colorful world of West Wallaby Street in a series of four cracking adventures brought to you by Aardman Animations, the creators of the Wallace & Gromit animated films, and award-winning Telltale Games.

Tiny Robots Recharged – Solve a legion of puzzles and riddles in this supreme adventure escape game.

Whiskey & Zombies: The Great Southern Zombie Escape – Jump into the comedy-adventure brawler/stealther set in a different kind of apocalypse where the only thing that kills the virus is moonshine whiskey.

Secret Files 3 – The dream couple Max and Nina have announced their forthcoming wedding in the final installment of the Secret Files trilogy.

Amazon Prime members can look forward to even more great content throughout the month of October, including new in-game loot and content drops for Call of Duty, Genshin Impact, Rainbow Six Siege, Paladins and more! Be sure to check out the full lineup at gaming.amazon.com.

For the latest on content, offers and sweepstakes, visitprimegaming.blog or follow the official Prime GamingTwitter,Facebook andInstagram accounts.