A new gameplay overview trailer has been released for the upcoming third-person action-adventure game Evil West, in which players taken the reins of a vampire hunter working to rescue a wild west devoured by darkness. Evil West is set to release on November 22nd, 2022 for the PlayStation 5, PlayStation 4, Xbox One, Xbox Series X|S, and PC. You can check out the overview trailer above and read below for more info:

Evil West, the third-person action-adventure that puts you in the boots of a vampire hunter rescuing a Wild West devoured by darkness, invites you on an introductory ride through its upcoming action-packed and narrative-driven adventure in a new Gameplay Overview Trailer. Prepare for the vampire-infested American frontier, releasing November 22 on PlayStation 5, PlayStation 4, Xbox Series X|S, Xbox One, and PC. 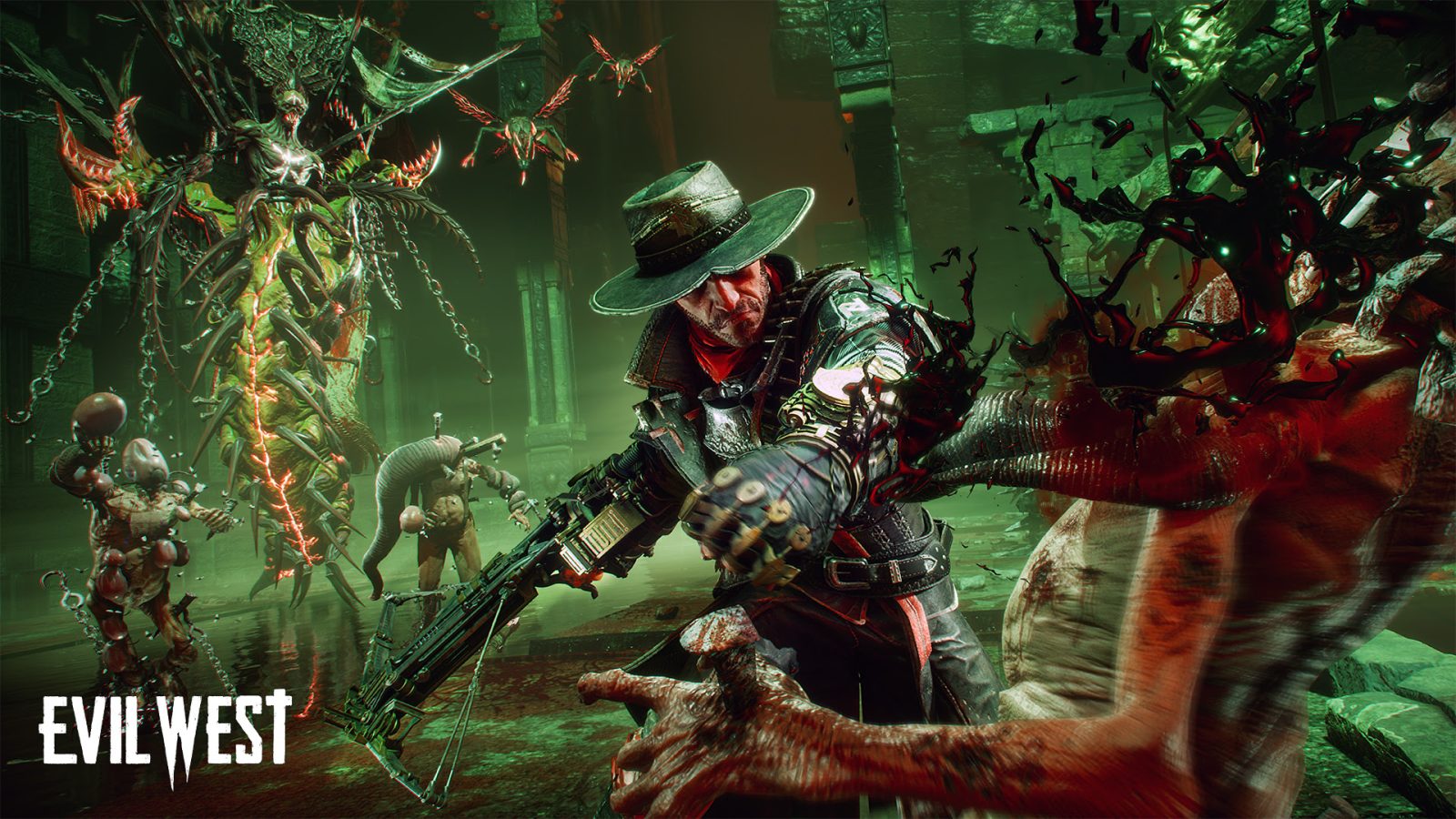 A heroic journey to achieve

Get to know Jesse Rentier, the young and skilled vampire slayer you’ll incarnate in Evil West. Star agent of the Rentier Institute, a secret monster-hunting organization led by his father and many generations of Rentier before him, he’ll have to take the action into his own hands after a deadly vampiric conspiracy emerges from the darkness and wipes out the Institute.

With the help of Edgar Gravenor, another survivor from the Rentier Institute, he’ll have to battle fierce foes and demystify the conspiracy, while rebuilding the organization and becoming the leader it needs.

To reach his goal, Jesse will explore every corner of the Wild West, looking for new Institute members and valuable leads on the conspiracy, taking money from abandoned chests and corpses and growing his arsenal of weapons all the while. Armed with both old-fashioned firearms and advanced technology such as the lightning-fuelled Rentier Gauntlet, combine Jesse’s weapons and tools to your liking, each of them coming with its own skill tree for customized upgrades. Then take part in explosive combat encounters with your own mix of powerful ranged attacks and devastating melee combos. 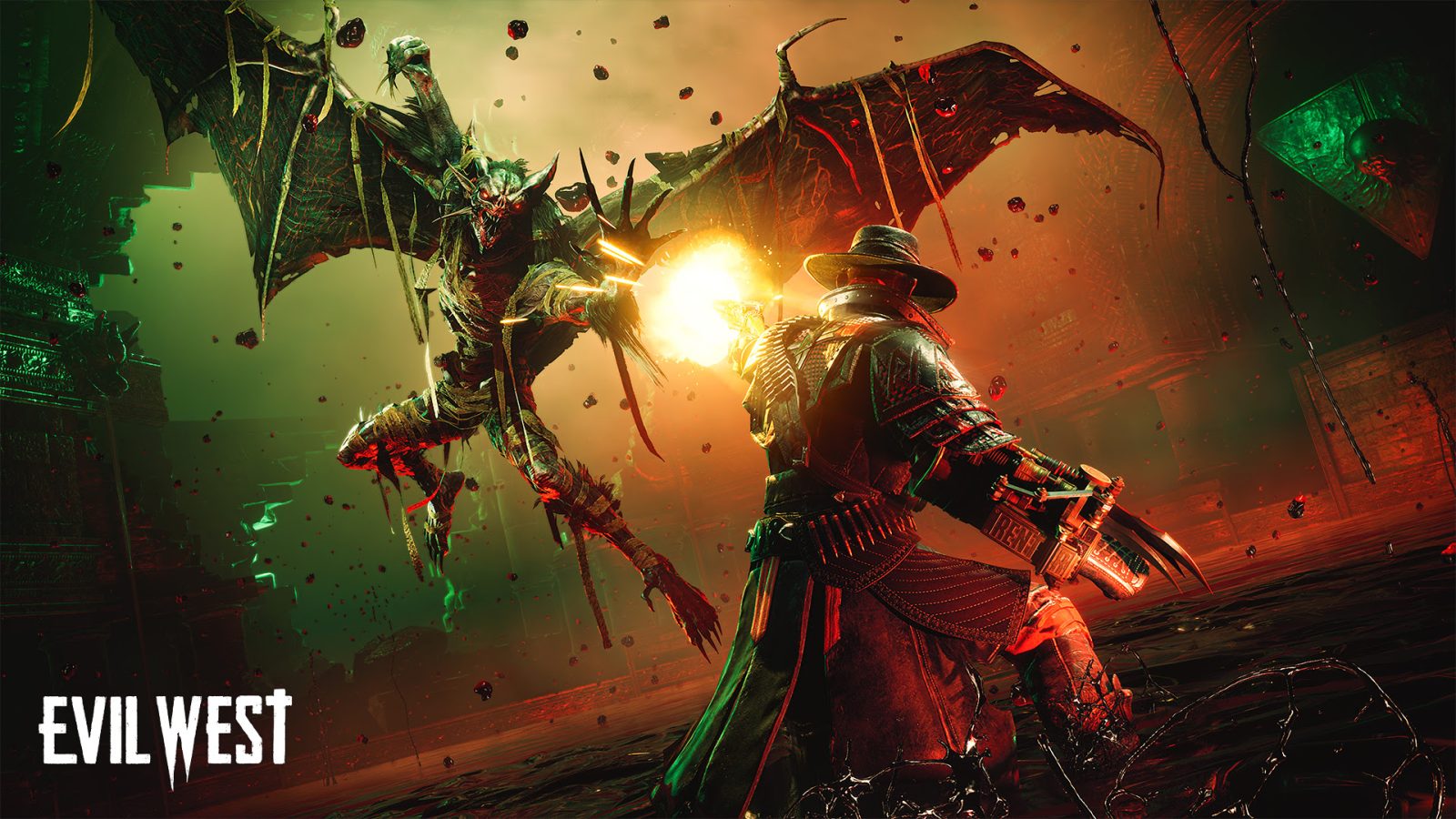 Get your hands on the ultra-limited Evil West – Signature Edition, a Focus Entertainment Store exclusive product available in only 50 copies worldwide. It includes a numbered laminated wooden frame printed with an exclusive artwork by artist Gabz, a physical copy of the game with the Focus exclusive box art, and the Wild Wild East Skin Pack DLC. Don’t miss it, pre-orders are now open!

Evil West releases November 22 on PlayStation 5, PlayStation 4, Xbox Series X|S, Xbox One and PC. Pre-orders are open across all platforms, and on the Focus Entertainment Store with an exclusive cover art for physical editions. Complete your collection on the Focus Entertainment Store with the ultra-rare Signature Edition, now available for pre-order.