Pre-orders for the highly anticipated Stray, a game in which players take the reins of a cat surviving a world void of humans, are now live. There are multiple version to choose from, including a standard basic edition and an ultra deluxe exclusive edition. Check out the trailer above for a glimpse of each edition and read below for more info:

Los Angeles – July 12, 2022 – Publishers Annapurna Interactive and iam8bit, in distribution partnership with Skybound Games, announced that physical editions pre-orders for Stray, the third-person cat adventure game developed by BlueTwelve Studio, are now live. Players looking to get their paws on the ultra deluxe Exclusive Edition of Stray(PlayStation 4 and PlayStation 5) can pre-order exclusively at iam8bit.com with shipping beginning in Q4 2022, while pre-orders for the retail edition (PlayStation 5) go live at retailers worldwide starting today and will ship on September 20, 2022.

In collaboration with iam8bit, BlueTwelve Studio, Annapurna Interactive, and Skybound Games, the iam8bit Exclusive Edition of Stray for PlayStation 5 and PlayStation 4 is available for pre-order for $44.99 via iam8bit.com and will begin shipping in Q4 2022. This premium edition includes a 14.4” x 24” poster of the iconic first teaser image released for Stray, harkening back to the initial reveal that so excited gamers and cat fans alike. Additionally, this edition features six art cards, plus a fuzzy, pettable chenille patch of the game’s cat-face logo, perfect for adorning backpacks of any size – all packaged within a matte black o-sleeve featuring an elegant holofoil finish.

Fans can also pre-order the Stray retail edition for PlayStation 5 starting at $39.99 USD which includes six full-color art cards along with a physical copy of the game. The retail edition will ship on September 20, 2022. 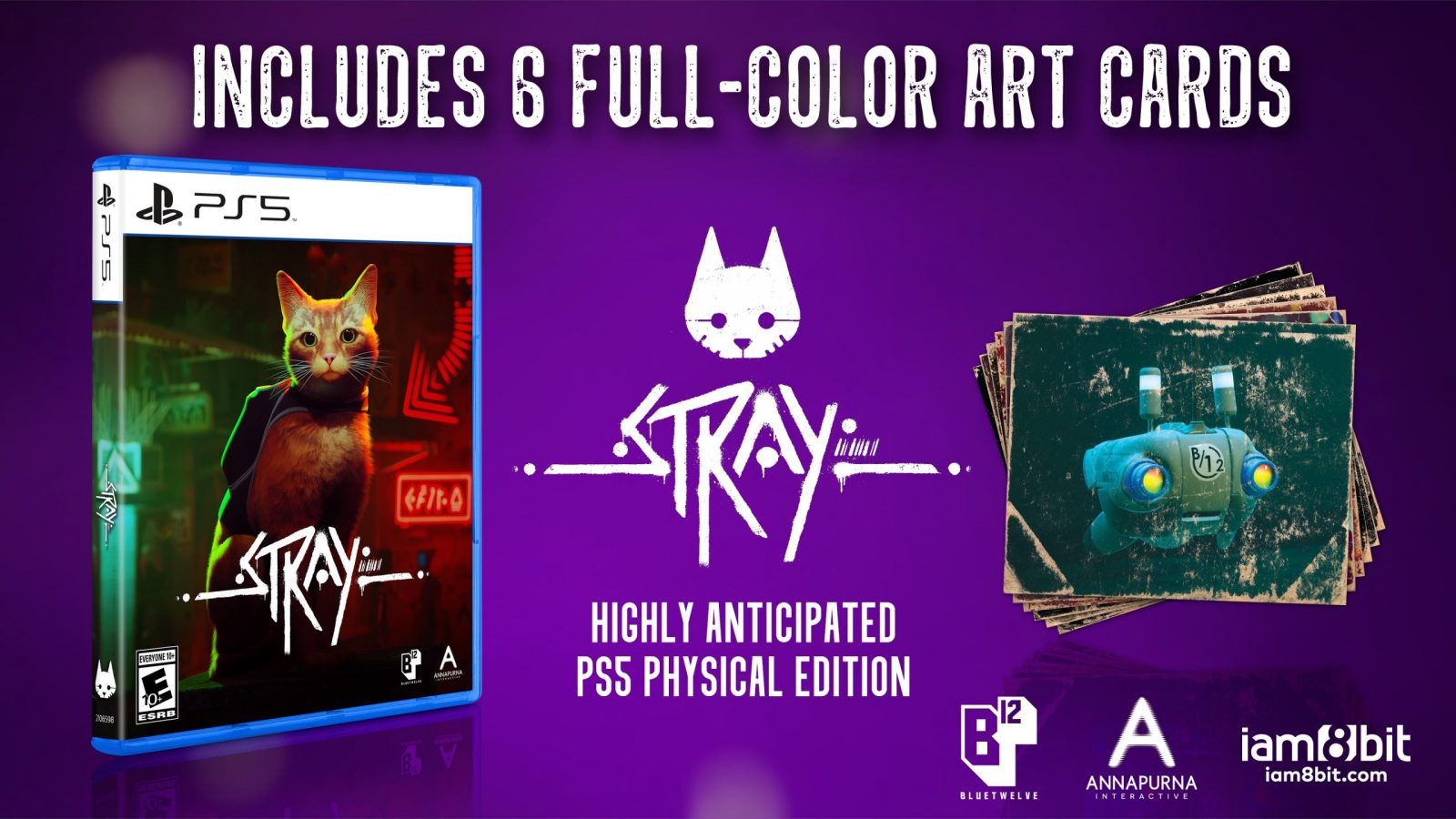 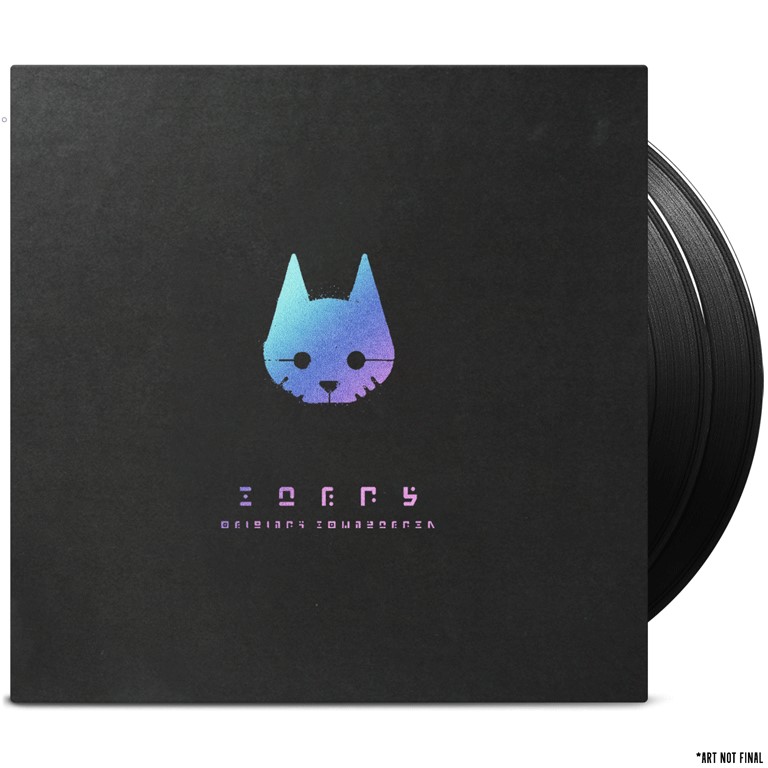 To accompany the physical editions, BlueTwelve Studio, Annapurna Interactive, iam8bit and Skybound Games will be releasing a sleek and stylish vinyl soundtrack featuring the Stray soundtrack by composer Yann Van Der Cruyssen. The 2xLP on 180g audiophile black vinyl features futuristic packaging showcasing the atmospheric album art from Fernando Correa, completed with an elegant slipcase highlighted by foil embellishments. The purchase of the Stray vinyl soundtrack for  $41.99 USD will also include a code to download a digital version of the album as well and will be shipping Q1 2023.

Stray will launch digitally July 19, 2022 for PlayStation 5, PlayStation 4 and PC via Steam. Players will take the role of a stray cat who must untangle an ancient mystery to escape a long-forgotten cybercity amidst the detailed neon-lit alleys and the murky environments of its seedy underbelly. Along the way, the cat befriends a small flying drone, known only as B-12. With the help of this newfound companion, the duo must find a way out.