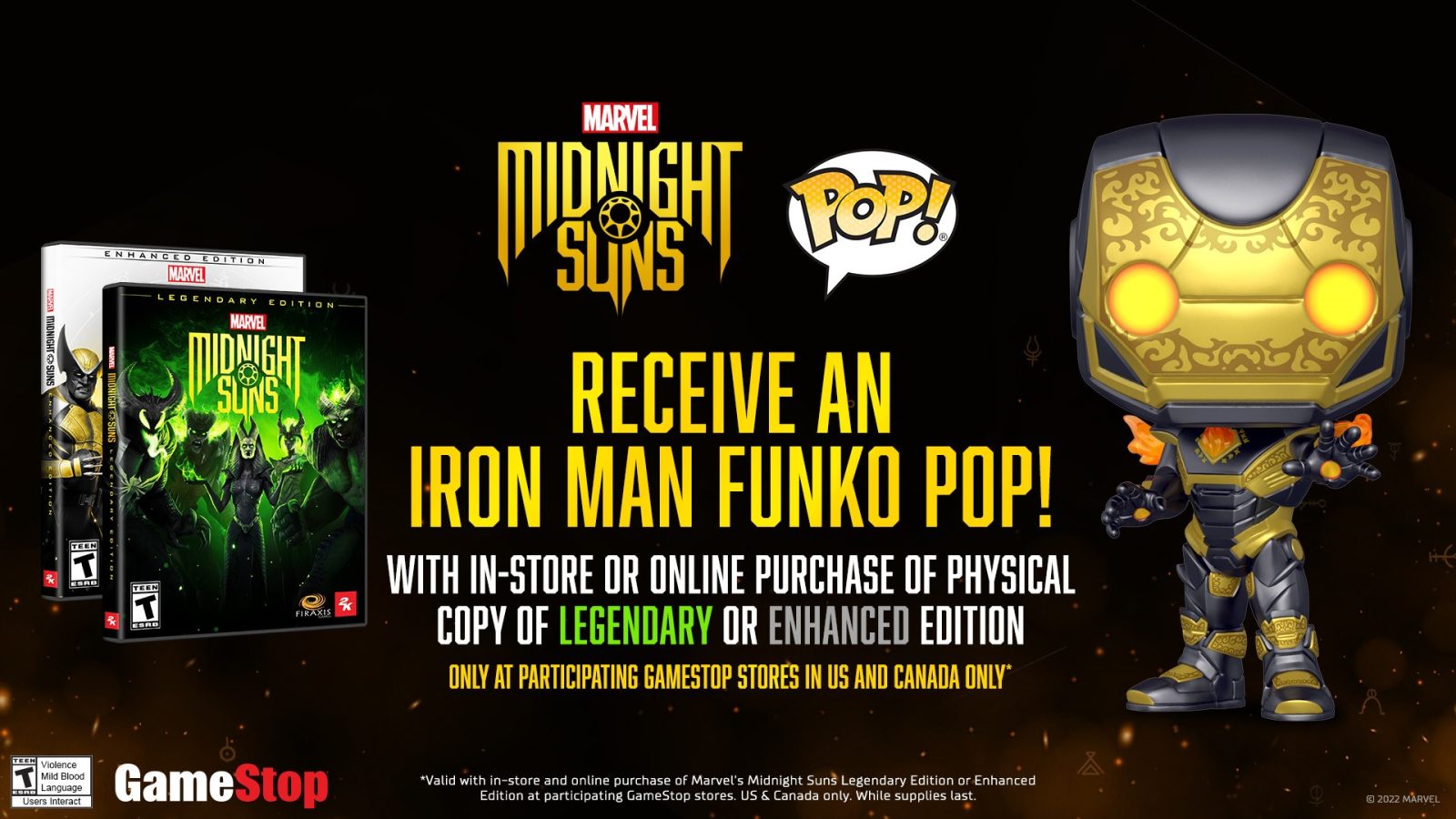 Fans who pre-order a physical copy of either the Legendary Edition or the Enhanced Edition of the upcoming Marvel’s Midnight Suns from GameStop in the US and Canada will receive a limited-edition Iron Man Funko Pop figure. You can check out a few pictures of the Funko Pop below along with additional information:

2K and Marvel Entertainment today shared the first photographs of a completely original, limited edition Iron Man Funko Pop collectible. The figure is currently available as a gift with purchase for GameStop customers who purchase a physical copy of the Legendary Edition or Enhanced Edition of Marvel’s Midnight Suns from participating GameStop stores in the US and Canada.* The design features stunning, intricate gold and black armor unique to Firaxis’ vision of the darker, more supernatural side of Marvel. 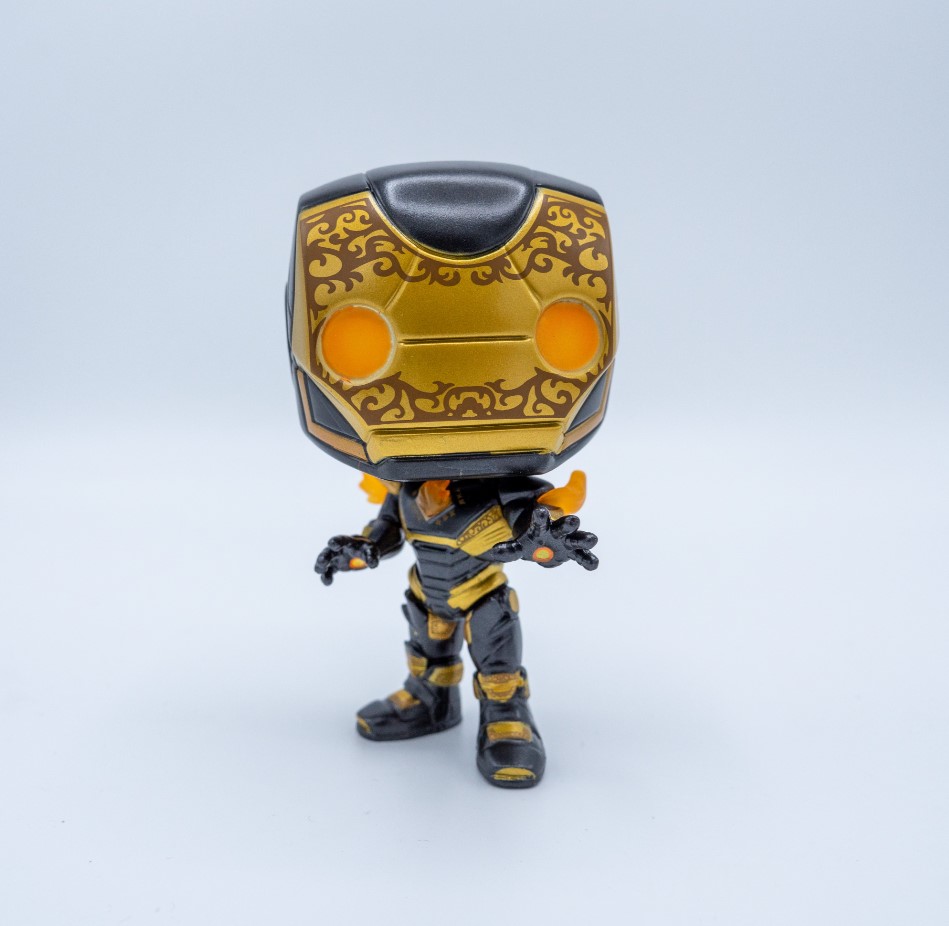 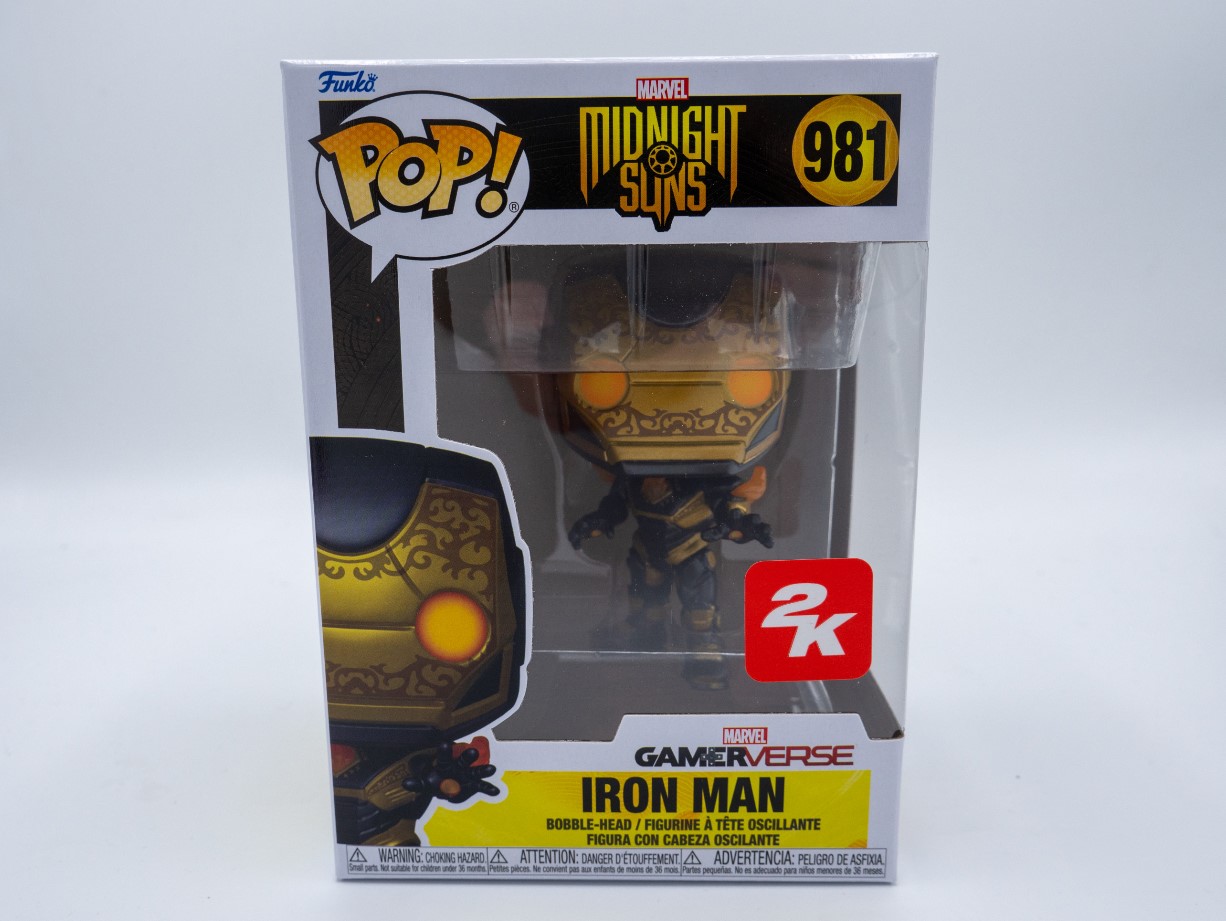 Marvel’s Midnight Suns will launch on December 2 for Windows PC, Xbox Series X|S, and PlayStation 5. Pre-orders are available now, and every customer who pre-orders any edition of the game, regardless of retailer, will receive the Doctor Strange Defenders Skin at launch.** Launch timing and SKU information for the Xbox One, PlayStation 4, and Nintendo Switch versions of the game will be shared at a later date.

The Standard Edition will be available for $59.99*** on Windows PC via Steam. It includes the base game;

The Enhanced Edition will be available for $69.99*** on PlayStation 5 and Xbox Series X|S. It includes a next-gen optimized version of the game for next-gen consoles and five premium cosmetic skins****;

The Legendary Edition will be available for $99.99*** on PlayStation 5, Xbox Series X|S, and Windows PC via Steam. It includes 23 premium cosmetic skins, as well as access to the post-launch Marvel’s Midnight Suns Season Pass*****. PlayStation 5 and Xbox Series X|S SKUs include the next-gen optimized version of the game for next-gen consoles.

For a full breakdown of what’s included in each version of the game, as well as pre-order bonuses, please visit www.midnightsuns.com.

In case you missed it, be sure to catch the latest gameplay trailer that showcases the full breadth of what players can do in Marvel’s Midnight Suns. As a new and customizable Marvel character, The Hunter, players will lead a powerful team of supernatural Super Heroes facing growing unholy threats and experience a tactical Marvel game unlike any other.

Looking ahead, don’t miss Marvel’s Midnight Suns Prequel Shorts, a set of five short videos that provide backstory on how Lilith became the Mother of Demons, and how Super Heroes like Blade, Magik, Ghost Rider and Nico Minoru came together to form the young core of the Midnight Suns. 2K and Marvel Entertainment recently debuted the opening intro and shared that the first short video will premiere on Halloween — October 31, 2022 — via the Marvel Entertainment YouTube channel. Marvel’s Midnight Suns Prequel Shorts is being animated by the talented teams at Sun Creature Studio and DIGIC Pictures