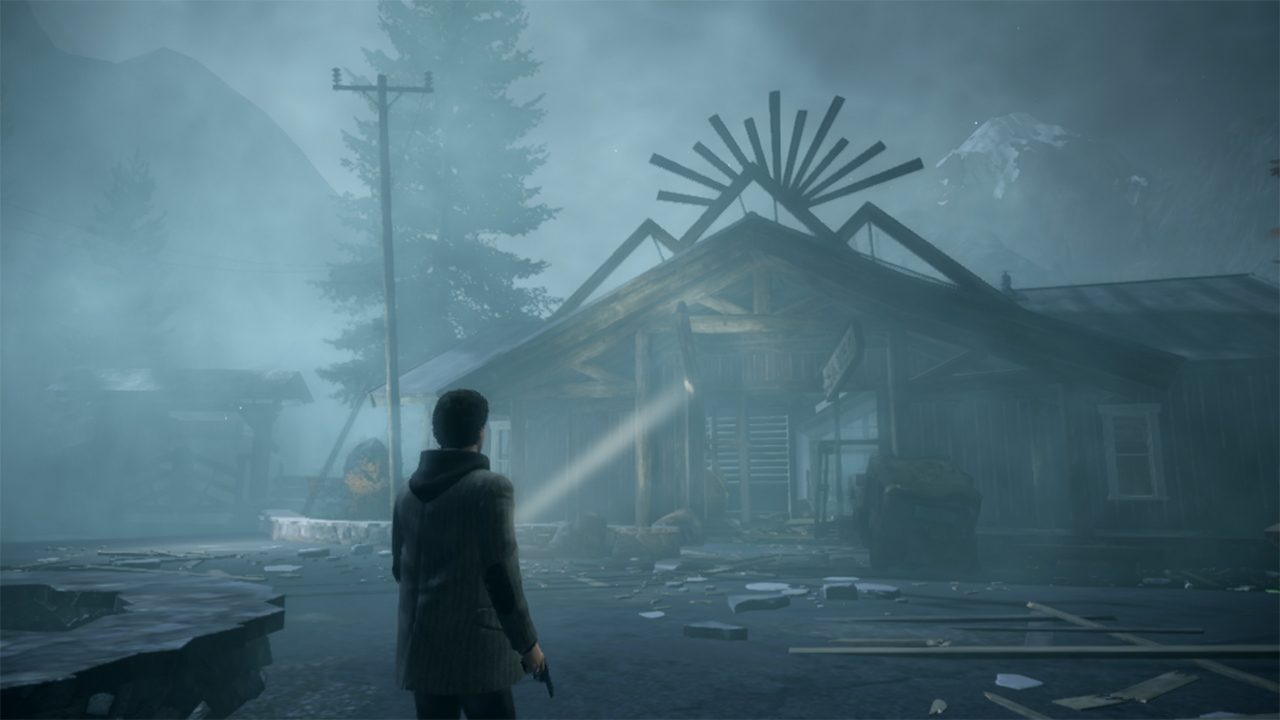 Alan Wake is one of my favorite games, and you can read what I thought of the remaster here. Now, I can take it everywhere and show it off to everyone instead of just talking it up. Stealthily added to the eShop today, 10/20, Alan Wake Remastered is available for the Nintendo Switch. It’s also launching at a discount, so grab it while the getting is good! Check out the new trailer and the release below.

ESPOO, Finland & CARY, NC. 20th October 2022 — Today, developer Remedy Entertainment and publisher Epic Games announced the release of Alan Wake Remastered for the Nintendo Switch. The game is available now on the Nintendo eShop, with a launch discount of 20% off the game’s usual $29.99 USD / €29.99 / £24.99 price.

In this award-winning cinematic action-thriller, troubled author Alan Wake embarks on a desperate search for his missing wife, Alice. Following her mysterious disappearance from the Pacific Northwest town of Bright Falls, he discovers pages of a horror story he has supposedly written but has no memory of.

Alan Wake Remastered offers the complete experience, with the main game and its two story expansions – The Signal and The Writer. The tense, episodic story is packed with unexpected twists, heart-stopping cliffhangers, and intense bursts of combat where it takes more than bullets to banish the darkness. The game’s cutscenes, quirky cast of characters, and the majestic Pacific Northwest vistas have been enhanced for an experience that delivers as much on its visual impact as its unnerving atmosphere.

Alan Wake Remastered is also available on PC on the Epic Games Store, and via physical and digital editions on PlayStation 5, PlayStation 4/Pro, Xbox Series X|S, Xbox One, Xbox One X and Xbox One S.