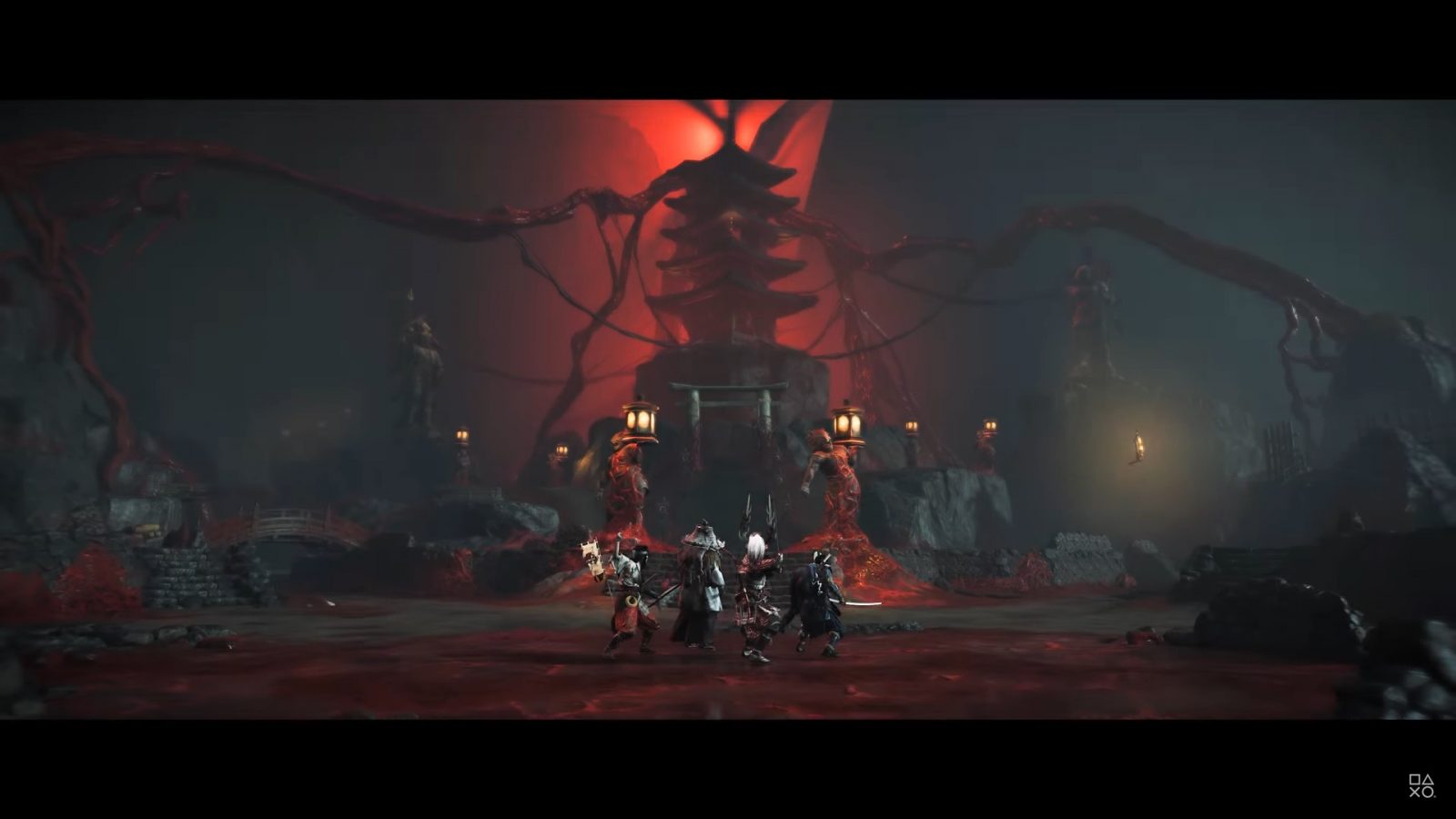 The four PlayStation Plus games for March 2022 have been announced. Next month, players will be able to download ARK: Survival Evolved, Ghostrunner, Ghosts of Tsushima: Legends, and Team Sonic Racing. You can read more about each game below:

The March PlayStation Plus lineup will test your survival, racing and combat skills in equal measure. Prove you’ve got what it takes to survive a deadly island wilderness in Ark: Survival Evolved, outpace the competition in Team Sonic Racing and sharpen your reflexes in cyberpunk first-person adventure Ghostrunner. And in addition to those titles, team up and take on fearsome, supernatural foes in bonus game Ghost of Tsushima: Legends*, which joins the lineup this month.

All games will be available to download starting Tuesday, March 1**.

Let’s take a closer look at each game in turn. 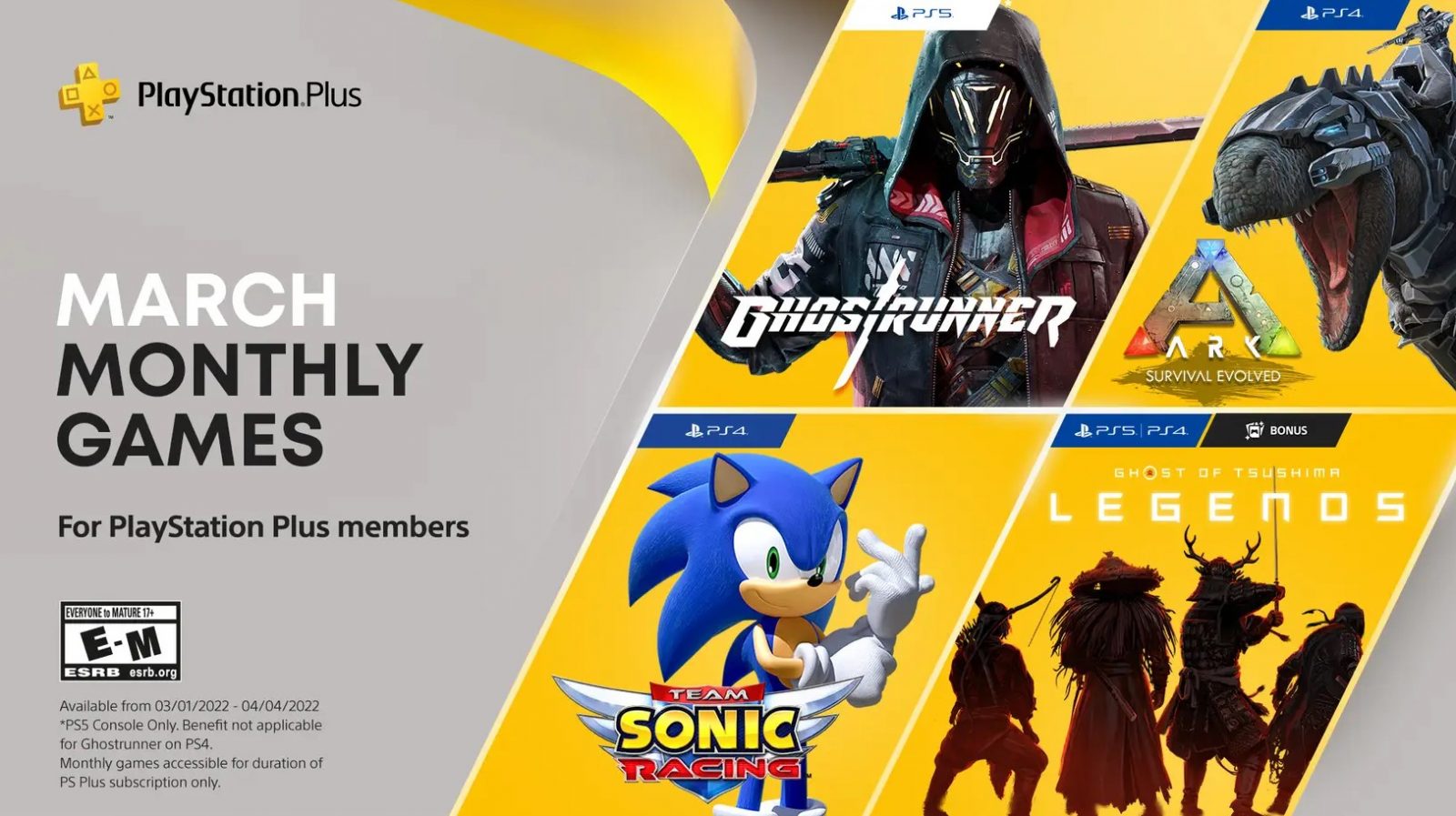 In this MMO survival game***, you awaken on the shores of a mysterious island and must quickly adapt to everything its hostile environment throws at you. Harvest resources to craft items and build shelters, and use your newly crafted equipment to kill, tame or breed leviathan dinosaurs and other creatures that roam the land. And you’re not the only one stranded: team up with – or prey on – hundreds of other players.

The speeding ‘hog switches sneakers for wheels in this thrilling, competitive style arcade racer. Face-off with friends in intense multiplayer racing***, race together across stunning worlds and work together as a team by sharing power-ups and speed boosts. Pick one of the Sonic franchise’s iconic faces, who have been split across three distinct character types, then unlock game changing vehicle customization options to suit your racing style.

Wield a blade and perform amazing parkour feats to battle your way up a megastructure tower city in this intense, fast-paced first-person adventure. Slice your enemies with a monomolecular katana, dodge bullets with your superhuman reflexes, and employ a variety of specialized techniques to prevail. One-hit one-kill mechanics make combat fast and intense. Use your superior mobility (and frequent checkpoints!) to engage in a fearless, never-ending dance with death.

Ghost of Tsushima’s standalone, cooperative multiplayer experience*** is inspired by Japanese folk tales and mythology. Choose from four unique classes – Samurai, Hunter, Ronin or Assassin –  and invite friends or use online matchmaking to fight side-by-side as legends in four exciting game modes. Pair up to progress through the Story missions, gather three other players to take on Survival or go two versus two in the competitive Rivals.

****PS5 console only. Benefit not applicable for Ghostrunner on PS4.